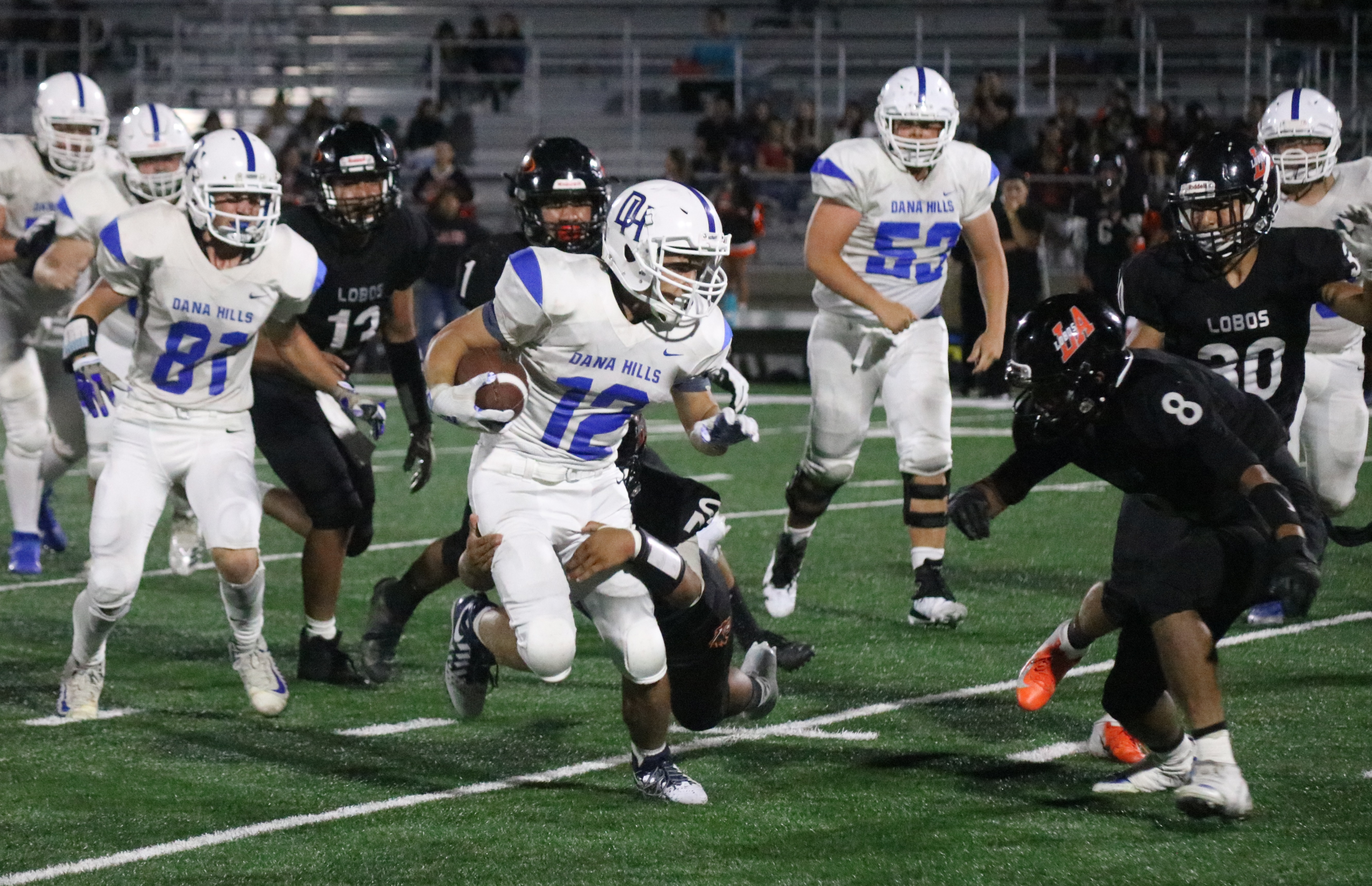 Dana Hills is 1-0 for the first time since 2010, and the Dolphins will look to continue on that momentum into their home opener against Northwood on Friday, Aug. 30.

In their 27-7 win over Los Amigos, the Dolphins showcased a suffocating defense and an effective offense. Dana Hills will need that same balance to keep the Timberwolves’ passing attack on its heels and off the field.

Northwood opened with a 54-0 win over Saddleback Valley Christian on Aug. 23. Senior quarterback Jaden Piazza completed 21 of 32 passes for 211 yards and four touchdowns. Junior Travis Arena caught 10 passes for 152 yards. The Timberwolves held SVC to 65 yards of total offense, with only 1 yard passing.

Friday’s game will also be Senior Night at Dana Hills, with a ceremony to honor those players at 6:30 p.m. The Dolphins kick off against Northwood at 7 p.m. Tickets are available for $10 at the gate or online at gofan.co/app/school/CA7915.

The Dana Hills boys cross country team slotted in at No. 5 in Division 2 in the CIF-SS preseason rankings released on Monday, Aug. 26 by PrepCalTrack.com.

The Dolphins lost a host of strong seniors from last year’s team, but the Dolphins will be paced by senior Carrick Denker, with strong youth always coming up through the Dana Hills ranks.

The Dolphins face off against Mission Viejo and San Clemente in a two-mile race on Friday, Aug. 30 at Mission Viejo before the season gets into full gear with a trip to Hawaii for the ‘Iolani Cross Country Invitational on Sept. 14.