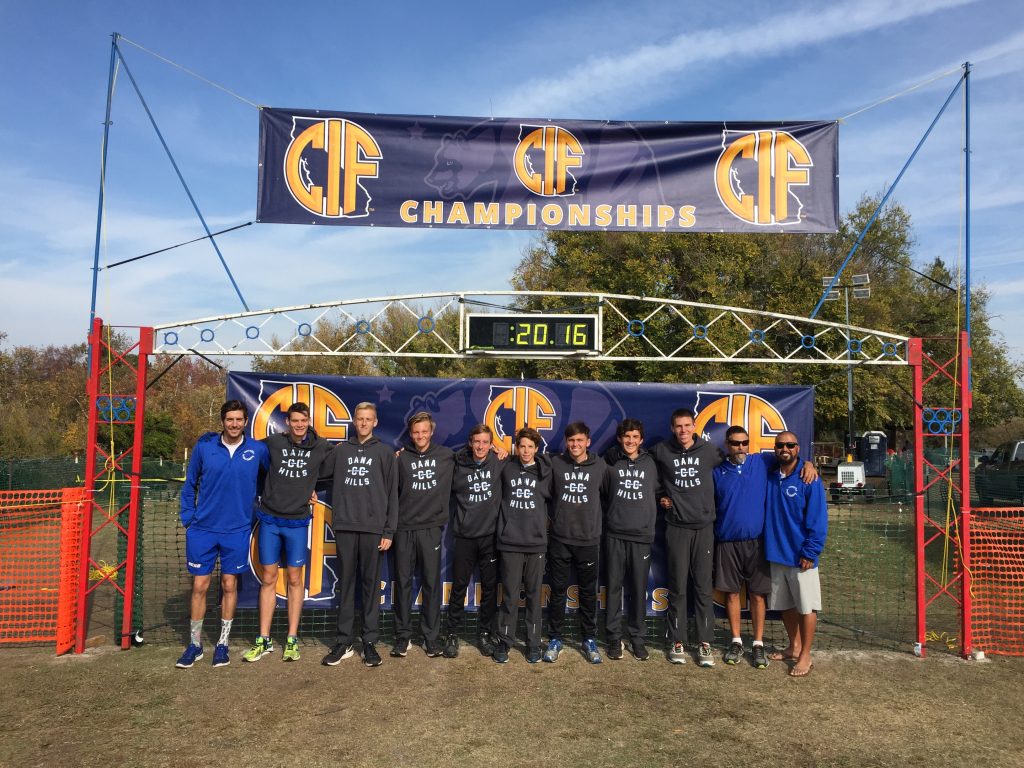 On Nov. 26, the Dana Hills boys and girls cross country teams showed again why they continue to be among the top programs in the state.

Competing in the CIF State Cross Country Championships in Fresno, the boys team placed second and the girls team took fifth in Division 1.

The boys packed three runners inside the top-22 to power its way to a second-place finish. Junior Jack Landgraf was the Dolphins highest finisher. He looped the course in a time of 15:30.3 for a 12th-place finish. Senior Brandon Hough (15.31.4) was right behind Landgraf in 13th place and senior Thomas Wilfert (15:46.3) placed 22nd. Sophomore Eddie Wagenseller, freshman Carrick Denker and sophomore Simon Fuller finished 42nd, 46th and 52nd, respectively.