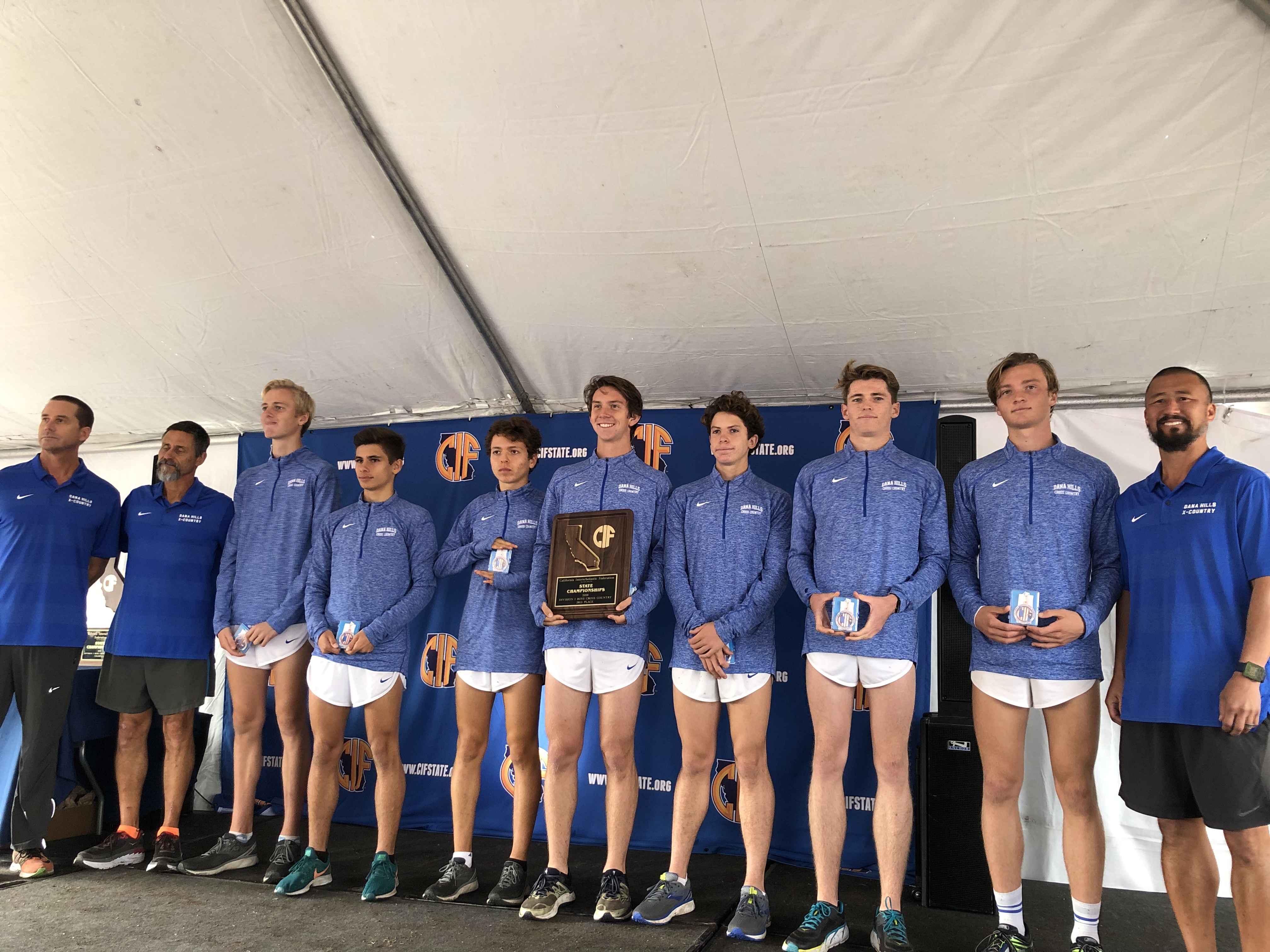 The Dana Hills cross country group completed yet another strong season in its long legacy with another podium finish at the State Championships.

The Dolphins put three runners in the top 31 and their scoring five in the top 51 to earn third place in Division 1 at the CIF State Championships at Woodward Park in Fresno on Saturday, Nov. 24.

Dana Hills was in the team lead after the first mile with three runners in the top six and five in the top 22, but by the second mile, fellow Southern Section powers Great Oak and West Ranch pulled ahead of the Dolphins, and that’s how the final standings read, with Great Oak emerging as state champion.

Great Oak won with 61 points, West Ranch at 72 and Dana Hills posted 134 points to finish ahead of Dublin with 166. The Dolphins posted one of the stronger five-man spreads with only a 38-second gap between their runners, which was the seventh-best in Division 1.

Senior Simon Fuller closed out his Dana Hills cross country career with a time of 15:18 to pace the Dolphins by finishing 11th overall. Junior Carrick Denker came in at 21st with a personal-record 5,000-meter time of 15:32. Sophomore Brandon Pizano was the third Dolphin across the line with a time of 15:43 in 31st place.

The third-place State bronze stacks up nicely with the rest of the Dolphins’ top accomplishments this season. Dana Hills earned a silver runner-up plaque at the CIF-SS Division 1 finals on Nov. 17, took seven of the top eight positions to dominate the South Coast League Finals once again and became the first team to win four consecutive Orange County Championships.

The Dana Hills doubles team of Courtney Swift and Drae Fresenius won their round of 32 match on Tuesday, Nov. 27 to advance to the round of 16 at the CIF-SS Individual Championships at Whittier Narrows Tennis Center.

The round of 16 and quarterfinals took place on Wednesday, Nov. 28 at Seal Beach Tennis Center, but the pair were unable to advance.

The South Coast League champions had only been paired up at league finals, but they won that title and advanced through individual sectionals on Nov. 19.

Swift is headed to the Air Force Academy, and Fresenius is off to San Jose State for volleyball.