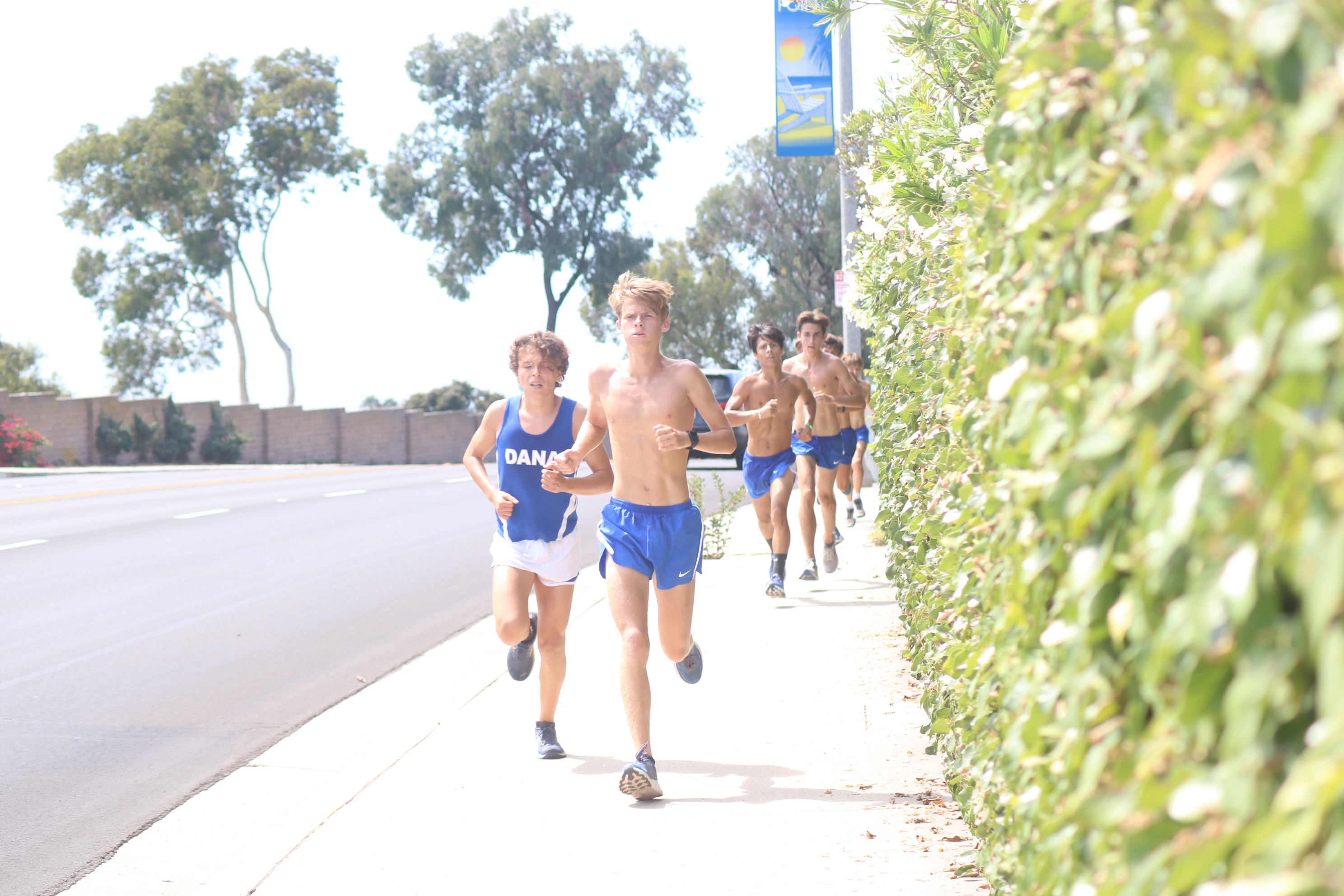 Simmons coached volleyball at Dana Hills for 35 years before his retirement in 2018. Simmons died of cancer on Sept. 2 at the age of 62.

Full coverage of Simmons’ celebration can be found online at DanaPointTimes.com on Friday afternoon, Sept. 27.

Dana Hills will welcome in 5,000 athletes from 110 schools at the 46th Dana Hills Nike Invitational on Saturday.

Runners start with two laps through the softball fields, campus and auxiliary baseball field, down Stonehill Drive, left on Golden Lantern and back through before turning to the stadium and one lap around the track in the three-mile race.

Dana Hills is coming off a double team win in the boys and girls Division 2 senior/invitational races at the Mt. Carmel Invitational on Sept. 21 at Balboa Park in San Diego.

Girls volleyball was swept in its league opener against Aliso Niguel, but the Dolphins earned four-set victories at Trabuco Hills and over El Toro. Dana Hills played at four-time reigning league champion San Juan Hills on Thursday, but results were not available at press time.

Boys water polo dropped a tough opener to rival San Clemente, but the Dolphins beat Tesoro, 11-8, to even their league record. Dana Hills returns to league on Oct. 8 at home against El Toro.