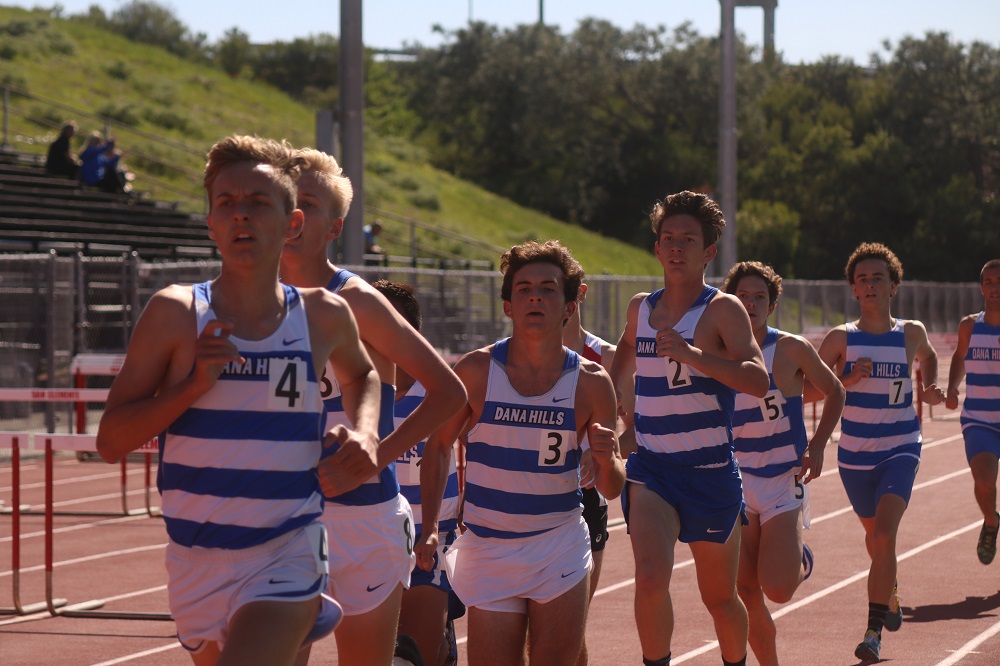 The Dana Hills cross country program has long been a staple of the Southern California running landscape, and the program’s invitational meet continues to be one of the premier early-season dates on the cross country schedule.

The event runs 22 races with the event’s 5,482 runners separated into divisions by enrollment size and level of competitiveness. The top runners are selected for the invitational races that run with the Division 1 seniors.

As always, the three-mile course covers the entirety of the Dana Hills campus. Runners make two laps through the softball fields, backside of campus, baseball field, Stonehill and Golden Lantern before turning toward the stadium. Runners enter the stadium on the west end from the parking lot, run one lap around the track and cross the finish line at the 50-yard line in front of the main stadium stands.

The Dolphins are coming off a strong effort in the Mt. Carmel Invitational at Balboa Park in San Diego.

The boys took third place in the Division 1 invitational/senior race with a 54 second gap in its top five. Simon Fuller led Dana Hills in fourth place at 15:43.8. The girls finished 11th in the overall combined results.

San Clemente surged ahead in the second quarter and held off a flurry of late Dana Hills advances, including sweeping an attempt off the goal line as time expired, to take round one of the rivalry, 10-9, in front of a packed pool deck at San Clemente High School.

San Clemente made several point-blank saves late in the match and kept arms up in passing and shooting lanes to keep the Dolphins at bay.

Dana Hills’ Justin Edward had more than his fair share of saves to keep the Dolphins within one, including a save with 15 seconds remaining that sparked a final dramatic play.