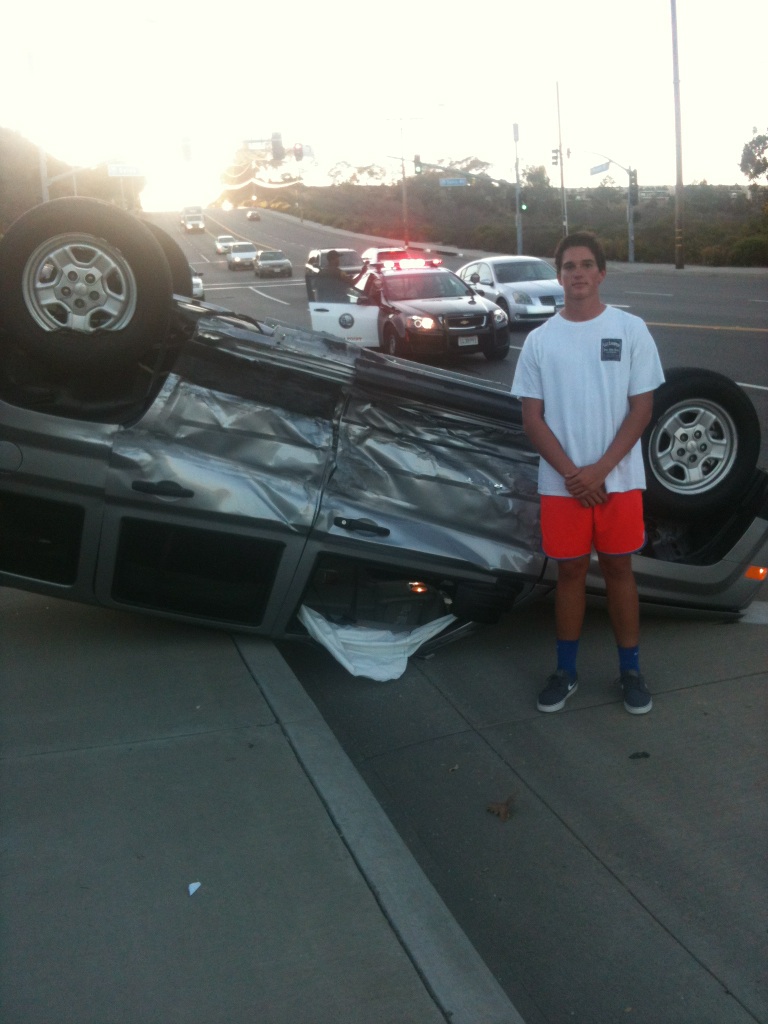 For scores, in-game updates, news and more for all of the Dana Hills High School fall sports programs, follow us on Twitter @SouthOCsports.

While driving to a team dinner on Sept. 25, Dana Hills senior quarterback Cole Wilber was struck by another vehicle at the corner of Stonehill Drive and Selva Drive in Dana Point.

Wilber, who was going through an intersection at the time, was t-boned by a vehicle trying to make a turn, causing the quarterback’s car to flip over “at least two times” and slide on its roof for dozens of yards before coming to a stop.

Wilber emerged from the wreck unscathed, save for a few minor scratches. Wilber felt good enough to suit up for the Dolphins game against Garden Grove the next day.

“I slid about 20 yards past the intersection and ended up upside down. My side door was completely caved in. The window was shattered,” Wilber said. “But I knew that my team needed me. I had to put that aside and worry about my team. It was my last homecoming game. I wanted to participate in that.”

Junior Mason Coppi bested the field at the Dana Hills Nike Invitational with a time of 14:33 to earn the individual title and help lead the Dolphins to a first-place overall finish at their home event on Sept. 27.

Junior Sienna Serrao was the highest finisher for the girls team, coming in 20th overall. The girls team finished fourth at the event.

The Dana Hills girls volleyball team will enter league play on a high note after defeating visiting Laguna Beach in three sets in a nonleague match on Sept. 30.

Dana Hills (4-7) was set to open South Coast League play with a match against Tesoro on Oct. 2. Results were not available at press time.

The Dolphins (4-1, 2-0 league) doubles team of Emilia Gorczyca and Dana Mackensen won all three of their sets in the team’s loss.

Dana Hills senior Tori Hummel earned co-medalist honors by shooting a pair of 36’s (E) at both El Niguel Country Club and Bella Collina Golf Club, but the Dolphins were bested in both matches.