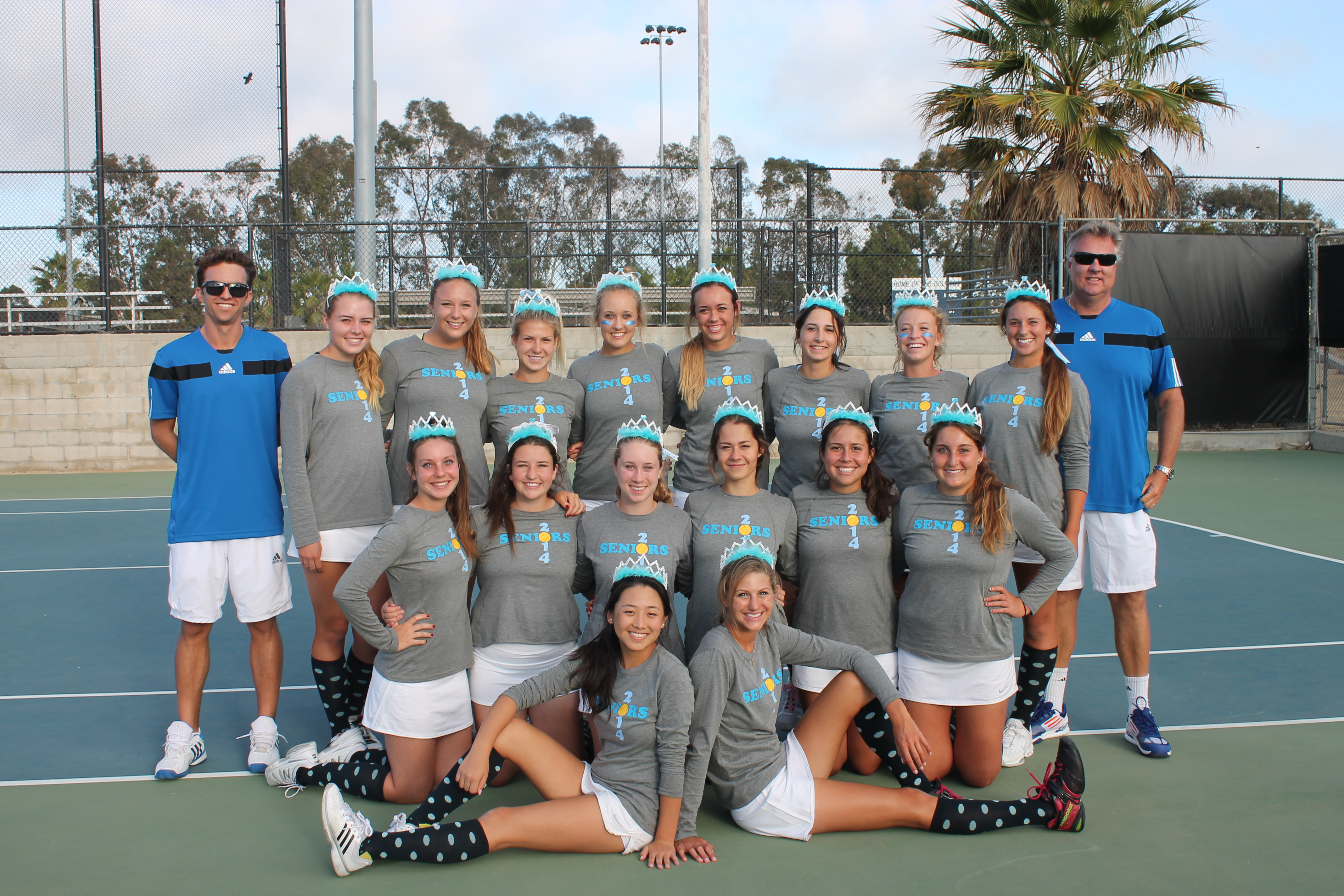 The Dana Hills girls tennis team cruised past Notre Dame and Santa Margarita in the first two rounds of the CIF-SS Division 1 Championships but were brought to a sudden halt in the quarterfinals.

The Dolphins squared off against University on November 11 and were defeated 13-5.

University, who knocked Dana Hills out of the playoffs last season, swept the Dolphins in singles play and won five out of nine points available in the doubles format to seal the win.

Dolphins Volleyball Falls in Second Round of Playoffs

The Dolphins, playing with a healthy lineup for the first time in weeks, coasted their way past visiting Northwood on Tuesday, punching their ticket into the second round of the tournament. The Dolphins were set to host Great Oak in the second round on November 14. Results were not available at press time.

But following Friday night’s game, this Stallions team can say that they are the first Sea View League champions in school history.

Dana Hills will now host Newport Harbor in the first round of the CIF-SS Southwest Division Championships on November 15.

The Stallions and Dolphins both consistently ran the ball in the opening two quarters, drawing each other to a standstill.

After driving down to the Stallions (9-1, 4-0 league) seven-yard line in the second quarter, Dana Hills (5-5, 3-1) quarterback Mac Vail lofted a pass to the corner of the end zone but was picked off by senior William Blum. It would be the first of two interceptions by Blum on the night.

The Stallions came into the second half with a renewed effort of stopping the Dolphins run game. After sacks by Jacob Venegas and Curran Lapes forced a Dolphins three-and-out, Stallions senior Tim Newman returned the ensuing punt 64 yards for a touchdown to make it 14-0.

“We worked on controlling the line of scrimmage all week and it pulled through in the game. We were just making plays. It was huge and just gave us the momentum,” Walsh said.

After the Stallions scored again on a 10-yard touchdown pass from Gibson to Mike Miscione, Dana Hills went on a fourth-quarter scoring spree.

Dolphins junior running back Brian Scott punched in a touchdown from three yards out, Vail connected on a 47-yard touchdown pass to Reid Lundeen and, after recovering an onside kick, Vail threw another touchdown pass to Lundeen, from 21 yards out, to bring it to 28-21 in the blink of an eye.

But the clock had already wound down and the damage was done. San Juan Hills, who were the owners of an 0-10 record two seasons ago, was not to be denied.

Three goals from both Grady Williams and Spencer Likins, coupled with a strong second-half defensive effort, pushed the Dana Hills boys water polo team past Santa Margarita in the first round of the CIF-SS Division 1 playoffs on November 13.

The Dolphins jumped out to an early 3-0 lead, but saw that shrink to just a one goal advantage when the score stood at 4-3 after two quarters.

The Dolphins were able to separate in the second half, outscoring the Eagles 4-2 down the stretch. Dana Hills will travel to play Newport Harbor on November 16 in the quarterfinals.