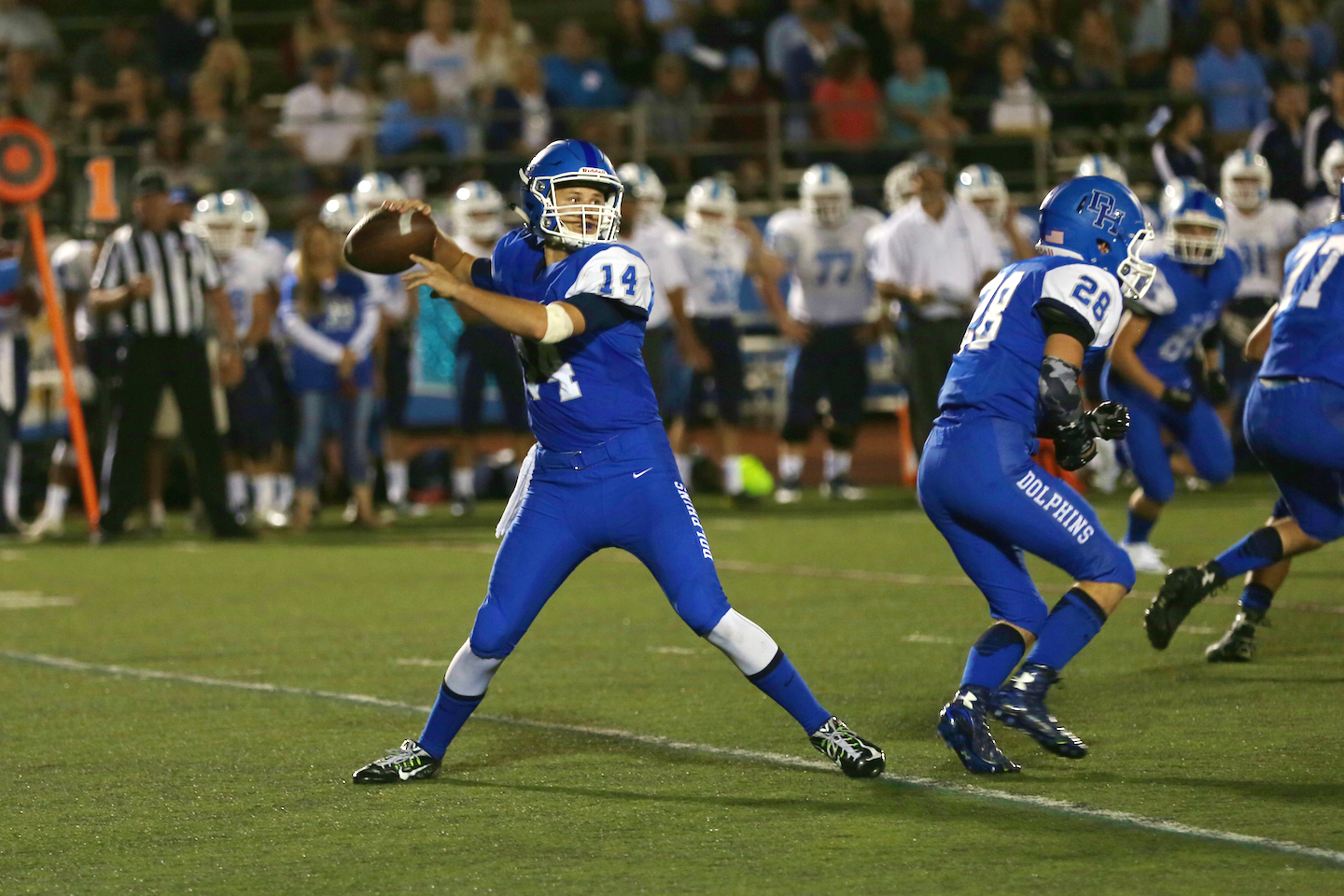 As the 2015 fall prep sports season comes to an end, we use statistics and numbers to look back on the standout performances, achievements and seasons put together by Dana Hills High School athletes.

389—Number of saves recorded by boys water polo goalie Riley Zachary this season. Zachary’s 389 saves led all Orange County net minders. Zachary, who has now led the county in the category two years in a row, narrowly edged out Fullerton’s Luke Dumlao, who had 385 saves.

113—Goals scored this season by senior water polo player Bennett Williams. Williams, who is committed to Stanford, finished fifth in the Orange County scoring title race. Williams also had 47 assists this season, tied for the 14th highest mark in the county.

1,209—Total number of passing yards recorded by Dolphins quarterback Corey Cisowski in 2015. Cisowski, a sophomore, stepped into the starting role for the Dolphins and averaged 120 passing yards per game