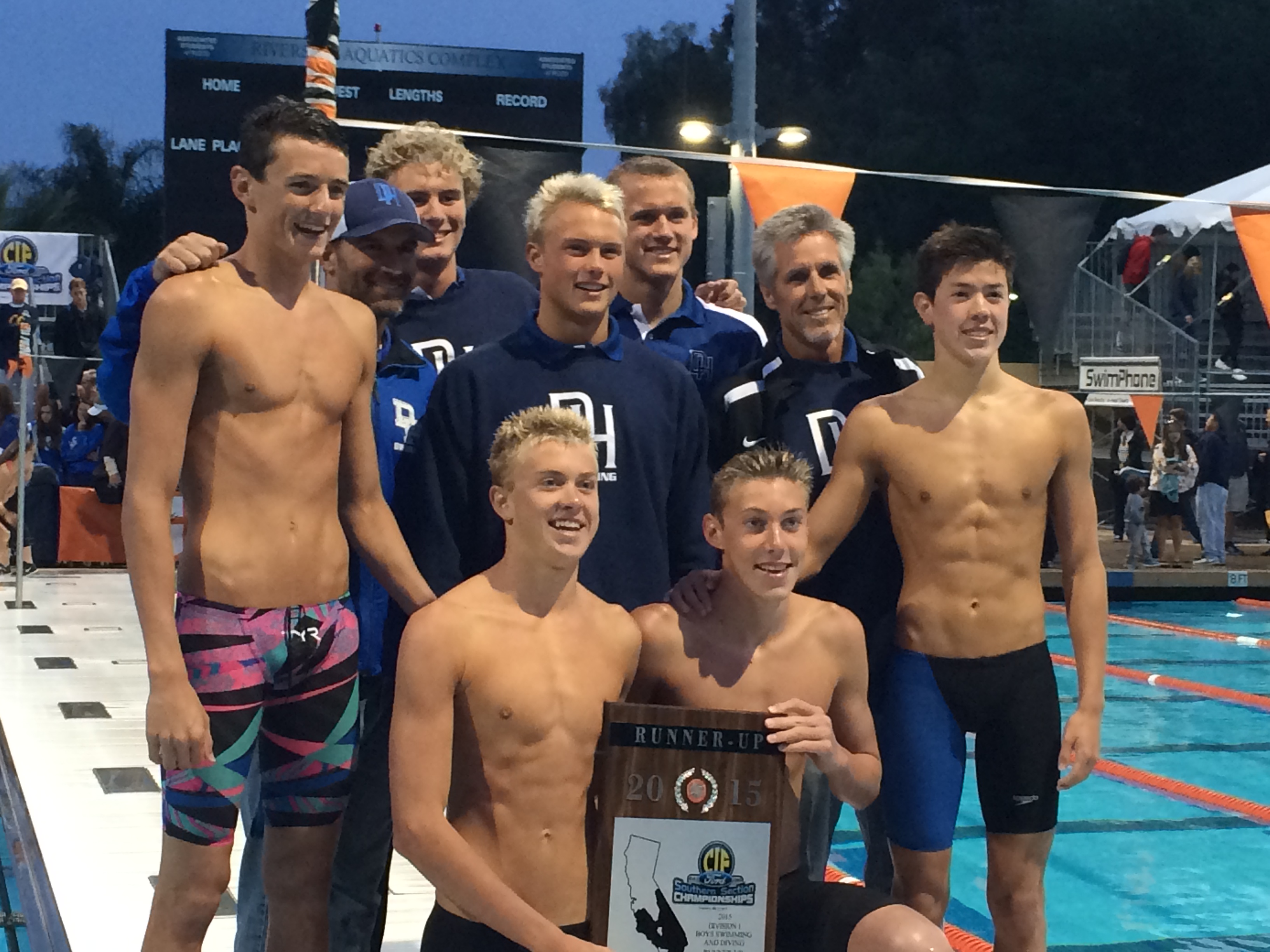 The Dana Hills boys swim team got a substantial boost from their divers and outlasted the second-seeded Loyola High School 400 freestyle relay team in the last event of the day to secure a second-place finish at the CIF-SS Finals at Riverside Community College on May 16.

In order to stay in second place, the Dolphins needed to keep within two spots of Loyola’s 400 freestyle relay team during the event. The Dolphins finished fifth and Loyola took third, handing the Dolphins a one-point advantage in the overall standings.

Greenberg was the only Dolphin diver who advanced to state competition, where he finished fourth.

Shane Forker took fourth in both the 200 and 500 freestyle, setting a new record in the 500. Trent Pellini finished 17th in the individual medley and ninth in the 100 breaststroke, both school records. Michael Smith’s eighth-place effort in the 100 fly set a school record.

On May 30, the Dana Hills High School football program will host their annual high-profile Airstrike Elite Passing Tournament on campus from 8:30 a.m. to 5 p.m.

Pool play will start at 8:30 a.m. and the afternoon championship bracket starts at 1 p.m. The championship game will take place in the stadium at 5 p.m.

The event has grown to attract some of the top football programs from the southland, including Edison, Tesoro, JSerra, Mater Dei, Santa Margarita, Serra Gardena and Orange Lutheran. There are 16 programs slated to compete.