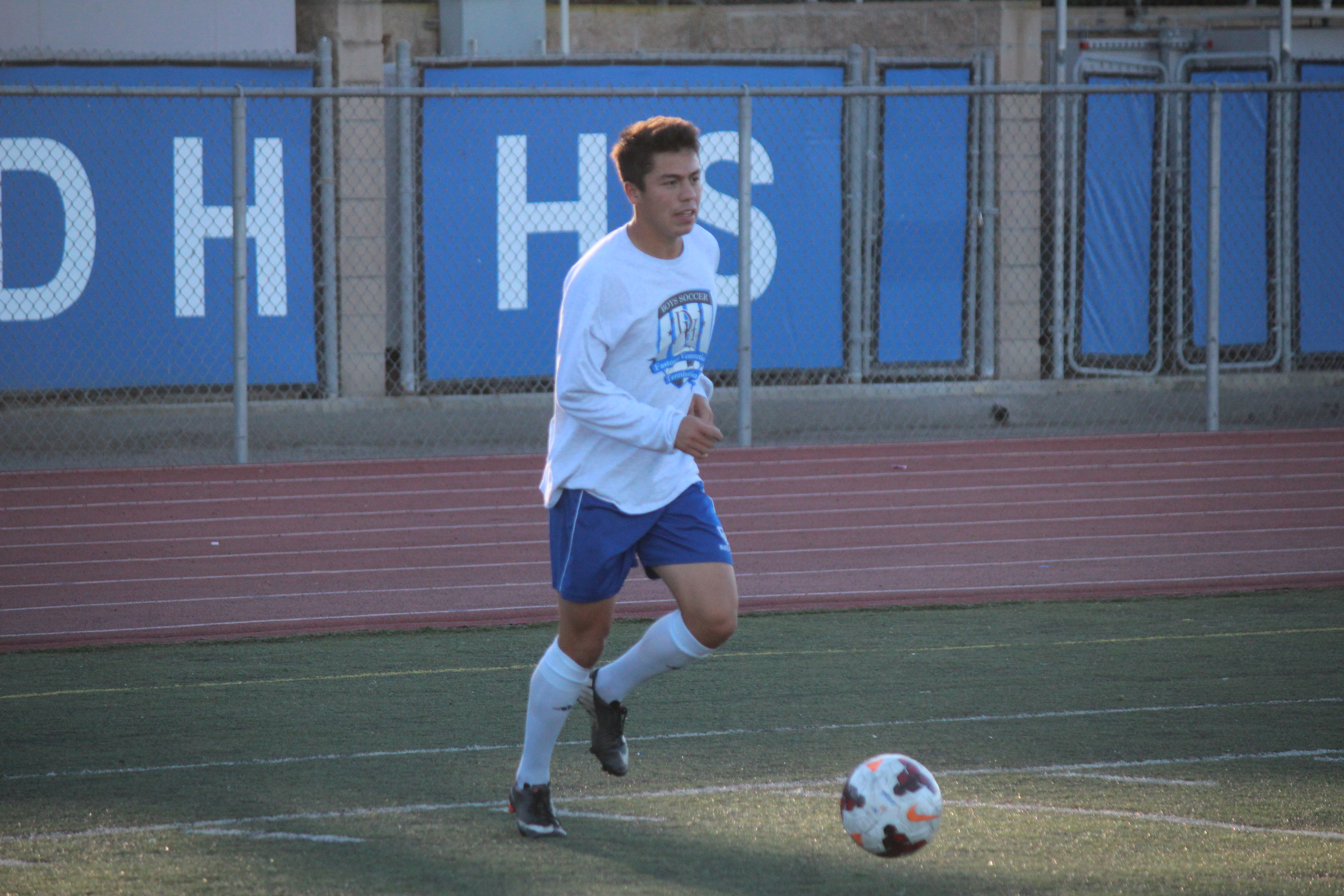 With several starters finally back in the mix and healthy, the Dana Hills boys soccer team has been reaping the benefits.

The Dolphins had been playing without standout senior forward Paul Romero for a stretch earlier in the season, but since his return to the lineup two weeks ago, Romero has been making an impact. The senior has scored a goal in two consecutive games, bringing his season total up to six.

The Dolphins (3-8-1, 0-0-1) pulled off a signature victory on Jan. 7, defeating visiting Paramount 3-2. Paramount entered the week ranked seventh in the CIF-SS Division 1 polls.

Romero scored the lone Dolphins goal two days later when the team drew to a 1-1 tie with Aliso Niguel to open Sea View League play. The Wolverines are currently ranked No. 2 in the CIF-SS Division 2 polls.

It’s been a successful stretch for the Dolphins, one which will point them in the right direction as they hit the heart of their league schedule. Dana Hills will travel to play Tesoro in a league contest on Jan. 16.

The Dana Hills High School girls basketball team leveled their record to .500 in Sea View League play on Jan. 13 with a convincing 61-43 win over Capistrano Valley.

The Dolphins (8-10, 1-1 league) bounced back with the win follow a league opening loss to Mission Viejo on Jan. 8.

In the game against the Cougars, Dana Hills had three players score in double digits. Peyton Romo led the way with 18 points while Elise Parasaee and Reagan Orloff poured in 14 and 10, respectively. The Dolphins trailed by one at the half, but were able to pull away from Capistrano Valley in the final two quarters, outscoring the home team 32-13 down the stretch.

The Dolphins will stray from league play on Jan. 17 and play host to San Juan Hills out of the South Coast League. The team will host first-place Trabuco Hills on Jan. 17.

Dolphins Basketball Loses Back to Back Games

The Dana Hills boys basketball team was stymied on Jan. 14, posting a season-low point total in a 57-18 South Coast League loss to Tesoro. In the loss, the team’s second in a row, the Dolphins were held to single digits in every quarter. Tesoro was led by Adrease Jackson’s game-high 10 points and Nick Pallas’ eight points and 13 rebounds.

After taking a 1-0 lead into the second half of play against Capistrano Valley on Jan. 8, the Dana Hills girls soccer team netted two more goals in the final frame. The team needed it.