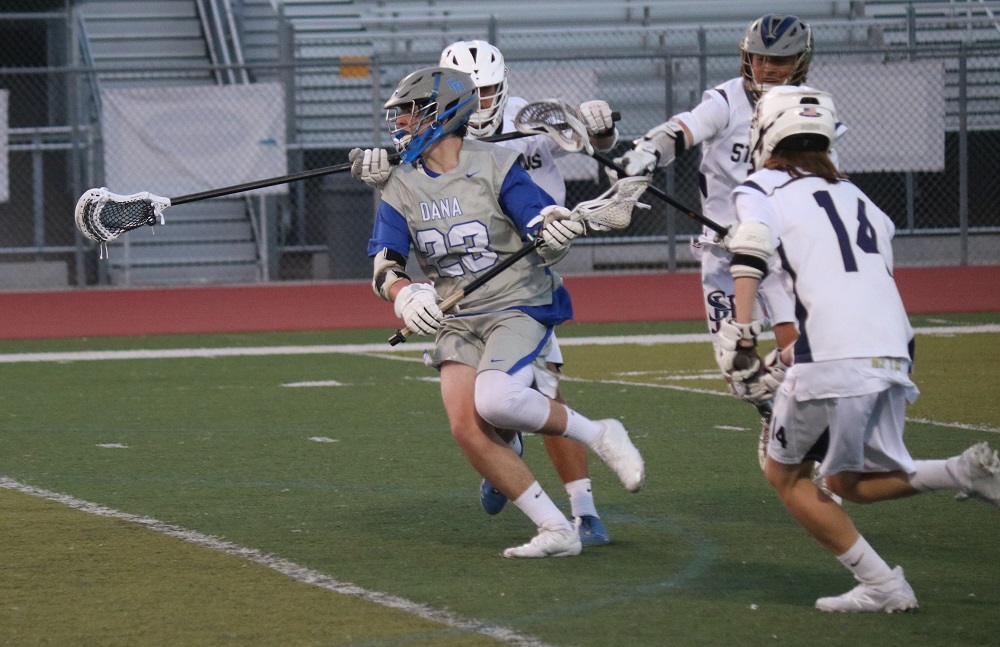 Boys Lacrosse No. 1 in Division 2

After being unranked in the first ever CIF-SS boys lacrosse preseason poll, Dana Hills rocketed up the list to take the No. 1 position in Division 2 on March 2 and maintained its hold on the top spot in the latest poll on Monday, March 9.

Dana Hills has one more nonleague contest at home against Centennial of Corona on Monday, March 16 before Sea View League play begins against a tough slate.

Dana Hills’ toughest league test will come against reigning league champion Aliso Niguel, No. 3 in Division 2, on the road on April 16.

The Dana Hills boys volleyball team has been strong in tournament play and entered the CIF-SS rankings for the first time this season on Monday, March 9.

The Dolphins (12-4) secured the last spot in the combined CIF-SS Division 1 and 2 rankings at No. 20. Dana Hills is the third team from the South Coast League in the combined poll with reigning league co-champions San Clemente and Tesoro at No. 6 and No. 16, respectively.

Dana Hills has won nine of its last 10 matches through tournament and nonleague play, and the Dolphins are coming off back-to-back nonleague sweeps at San Juan Hills and at home against Sage Hill.

The Dolphins open league play at Tesoro on March 24 and host Aliso Niguel on March 26.

The Dana Hills girls lacrosse team (1-0) has maintained its No. 2 spot in CIF-SS Division 3 despite not playing since their season-opening win over Tustin, 13-6, on Feb. 27. The Dolphins hosted Roosevelt of Eastvale on Thursday, March 12, but results were not available at press time. Dana Hills hosts Tesoro on Friday, March 13 and Great Oak of Temecula on Tuesday, March 17 before opening Sea View League play at El Toro on Thursday, March 19.

Dana Hills baseball (5-4) was set to open South Coast League play at home against El Toro on Thursday, March 12, but the game was cancelled due to rain and field closure. The Dolphins next scheduled league game is Wednesday, March 18 at home against Tesoro, and Dana Hills continues at Mission Viejo on Friday, March 20.