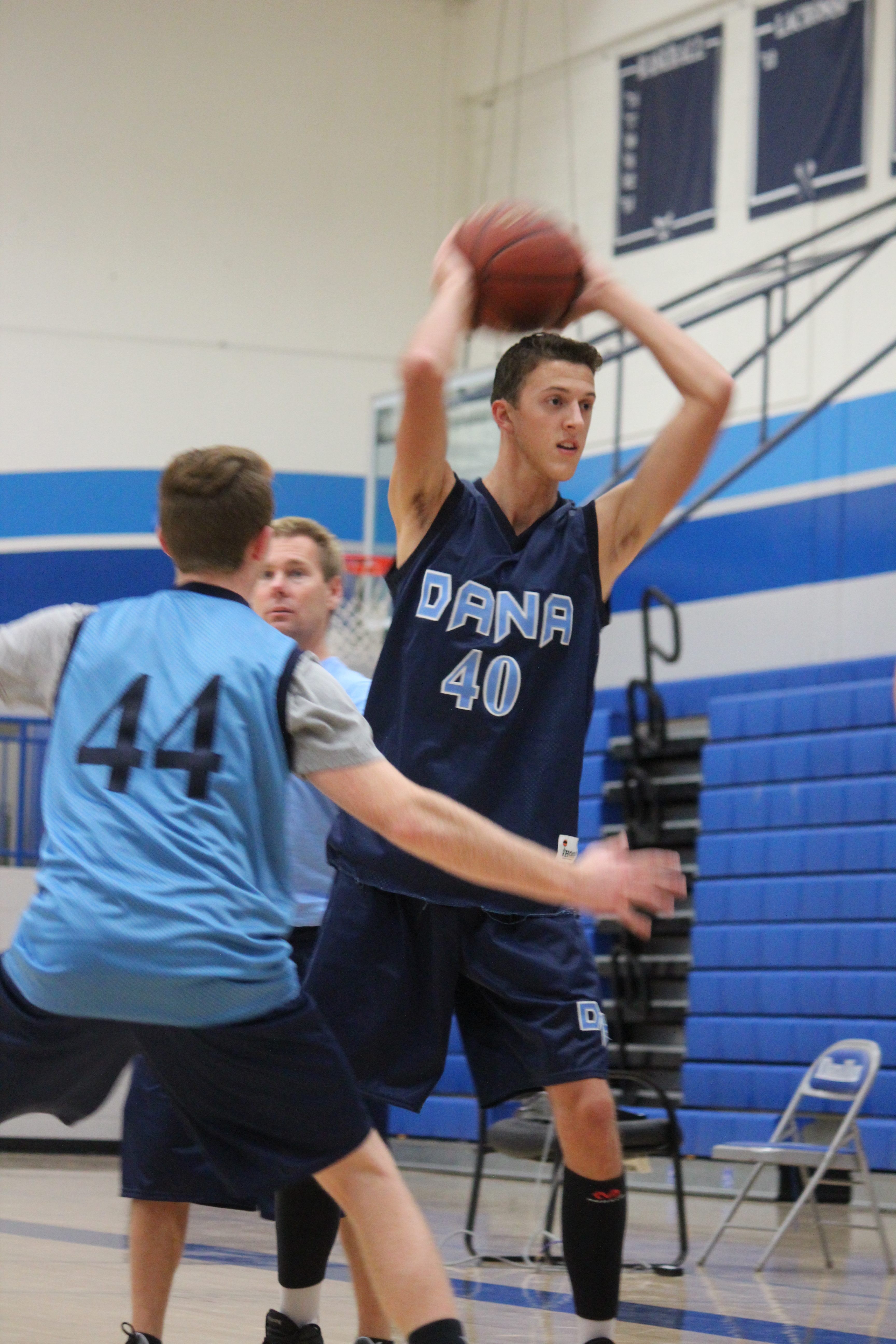 For in-game updates, scores, news and more for all of the Dana Hills High School athletic programs, follow us on Twitter @SouthOCsports.

The Dolphins had four runners inside the top-30, finishing with 107 total points, just six points off the first-place mark set by Great Oak in the Division 1 race.

Junior Jake Ogden led the Dolphins yet again, finishing in second place as an individual with a time of 15:11. Junior Mason Coppi posted a time of 15:33 and finished eighth while senior Alex Smith’s time of 15:50 was good for a 25th-place finish.

The Division 1 race was closely contested, as the top four teams finished within eight points of one another. Madera South and Burroughs finished third and fourth, respectively, with 109 total points each.

The Dana Hills boys basketball team started their season off with an appearance in the Diablo Inferno Tournament at Mission Viejo High School on Dec. 1. Dana Hills squared off against St. Margaret’s in the first game and came away with a 54-35 victory.

Dana Hills’ Grant Marocchi and Parker Romo led all scorers with 13 points, while senior Louis Selstad poured in 10 in the victory.

The Dolphins (1-1) played El Modena on the second day of the tournament and lost, 65-59. El Modena’s Legend Demps scored a game-high 30 points.

The Dolphins were set to play the third-place finisher in the tournament’s B bracket in the Dec. 5 knockout round. Results were not available at press time.

The Dana Hills girls basketball team picked up a narrow 27-25 victory over Laguna Beach at the Corona del Mar Tip Off Tournament on Dec. 3 to notch their first win of the season.

The Dolphins lost their first two games, against University and Corona del Mar, respectively, before heading into the match with the Breakers.

Against Laguna Beach, the Dolphins were led by Peyton Romo’s nine points. Reagan Orloff added six in the win.

The Dana Hills boys soccer team was scheduled to play a season-opening match against Laguna Beach on Dec. 3. Results were not available at press time. The Dolphins will host Beckman in a nonleague contest on Dec. 5.

The Dana Hills girls soccer team was set to travel for a game against Valencia in their nonleague season opener on Dec. 4. Results were not available at press time.

In their first game of the season, the Dana Hills girls water polo team lost a nonleague game to Santa Margarita, 18-9, on Dec. 3. The Eagles scored eight goals in the second quarter, which built a comfortable lead.