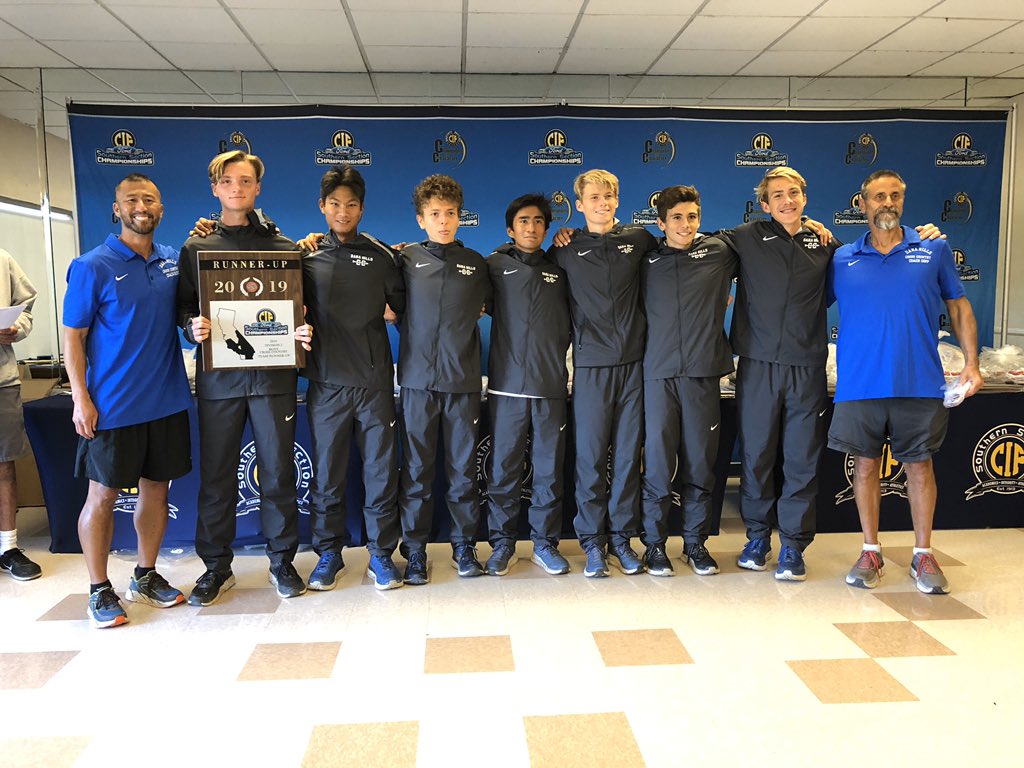 The Dana Hills boys cross country team again proved itself as one of the elite Southern California programs.

For the second straight year and the fifth time in the past six years, the Dolphins earned runner-up silver on the strength of two top-10 finishers at the CIF-SS Finals on Saturday, Nov. 23, at the Riverside Cross Country Course.

This was Dana Hills’ first run through Division 2 at the CIF-SS Finals. The Dolphins have finished in the top three in seven consecutive seasons.

The Dolphins were paced in the three-mile race by sophomore Jai Dawson, who finished in fourth at 14:41. Dawson is in his first season with Dana Hills after transferring from New Zealand.

Senior Carrick Denker also finished in the top 10, in eighth place at 14:48.

Newbury Park beat out Dana Hills for the championship, 59-132, paced by individual champion Nico Young at 13:54 and runner-up Jace Aschbrenner at 14:23, with all its scoring five among the top 27 finishers.

Next up is the state meet, where Dana Hills finished in third in Division 1 last season. Denker is the top returner for the Dolphins from that race, where he finished in 21st at 15:32.

When running the Woodward Park course in the Clovis Invitational on Oct. 12, Dana Hills finished in seventh, with Denker again leading the way in 11th at 15:21. Dawson did not run in the event.

The Dana Hills girls cross country team won’t be joining the boys as a whole on the state meet course, but the Dolphins will be represented.

Dana Hills finished just outside the state-qualifying top seven in eighth place as a team, but freshman Allura Markow snagged the final individual state-qualifying spot in 12th at the CIF-SS Finals on Saturday, Nov. 23, at the Riverside Cross Country Course.

Up to five individuals who finish in the top 20 and are not part of a state-qualifying team can qualify as individuals. Markow earned the fifth individual spot in Division 2 with a time of 17:25 in the three-mile race.

Markow ran the state meet course this season in the Clovis Invitational on Oct. 12. In the large schools race, Markow finished third at 18:35, which would have placed her in 41st of the championship race.