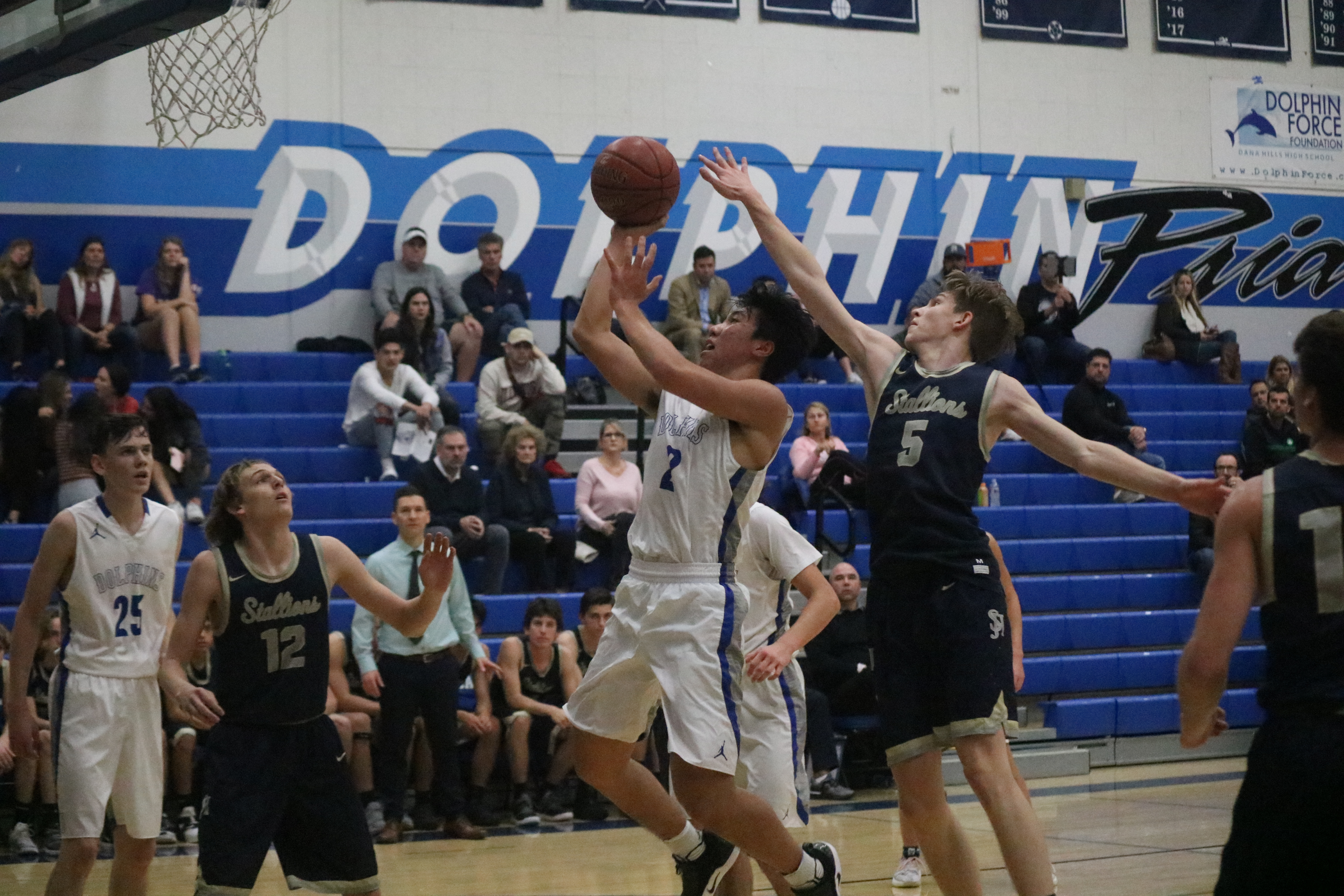 For in-game updates, news and more for all of the Dana Hills High  School sports programs, follow us on Twitter @SouthOCSports.

Boys Basketball in the Thick of League

The Dana Hills boys basketball team is following through on its league mission.

The Dolphins (13-7, 2-1) have dominated in their two league wins sandwiched around their one league loss to league-leading Tesoro. Last season, Dana Hills lost tight games in league and struggled down the stretch.

However, the Dolphins, ranked No. 6 in Division 4AA, have come out strong in the Sea View League as they head into a crucial matchup at El Toro on Friday, Jan. 18.

Dana Hills is currently third in league and one win behind second-place El Toro. Both have one loss. Tesoro is ahead of the pack at 5-0 and considered one of Orange County’s best teams this season. The Titans dropped down from the South Coast League but might be better than any team in either of the Coast View leagues.

The Dolphins open the second round of league play at San Juan Hills on Wednesday, Jan. 23 and host Tesoro on Friday, Jan. 25.

The Dana Hills girls water polo team is heating up the pool.

Dana Hills continued in league play at El Toro on Thursday, Jan. 17, but results were not available at press time.

With those three league games under its belt, Dana Hills has only one game remaining in its league schedule. This season, the South Coast League is playing only one round of games in girls water polo and concluding the regular season with a league tournament beginning on Jan. 29.

The last regular-season league game for Dana Hills is a big one as the Dolphins play their annual league-deciding matchup with rival San Clemente. The Tritons, No. 11 in the combined Division 1 & 2 poll, host the game on Tuesday, Jan. 22.

The Dana Hills girls basketball team has jumped right back into the thick of things in the South Coast League.

The reigning Sea View League champion Dolphins (13-8, 2-1) opened league play against their longtime rival, San Clemente, on Thursday, Jan. 10. The Tritons led out of the gate and used a 17-7 second quarter to increase their lead to 14 points at halftime. Dana Hills pushed back in the second half, but San Clemente held on, 57-48.

The loss was merely a blip for the Dolphins, who have won eight of their past 11 games, including back-to-back league games.

Dana Hills rebounded with a strong win over Tesoro, 51-43, on Saturday, Jan. 12 and a defensive win over Trabuco Hills, 37-26, on Tuesday, Jan. 15. The Dolphins held Trabuco Hills to only six points in the first half.

Dana Hills closed out the first round of league play at defending South Coast League champion Aliso Niguel on Thursday, Jan. 17. Results were not available at press time.

The Dolphins play at San Clemente on Tuesday, Jan. 22 and host Tesoro on Thursday, Jan. 24.