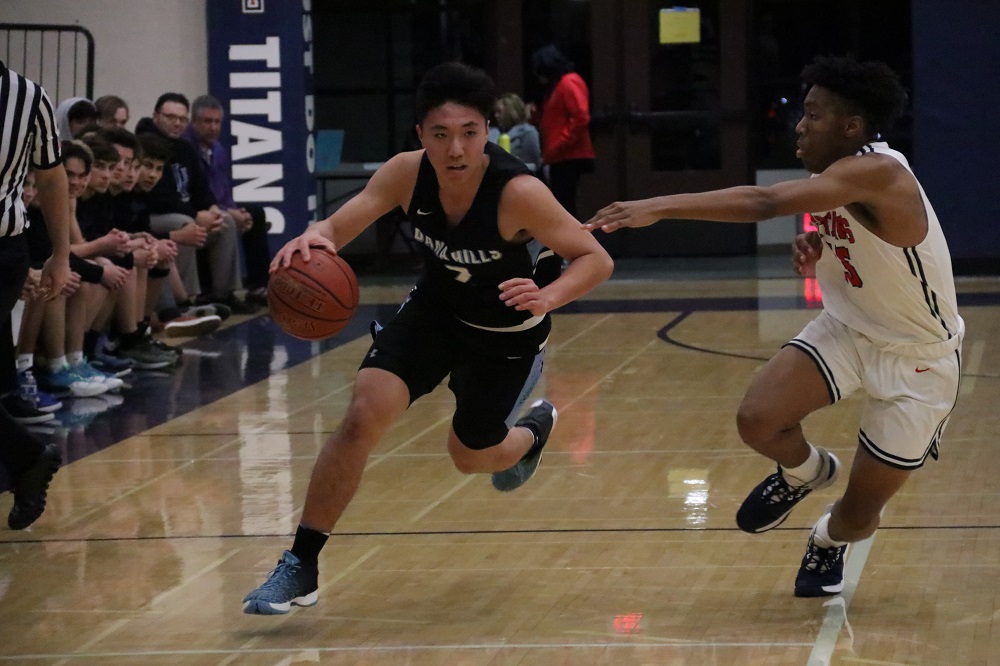 Dana Hills’ postseason was over just as quickly as it started.

Portola, the Pacific Coast League champion, moves on to host the division’s No. 1 seed, Providence of Burbank, on Friday, Feb. 14 in the second round.

Dana Hills (18-9) came in as the third-place team out of the Sea View League. The Dolphins were edged on a buzzer-beater at San Juan Hills, 41-39, in their league finale on Feb. 6.

In Wednesday’s first round, Dana Hills had success from deep. The Dolphins nailed eight 3-pointers in the game, including three in the second quarter as Dana Hills cut a nine-point deficit to a four-point margin at halftime.

However, in the third quarter, Portola hit its only three 3-pointers of the game to reestablish its nine-point lead going into the fourth quarter.

Dana Hills trailed by as many as 15 points in the fourth quarter before it hit its final 3-pointer to make the final score a 10-point margin. Portola made 12 of 14 fourth-quarter free throws. Dana Hills made 5 of 10 in the final quarter.

Dana Hills has lost in the first round of the playoffs in three of its past four playoff appearances dating to 2014. The Dolphins advanced to the Division 4AA quarterfinals last season, which was the furthest Dana Hills had gone since a trip to the Division 1A semifinals in 2013.

Congratulations @danahillsGWP on a great season! We are so proud of Coach Pierce for leading our hard working student/athletes! Future is bright for DHHS water polo! @dhhs_athletics @DHHSOfficial @DHHS_Podfather @SouthOCsports pic.twitter.com/3BpnTR2HQR

The Dana Hills girls water polo team reached the CIF-SS final for the first time last season in Division 4, but this year’s younger group will have to wait to further that feat in Division 3.

The Dolphins led early but were stifled for the rest of the game as Sunny Hills took the first-round game, 8-3, on Wednesday, Feb. 12 at Sunny Hills High School.

Sunny Hills forced the Dolphins to the outside and held Dana Hills without a goal on four extra-attacker opportunities.

Dana Hills (14-11) finished in third place in the South Coast League this season with a roster that included only three seniors.

The Dolphins were led by a junior class that earned valuable experience in last year’s final run as sophomores and by a strong freshman class that will gain that experience from the juniors.

The Dolphins had a strong mix between those juniors and freshmen this season.

The group of youth and experience will carry over with bigger goals for 2021.

The Dana Hills wrestling program will be well-represented on the first weekend of CIF-SS individual competition.

Nine Dolphins qualified out of the Coast View Conference Tournament on Jan. 25, along with five alternates. Alternates will compete only if one of the conference’s top four drops out of the CIF-SS tournament.

On the boys side, six Dana Hills wresters will open the CIF-SS Coastal Division tournament on Friday and Saturday, Feb. 14-15, at West Torrance High School.

Senior Josh Harkey is the reigning Coastal Division champion at 182 pounds, and after winning the conference tournament, Harkey will wrestle at 195 pounds this season. Harkey is among the favorites and should continue his postseason at next week’s Masters.

Senior Gavin Walker was another conference champion for the Dolphins at 145 pounds and will wrestle this weekend. Jesse Villagran at 113 pounds, Adrian Gomez at 138 pounds and Eliseo Miramontes at 220 pounds were also senior qualifiers. Junior Justin Wilfert at 132 pounds rounds out the boys qualifiers.

The leader of the group is senior Layla Donahoe, who captured the conference title at 162 pounds. Donahoe finished second at 189 pounds last season and was seventh at the CIF-SS Finals. Donahoe’s postseason should continue next week at Finals.

Should any of the boys finish in the top five, they will qualify for the CIF-SS Masters on Feb. 21-22 at Sonora High School in La Habra to battle for a chance at state qualification. Top nine at Masters advance to State.

If the girls follow suit in their top eight, they will qualify for the CIF-SS championships on Feb. 21-22 at Beaumont High School. Top eight there will then qualify to State.