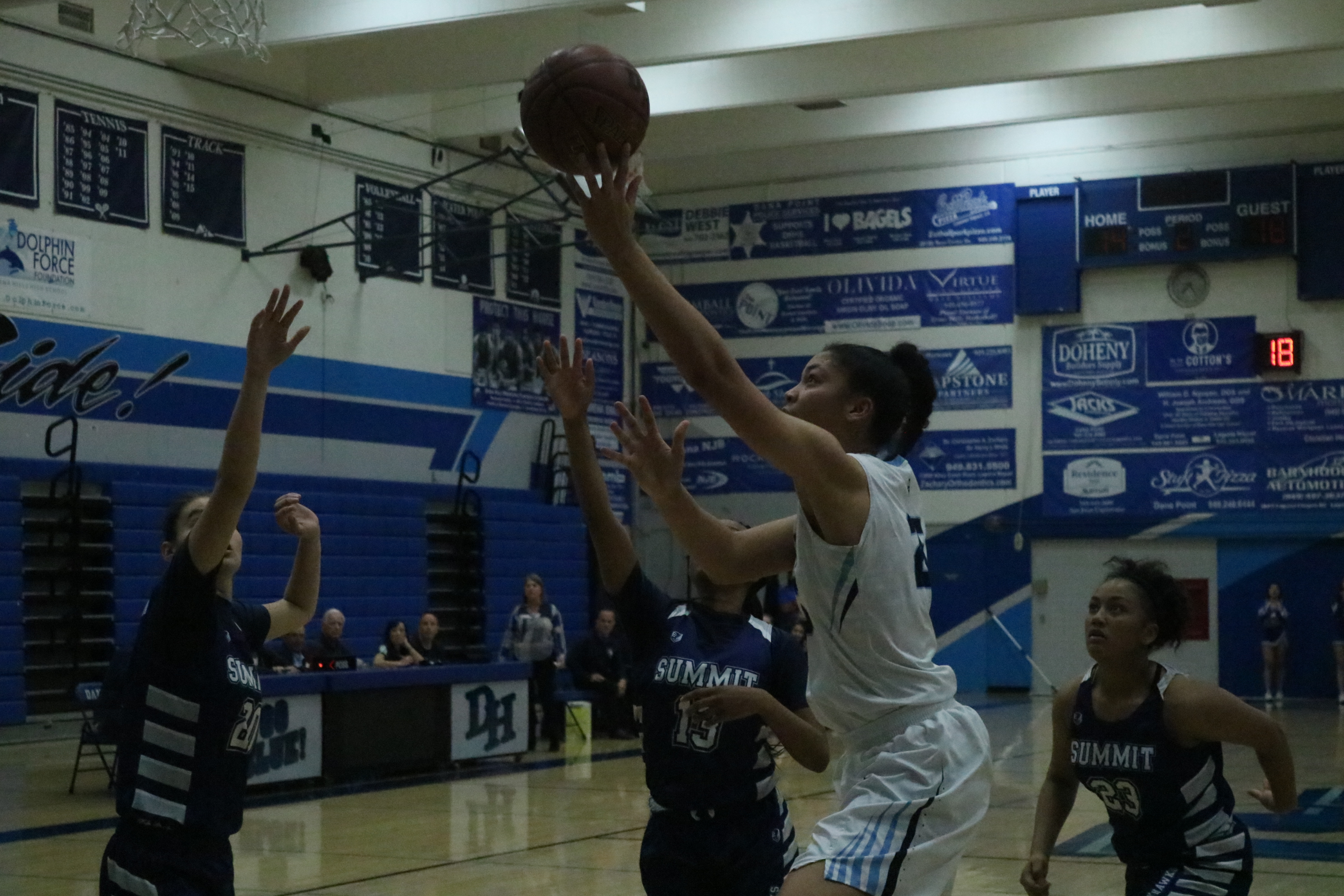 Dana Hills High School battled back and forth through three quarters with Summit of Fontana on Feb. 17.

The Dolphins grabbed a lead in the opening minutes of the fourth quarter, but that was ultimately their last breath. Dana Hills inexplicably lost its shooting touch and energy as Summit went on a 21-0 run to pull away in a 64-49 win at Dana Hills.

“Nothing would go in,” Dana Hills coach Anne Honey said. “Normally, in the fourth quarter is our explosion quarter, and we couldn’t buy a basket. We were getting opportunities, but we just couldn’t put the ball through.”

Dana Hills had won its first Sea View League title since 2013 and first outright league title in program history. The Dolphins also earned a first-round bye in Division 2A but lost their first playoff game for the third consecutive season.

Maya McArthur was a force down low for Dana Hills and led the team in points with 17. Maice Saia scored 14 points with four 3-pointers, and Olivia Chambers scored 12 points.

After blowing past Palm Desert in their Division 3 wild card game, 16-5, on Feb. 14, Dana Hills continued on the very next day on the road at Claremont in the first round.

The Dolphins run ended abruptly with a loss, 13-7.

Boys Soccer Falls in First Round

Dana Hills made its first playoff appearance since 2013, but the Dolphins are still looking for their first playoff win in after a first-round loss at Estancia, 4-1, on Feb. 16.

Dana Hills got a strong start as Bobby Reynolds scored in the third minute off an assist from Kasra Diba, but the high did not last all that long.

Estancia tied the game up before halftime and put in three goals in the second half. One of Estancia’s scores was an own goal off a Dana Hills defender.

After a JSerra uniform violation, Dana Hills had the luxury of a first-round home game, but the Lions ruined any celebration with a 6-1 victory.

The Dolphins lost to JSerra for the second consecutive season and in the first round for the fourth straight season.

Dana Hills scored in the first half and trailed by one at halftime, but the defending CIF-SS champion JSerra scored four second-half goals to pull away.