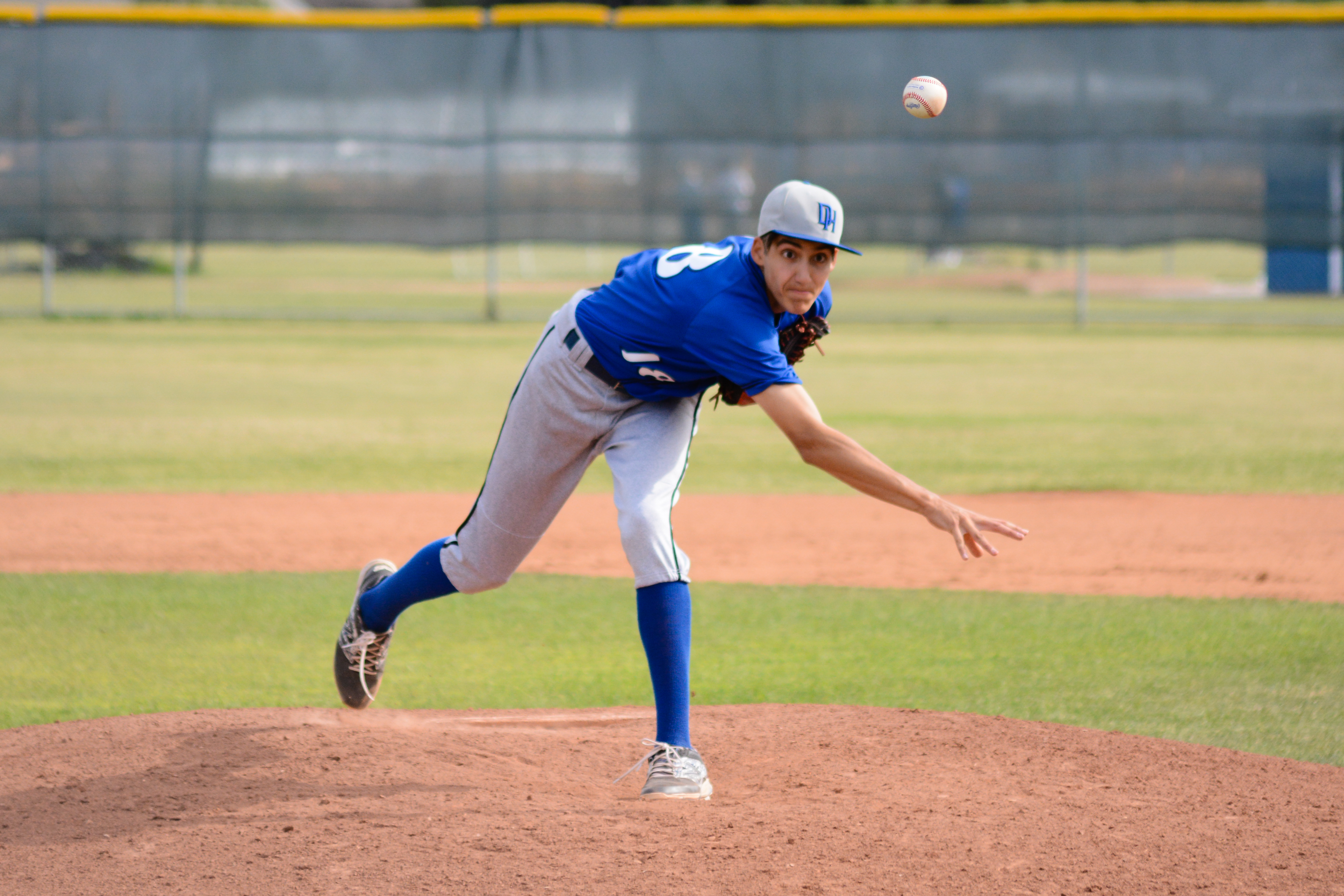 The Dolphins were bailed out of a worst-case scenario, where they would miss the playoffs entirely, thanks to Capistrano Valley defeating Aliso Niguel 2-1 on May 13. The Dolphins, Aliso Niguel and Tesoro all finished league play with a 6-6 record, but Dana Hills and Aliso Niguel each held the season tiebreaker over Tesoro, which left the Titans on the outside looking in at fourth place.

For a moment it looked like the Dolphins had a good chance against El Toro, jumping out to a 2-0 lead in the second inning behind an RBI double and an RBI single from David Clawson and Shawn Kany, respectively.

Dolphins Volleyball Advance to Second Round of Playoffs

The Dana Hills boys volleyball team breezed past JSerra Catholic in the opening round of the CIF-SS Division 1 Championships on May 12, earning a clean three-set sweep, 25-13, 25-10, 25-23.

Dana Hills (29-3, 8-0) was scheduled to play Los Alamitos out of the Sunset League in the tournament’s second round on May 14. Results were not available at press time. The winner will go on to play the winner of the Palos Verdes/Loyola match in the quarterfinals on May 16. Loyola is the No. 2 overall seed.

The Dolphins could have earned a much higher seed in the postseason had it not been for two late-season losses to Campolindo and Westlake in the Redondo Union Classic tournament on May 2. The Dolphins entered the tournament with only one loss on their resume.

Dana Hills, ranked No. 7 in the final coaches poll of the season, and Los Alamitos played each other this season during the Orange County Championship Tournament on March 21. The Dolphins swept the Griffins in two sets.

The Dana Hills softball team closed out their 2015 season with back-to-back wins over Capistrano Valley and El Toro on May 11 and May 13, respectively.

The Dolphins (13-12, 2-6) earned a convincing 5-0 win over the second-place Cougars. Dolphins junior Samantha Williams went 4-4 at the plate, drove in one run and scored three times. The Dolphins bats collected 12 hits. Sophomore pitchers Carlee Russo and Serafine Parrish combined to throw a six-hitter.

Dana Hills’ final game of the season came down to the final at-bat. The Dolphins trailed El Toro 8-6 heading into the seventh inning but scored three runs for a walk-off win.

The Dolphins quickly found themselves in a hole after giving up four runs in the first inning and started to chip away by scoring four in the second and two in the fifth before their seventh-inning comeback.

Dana Hills’ Clay Feagler shot a 2-under-par 70 at Skylinks Golf Course in Long Beach as part of the CIF-SS Southern Individual Regional on May 11, finishing in a tie for fourth place.

Feagler, who was the Dolphins top golfer all season, was the reigning Southern Individual Regional champion and was attempting to defend his title. Feagler matched his winning score of 70 from last year, but it was not enough to catch Marina High School’s Patrick Pockels, who shot a 67 (-5).