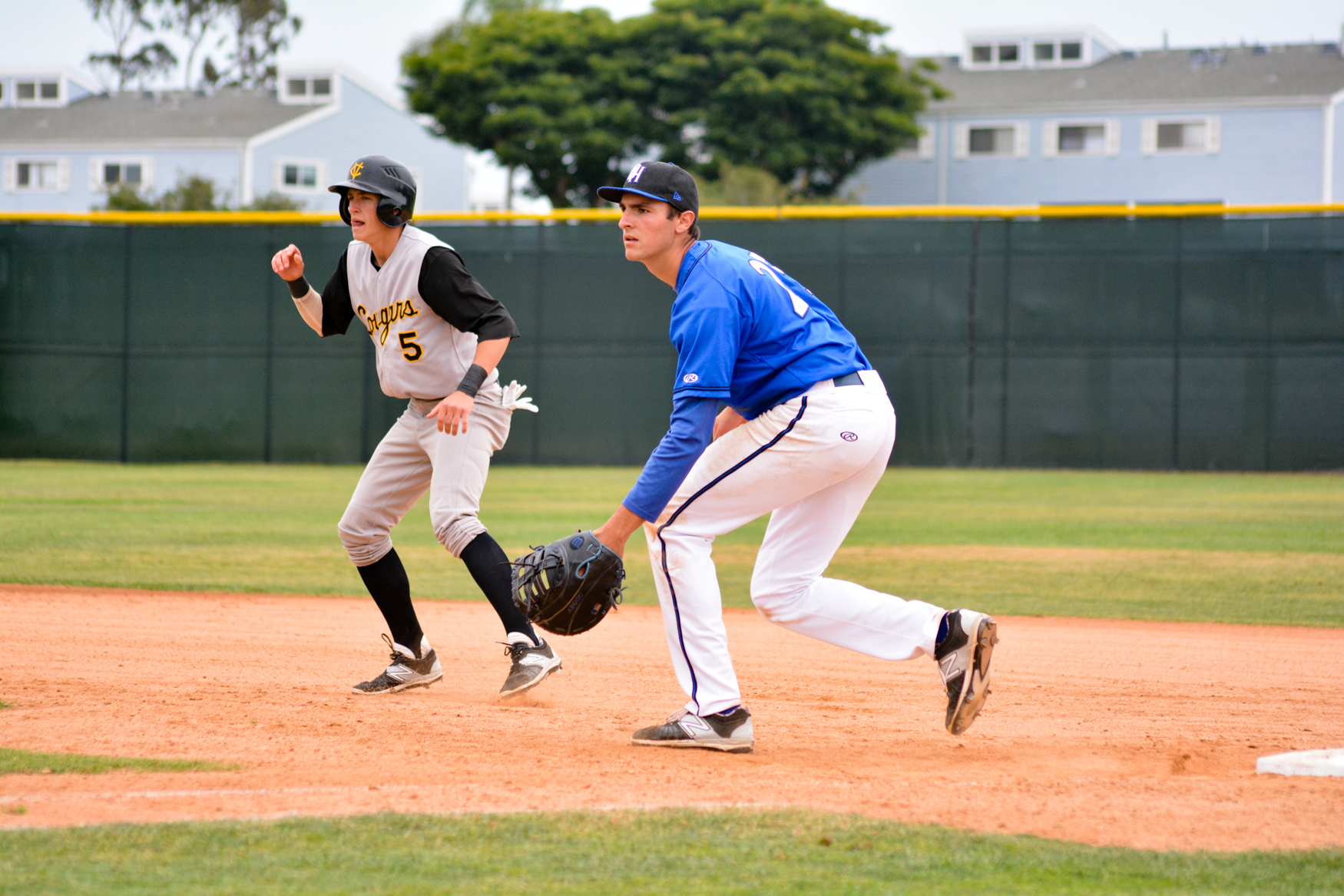 For in-game updates, scores, news and more for all of the Dana Hills High School spring sport programs, follow us on Twitter @SouthOCsports.

In an uncharacteristic outing, the Dana Hills baseball team surrendered eight hits and committed four errors in a 4-1 South Coast League loss to visiting Capistrano Valley on May 4.

The loss made the Dolphins’ (12-14, 4-5 league) journey to the postseason more difficult.

Last year, the South Coast League ended in a three-way tie for second place, and a coin flip determined who made the playoffs. This season, El Toro (7-2 league) has separated itself at the top, leaving Aliso Niguel (6-4) and Tesoro (5-6) tightly bunched in the middle with the Dolphins. Dana Hills has one game against Capistrano Valley scheduled for May 6 and a two-game series with El Toro set for next week. Dana Hills will have to win at least two of its remaining games and hope Tesoro falters down the stretch. The Dolphins could catch Aliso Niguel if Dana Hills wins its remaining games and the Wolverines drop their final two.

The Cougars took advantage of several Dolphins miscues on May 4, playing spoiler to the start of the Dolphins’ push toward the playoffs. After the Cougars’ Mitchell Nickovich reached base on catcher’s interference in the second inning, back-to-back singles brought him in for a 1-0 lead. A Tyler Terzi single was bobbled in the outfield, allowing Nickovich to score easily from second base.

Nickovich swatted a two-run home run over the left field fence in the second inning to increase Capistrano Valley’s lead to 3-0. It was the first home run surrendered in 2016 by Dana Hills’ starting pitcher Hans Crouse.

Dana Hills had plenty of chances of its own to score runs, but could not capitalize.

The Dolphins had runners in scoring position in three innings, but got their lone run on a Max Mircovich sacrifice fly that scored Joe DeBaca in the fifth.

Capo Valley starter Zak Herbers went six innings, allowing four hits and two walks. Herbers did not shut down the Dolphins with velocity, but instead pitched to contact and allowed his defense to back him up. The Dolphins had runners at first and second in the fifth, having just scored their first run, when Terzi, the Cougars’ second baseman, made a leaping catch to his right on a line drive by Jeremy Ciolek that would have kept the Dolphins rally alive.

The Dolphins two-game series with El Toro will begin on May 10 and end on May 12.

The Dolphins (17-5, 7-2) had plenty of momentum heading into the match with the Chargers but could not capitalize.

Only the top team in the Sea View League is awarded a berth in the US Lacrosse Southern Section playoffs, and for the second year in a row, the Dolphins placed second to El Toro and were left on the outside looking in.

But under second-year head coach Chris Iltis, the Dolphins are trending in the right direction. The team improved on its win total from one year ago, posting 17 wins in 2016 compared to 11 wins in 2015. The Dolphins opened the season with a nine-game win streak and, after falling to JSerra on March 18, won nine of its remaining 13 games of the season.

Dana Hills lost to Aliso Niguel 9-6 in a nonleague match on April 30 to close out its season.

The Dana Hills softball team is getting accustomed to playing in closely contested games that stretch beyond seven innings. Through six league games, the Dolphins have played in three games that were decided by extra innings.

On May 3, the Dolphins broke through for their first extra-inning win, scoring the game-winning run in the eighth inning in a 4-3 South Coast League victory over San Juan Hills.

Third place Dana Hills was set to play Aliso Niguel on May 5. Results were not available at press time. The Dolphins will host second place Capistrano Valley on May 9.