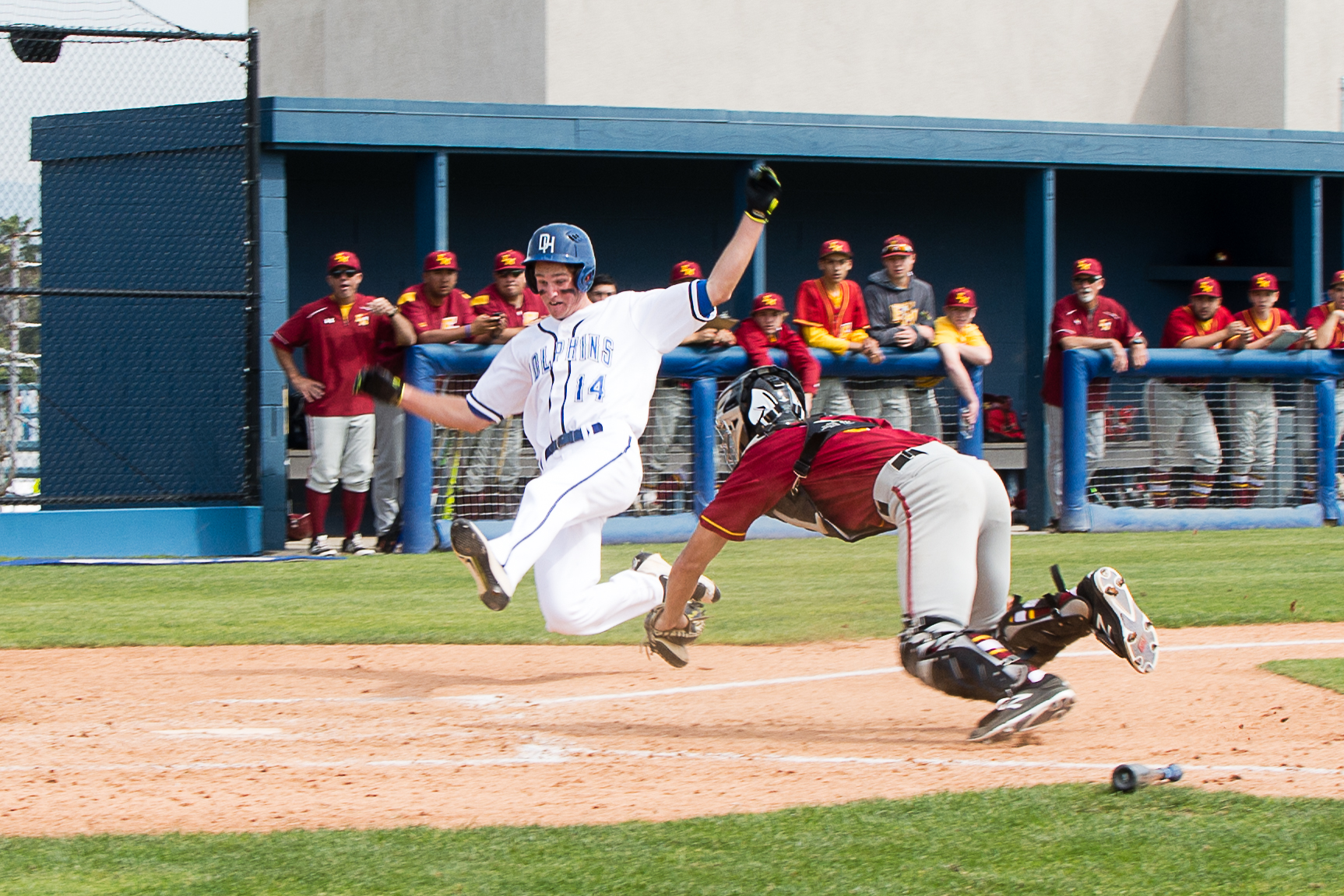 Baseball Comes Back to Defeat Harvard-Westlake, Advances to Second Round

Starting pitcher Hans Crouse pitched six strong innings and the Dana Hills baseball team’s bats picked up some key hits to secure a 3-1 first-round win in the CIF-SS Division 1 playoffs on May 18.

Dana Hills will host El Dorado in the second round on May 23.

Crouse scattered four hits and walked three, allowing one run, and struck out eight. Jack Sterner came on in relief to pick up the save in the seventh.

Senior Joe DeBaca went 2 for 3 at the plate with an RBI, and Matthew Gartlan collected two hits in the win.

The Dana Hills boys golf team advanced to the SCGA Regional Qualifying tournament on May 18 after a strong showing at the CIF-SS South Coast Team Divisional championship on May 16. Results for the SCGA tournament were not available at press time.

The Dolphins advanced to the second stage of postseason competition, but not without some drama attached.

At the South Coast Team Divisional at Talega Golf Course, Dana Hills and Brea Olinda finished the day tied for second place. Only the top-two teams in the 18-team field could advance, so a sixth-man scorecard tiebreaker decided the final outcome. Dana Hills’ Connor Griffo carded an 83 (+11), which bested Brea Olinda’s sixth-man score of 100 (+28).

Softball Walks-Off Past Hawks in First Round of Playoffs

The Dana Hills softball team earned a walk-off 5-4 win over Laguna Hills in the first round of the CIF-SS Division 2 playoffs on May 18.

Dana Hills trailed by three runs heading into the bottom of the fifth inning, but took the lead by plating four baserunners in the frame. Laguna Hills tied things in the seventh, but the Dolphins delivered the game-winning run in the home half to advance to the second round.

Dana Hills will travel to play Rio Mesa on May 23.