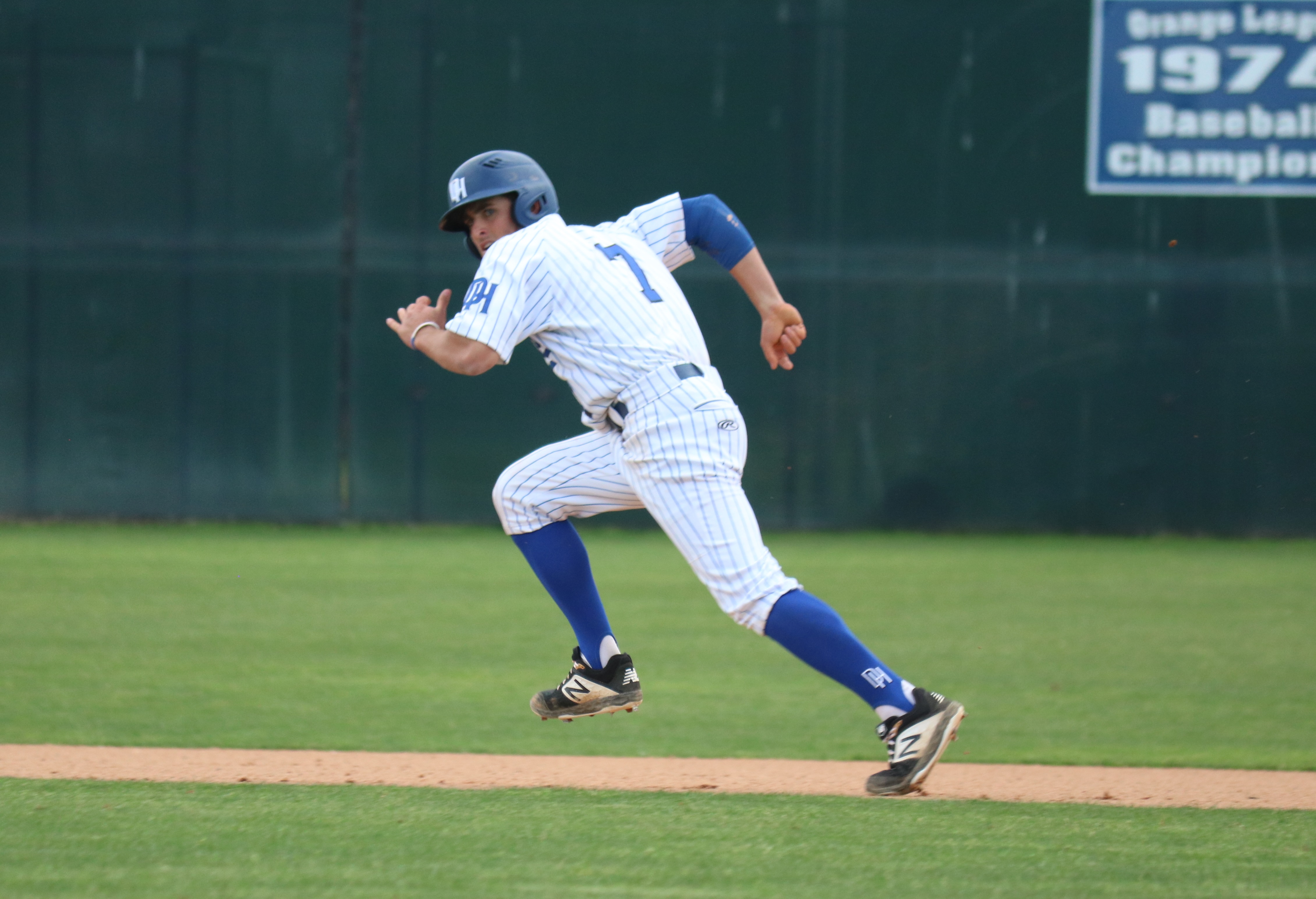 The Dana Hills baseball and softball teams each kicked off their CIF-SS postseasons in the first round on Thursday, May 2.

The baseball team opened on the road at La Mirada, No. 3 seed in Division 1, and lost the first round game, 2-0.

Though opening the South Coast League with a 2-6 record, Dana Hills won its final four league games, posting back-to-back wins against Tesoro and Mission Viejo, the two teams the Dolphins were chasing.

Dana Hills won the first three of the four games to set up a play-in game against Mission Viejo in the season finale on April 25. The Dolphins went ahead in the second inning, 1-0, and held off Mission Viejo until the sixth inning. In the top of the sixth, the Diablos tied the game, 1-1, but in the bottom half of the inning, Dana Hills scored twice to take the lead for good.

The Dolphins beat Mission Viejo, 3-1, and secured their playoff position with their third-place finish in the South Coast League.

Dana Hills was paced in the clincher by a pair of sophomores on the mound. Ian May threw five innings and allowed only one run on four hits to pick up the win. CJ Zwahlen threw two hitless innings of relief to pick up the save.

The Dana Hills boys volleyball team faced tough competition inside and outside of the South Coast League this season, and the Dolphins proved they were ready for prime time in their Division 2 opener on Tuesday, April 29.

Dana Hills hosted San Marcos in the second round on Thursday, May 2, and won in four sets. Click here for coverage of the match.

The Dolphins finished third in the South Coast League behind the co-champions San Clemente and Tesoro, ranked No. 8 and No. 10 in Division 1, respectively.

As a team, Dana Hills advances to the CIF South Coast Team Championships on May 14 at Talega Golf Club in San Clemente.

All three will compete at the CIF Individual Regional at Skylinks Golf Course in Long Beach on Monday, May 6.