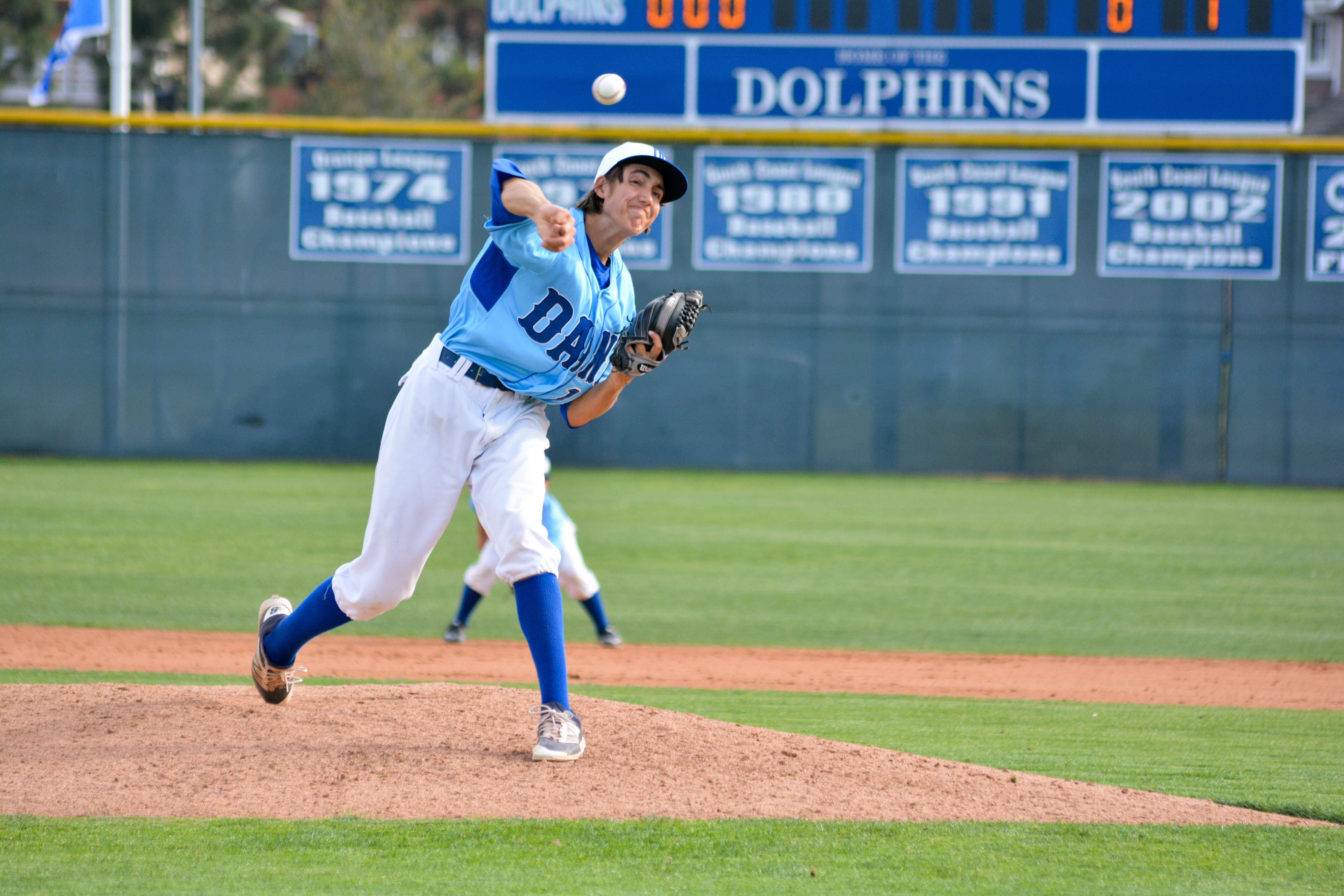 The Dana Hills baseball team’s run through the Anaheim Lions Tournament this week was filled with ups and downs. The Dolphins could not carry momentum over the five-day stretch, but earned a 3-2 overall record in the tournament.

The Dolphins were sharp in their closing matchup against Villa Park on March 30. Junior pitcher Hans Crouse threw a complete game shutout, allowing only five hits and one walk while striking out 12 in a dominant performance.

Crouse pitched his way around the Spartans until the fifth inning, when Villa Park loaded the bases on two singles and a walk with two outs. Crouse was able to get out of the jam by inducing a fly ball that was corralled to end the threat.

The Dolphins had six hits and scored four runs in the fourth inning to take the lead over the Spartans.

Boys Golf Proving to Be a Tough Matchup

Since the start of South Coast League play, there has been no stopping the Dana Hills boys golf team. The Dolphins have recorded three consecutive wins over arguably their toughest competition in league and sit in the driver’s seat for the league title.

Podres and senior Clay Feagler each posted rounds of 34 (-2) at El Niguel in a 185-203 victory over San Clemente on March 30 to conclude the hot stretch of play.

Dana Hills will play a league match against El Toro on April 13.

Colton Brown, Max Ramenofsky and Brandon Rogers are the Dolphins leading scorers this season, according to head coach Chris Iltis.

The Dana Hills softball team’s opening match in South Coast League play will not be an easy one. The Dolphins will open league on the road on April 12 against Mission Viejo, the defending champion and the No. 2-ranked team in CIF-SS Division 2.

Dana Hills (9-8) has played a tough nonleague schedule in preparation for its run through league. Dana Hills closed out its nonleague slate with back-to-back matches against Sea View League opponents Trabuco Hills and Tesoro. The Dolphins cruised past Trabuco Hills 11-0 on March 29 and were scheduled to play Tesoro on March 31. Results for the Dolphins game against the Titans were not available at press time.

The Dolphins will look to carry their red-hot offense into league play. The Dolphins hold a collective .323 batting average and have a .380 team on-base percentage.

Senior Samantha Williams is batting a blistering .484 through 17 games and senior Hailey Hoklotubbe is batting .403 to anchor the Dolphins lineup.