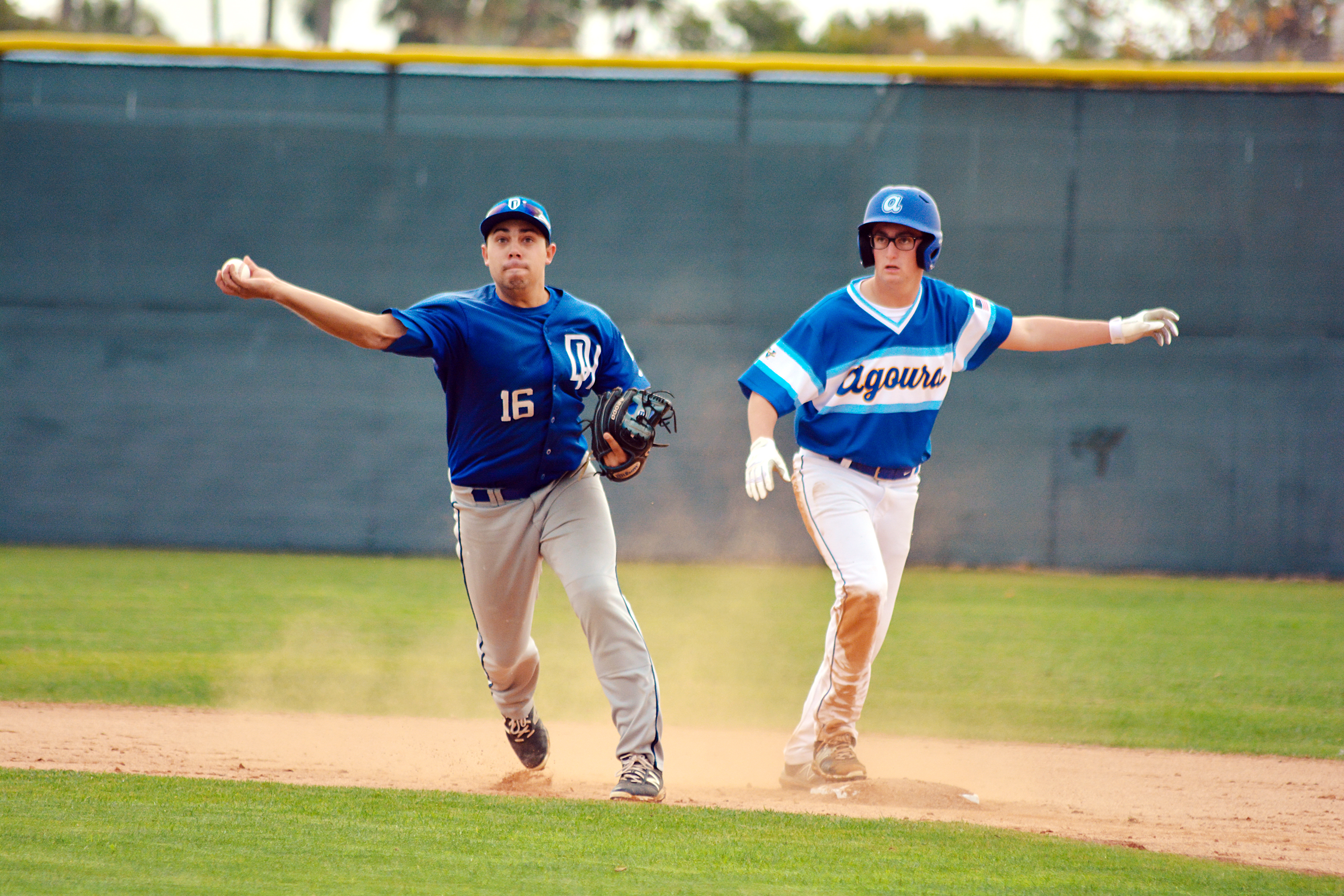 Baseball Pulls Off Historic Win Over Cougars, Falls to Chargers

For the first time in eight years, a Dana Hills baseball team travelled to Capistrano Valley and defeated the Cougars on their home soil.

The Dolphins picked up an 8-5 South Coast League victory over the Cougars on April 5 behind a complete game, 10-strikeout performance by junior pitcher Hans Crouse. Senior catcher and BYU commit David Clawson belted a two-run home run and Max Mircovich hit a decisive three-run double in the sixth inning to put the Dolphins ahead for good.

The game was a back-and-forth battle between the two rivals that featured three lead changes.

Dana Hills (8-7, 2-2 league) lost to first-place El Toro in a league game on April 6. The Chargers were fueled by a three-run third inning that secured a 5-3 win.

Dana Hills will travel to play San Juan Hills in a nonleague game on April 11. The game is part of a season-long exhibition tournament between the South Coast and Sea View Leagues.

The Dana Hills boys lacrosse team has scored 46 goals in its last three games, which have resulted in three straight victories. Over the three-game stretch, the Dolphins outscored their opponents 46-2.

The Dolphins were scheduled to play a nonleague game against Viewpoint on April 8. Results were not available at press time.

Dana Hills will host El Toro in a league contest on April 12. The Chargers finished first in league last season.

Several Dolphin athletes had standout performances at the meet.

In the girls discus throw, Dana Hills sophomore Rosalie Ballo won the event with a throw of 116-02, nearly 10 feet longer than the next closest competitor.

The Dolphins will compete at the Arcadia Invitational this weekend before returning to league competition against Trabuco Hills on April 14.

The Dolphins overall record fell to 6-5 on the season and 3-2 in league play.

The Dana Hills softball team will carry a two-game win streak into South Coast League competition. The Dolphins (10-8) rattled off back-to-back wins over Trabuco Hills and Tesoro on March 29 and March 31, respectively.

At the plate, the Dolphins continue to be led by seniors Samantha Williams and Hailey Hoklotubbe. Williams is batting a blistering .485 through 18 games and Hoklotubbe is batting .415.