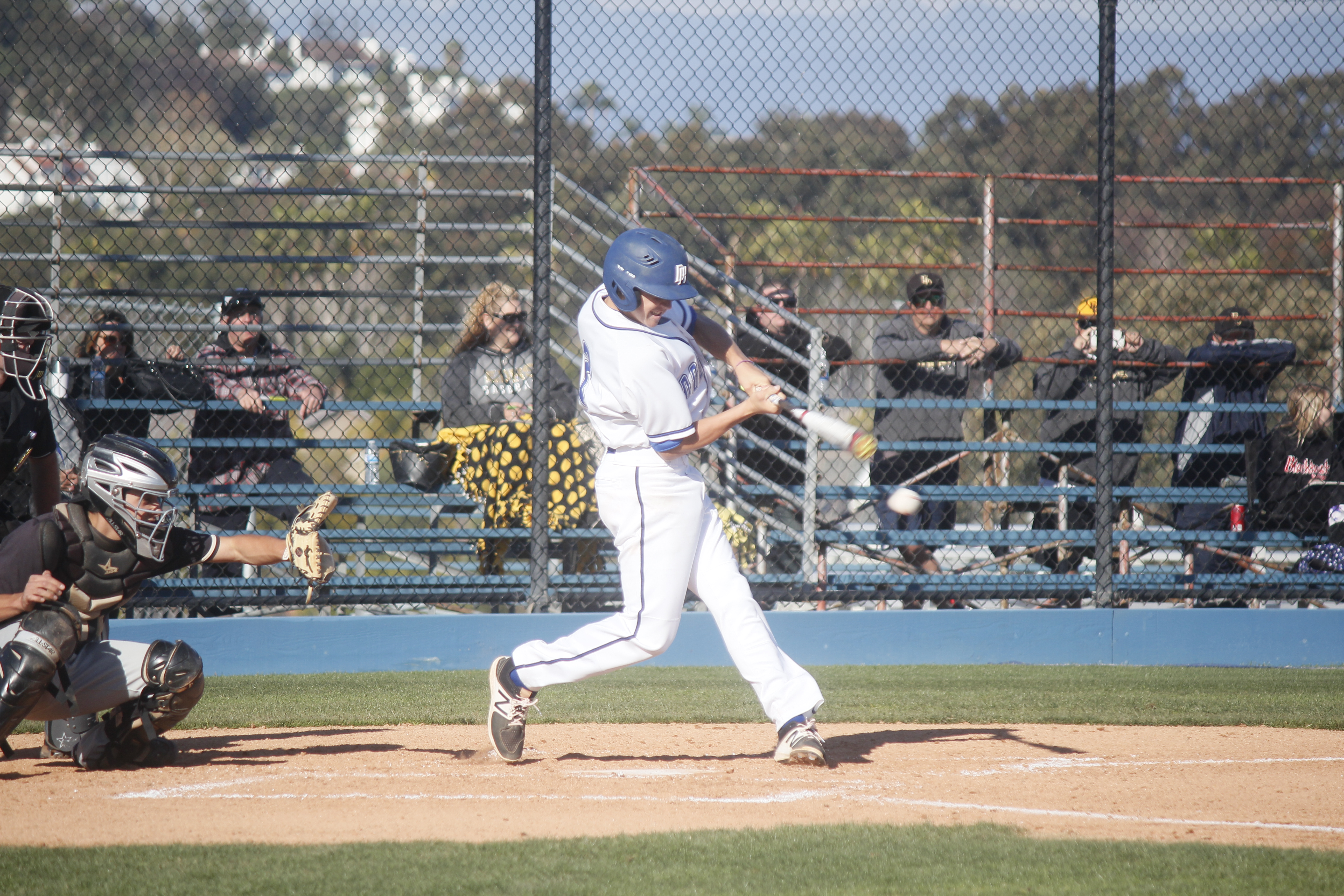 Dolphin Report: Baseball Even in League

Baseball Even in League

The Dolphins (7-5, 1-1) scored six runs in the first inning, chased the San Juan Hills starting pitcher after one out and got crafty in pitching to cruise to the shutout win, 8-0.

Eight of nine Dana Hills batters scored a run in the game.

Sophomore Dante Jackson allowed no runs on three hits with four strikeouts in four innings. Senior Corey Cisowski closed down the game with one hit and five strikeouts, including the game-ender, in 2.2 innings.

The Dolphins got another strong opening on March 17 with four runs in the first inning against Bishop Amat for a 5-4 win in the El Dorado Steakhouse Tournament.

Dana Hills returned to league play at Tesoro on March 20 and dropped a heartbreaker.

The teams battled all the way to the 12th inning where Tesoro grabbed the win and leveled the Dolphins league record.

Dana Hills hosted Laguna Hills on March 22, but results were not available at press time. The Dolphins continue at Trabuco Hills, the defending league champion, on Friday, March 30.

Dana Hills was great over two weekends to make a run to the Northwood Tournament championship game.

Senior Cozette Zoch was named to the all-tournament team by hitting 11 of 15 with two doubles, a triple, a grand slam and 10 RBIs. Senior Tori Sickmeier had six RBIs and senior Jessie Nagel added four RBIs in the tournament.

Dana Hills took on San Clemente on March 22, but results were not available at press time. The Dolphins travel to take on one of the county’s perennial top teams, Mater Dei, on Tuesday, March 27 and open Sea View League play at home against Trabuco Hills on Thursday, March 29.

Dana Hills opened the South Coast League with a 14-2 loss at San Clemente on March 20 and continues league play at El Toro on Friday, March 23.