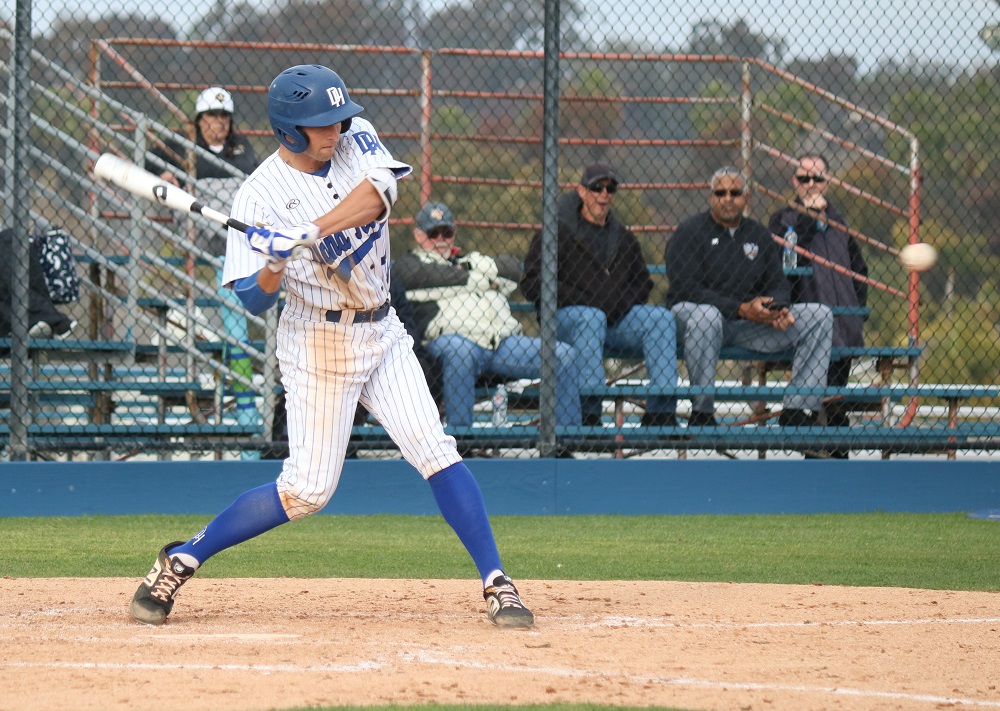 The South Coast League is generally regarded as one of the toughest competitions in Southern California baseball, and through two weeks, the standings couldn’t be any tighter.

One game separates first from last in the five-team league, with three teams holding a .500 record as of press time.

The Dolphins have alternated tight wins and losses in league play.

Last week, Dana Hills toppled reigning league champion El Toro, 4-2, on Thursday, March 7. Because El Toro knocked off Dana Hills in the first round of last season’s CIF-SS Division 1 playoffs, so it was a small measure of revenge for the Dolphins.

After defeating San Juan Hills, 6-1, in an El Dorado Steakhouse Tournament game on Monday, March 11, Dana Hills locked up with Tesoro on Wednesday, March 13. The Titans prevailed, 1-0, to claim the league lead.

First-year head coach Trent Cooper has dialed up the offense, with Dana Hills scoring 11 or more goals in each of its first five games of the season for an average of 13.8 goals per game. The Dolphins averaged only 8.3 goals per game last season.

The Dolphins play their second road game of the season at Edison on Friday, March 15 before returning to league play at home against Aliso Niguel on Tuesday, March 19 and Capistrano Valley on March 26.

The South County Classic pits two of Orange County’s better track and field leagues against each other, and this season, the public schools came out on top.

The Dana Hills boys finished second out of 11 teams, and the Dolphins girls finished fifth out of 10 teams as the South Coast League defeated the Trinity League in the boys (425.5-214.5) and girls (384.5-251.5) standings, respectively, at Trabuco Hills High School on Friday, March 8.

The Dana Hills boys stood out in the distance races and in the throws.

Senior Nathan Pellini was third in the pole vault with a personal record of 11 feet, 9 inches.

On the girls side, it was the usual cast leading the way for Dana Hills.

Junior Anisa Rind earned silver in the 400 meters at 57.85, and junior Mia Lawrence finished third in the 400 with a personal record time of 58.08.

Dana Hills competes in the Laguna Beach Invitational on Saturday, March 16 and hosts Trabuco Hills in a dual meet on Wednesday, March 20.