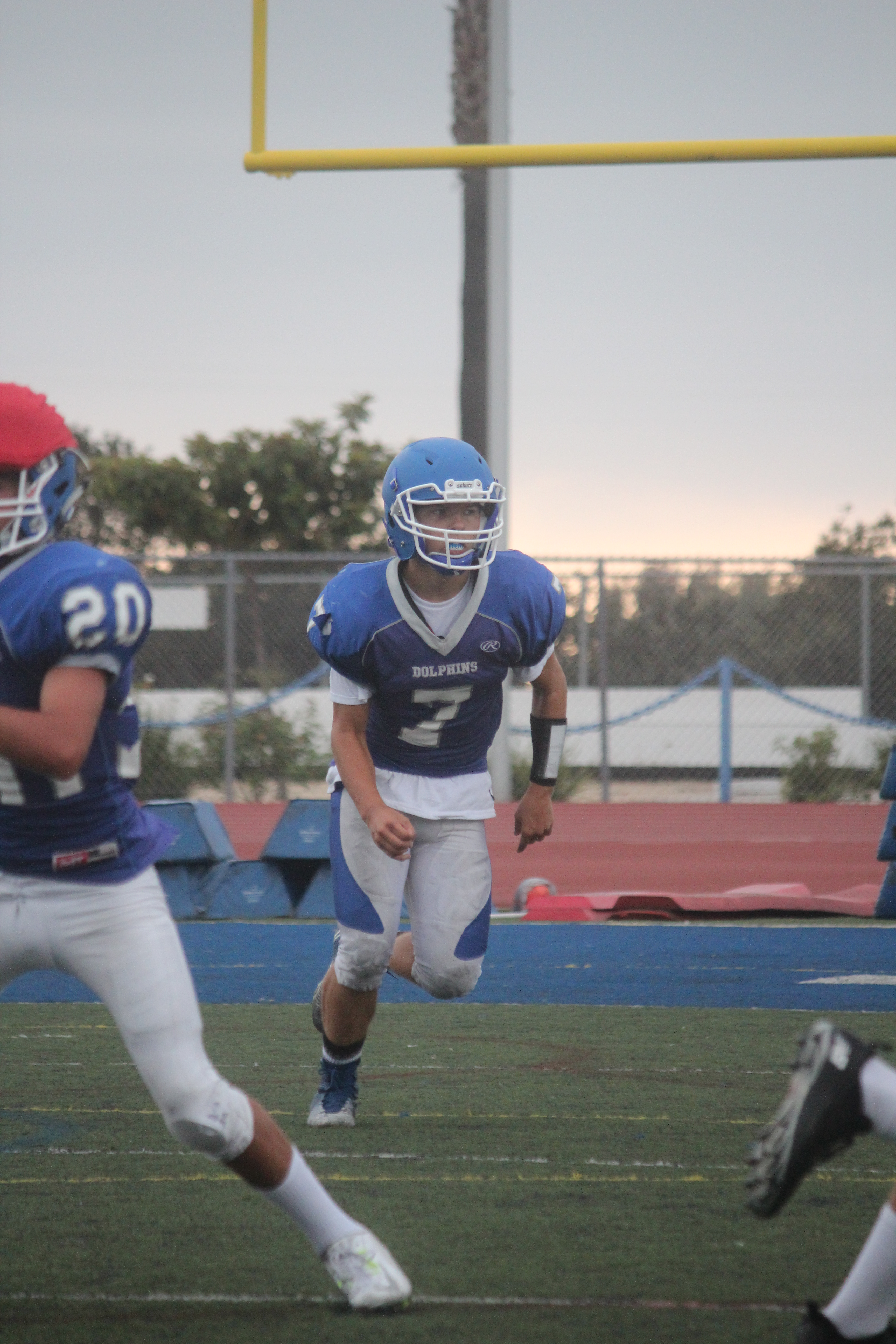 Watching Charlie Bortnick practice with the Dana Hills football team can be a dizzying experience. The junior wide receiver, safety and quarterback rarely leaves the field and when he does, it’s only for a water break.

Bortnick emerged last season during South Coast League play, where he earned his first starting job at safety when the Dolphins played Mission Viejo. In four league games Bortnick recorded 18 tackles and recovered a fumble. With the Dolphins lacking in the experience department this season, Bortnick’s role has been changed drastically.

The Dana Point Times caught up with Bortnick at a training camp practice this week to get his thoughts on the upcoming season and how the team has adapted to the offseason changes.

Dana Point Times: After going 1-9 last year, what does the returning group of upperclassmen want to accomplish this season?

Charlie Bortnick: Redemption. We wanted to get back into it and win more games. Everyone was kind of down and our coach left so we were all in a little bit of disarray, not knowing what was going to happen with the program … We’re looking better, still rebuilding but it should be good. This year we should have a better season than last.

DPT: Coach Skinner has incorporated an up-tempo offense. How has the team adapted to learning the new playbook and style?

CB: It’s harder to learn a new offense, but I think everyone is picking that up … It’s fast but we’ve been conditioning, trying to get our stamina up. It’s fitting pretty well. (Up-tempo offense) is kind of in right now. Oregon has had some success with it as well as some other college teams and it’s even moving up to the NFL right now. It can’t hurt if it’s working (there).

DPT: What is it going to take for this team to compete with the top programs in the South Coast League?

CB: Just hype from the fans, the community and a lot of positive energy … Just getting the mental mindset and being mentally and physically tough.