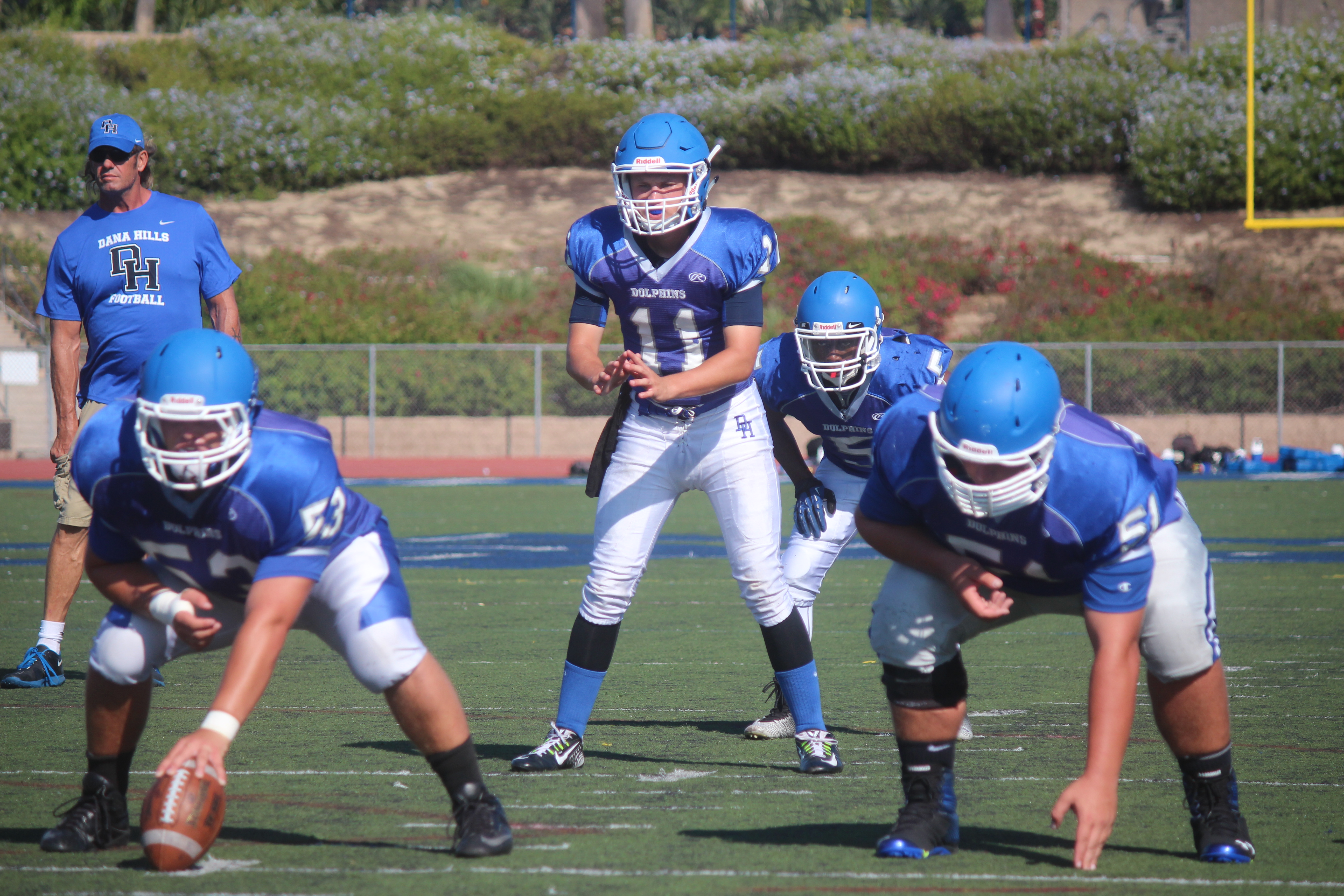 The Dana Hills High School football team’s season is about to begin. In our annual season preview, we highlight five players to watch on offense.

Head coach Phil Skinner pegged Bortnick as a crucial player for the Dolphins, given his ability to play multiple positions. Where Bortnick will make an impact on offense will be at wide receiver as well as at quarterback, where the coaching staff plans to unleash his speed and athleticism. Bortnick will also play defensive back.

The sophomore quarterback has impressed the Dolphins coaching staff over the offseason to the point that he has earned the job as the team’s starter. When the Dolphins deploy an offensive package that requires a man under center, Cisowski will be the guy. Skinner said Cisowski has already stepped into the leadership role the position demands.

At 6 feet tall and weighing 300 pounds, Podgorski will be among the biggest and more experienced linemen up front pacing the way for the Dolphins offense. Skinner said Podgorski is a “XXL-sized” player and will by a physical presence at the line of scrimmage.