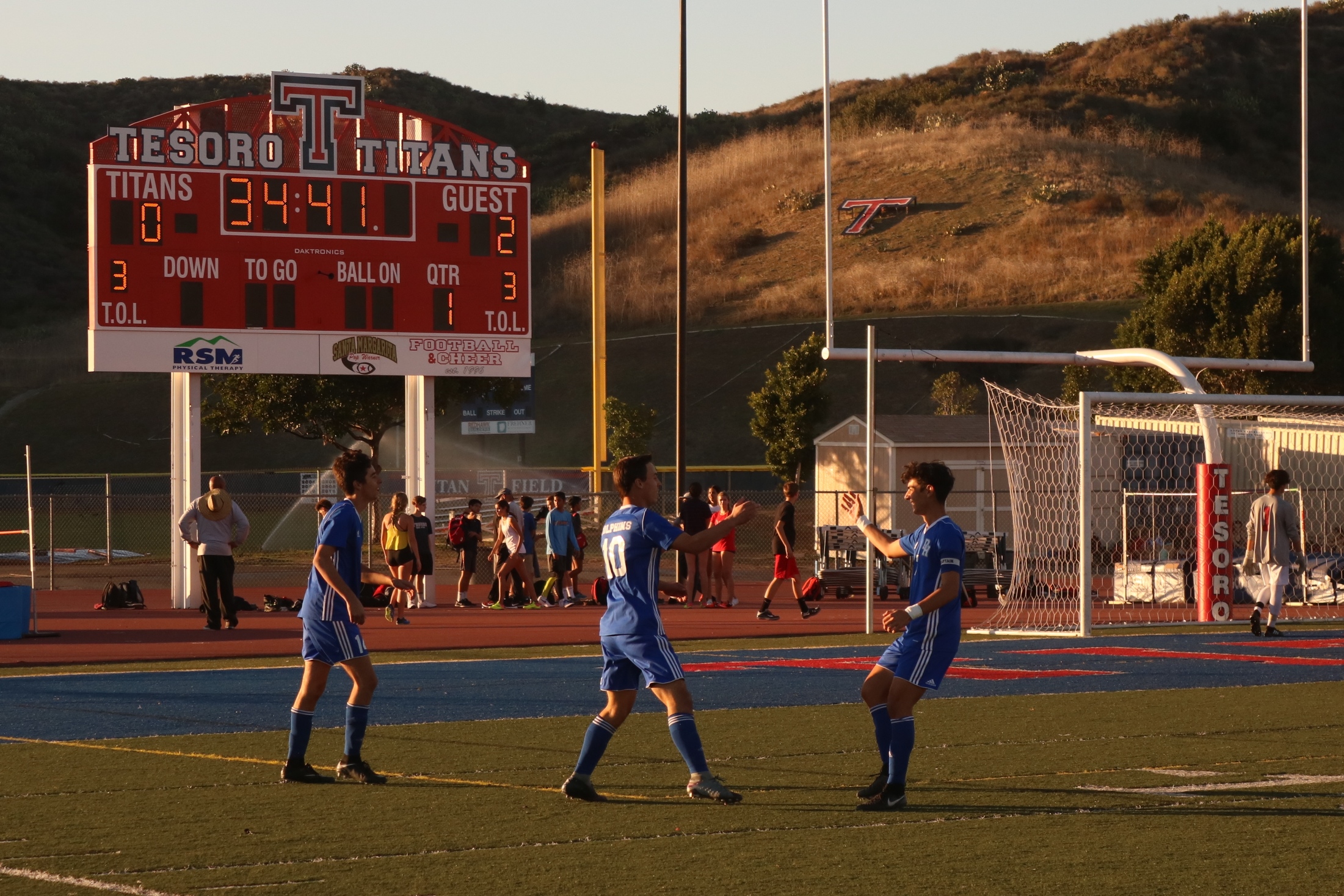 It’s a figure only worsened by the fact that the Dolphins were winless in league for the last two seasons.

All of that together only makes Dana Hills’ turnaround this season all the more remarkable. The Dolphins won their third game of league on Jan. 31 with a 3-0 win over Tesoro and could match that four-year total against last-place Laguna Hills on Friday, Feb. 2.

It’s a run and a sensation that Dana Hills’ 16 seniors haven’t experienced in their high school careers.

“We’re feeling good. We want to keep doing this,” senior midfielder and captain Kasra Diba said. “We want to keep winning and going far in league. It’s definitely different from last year. No one has their head down going into every game thinking the season is over. We have something to play for. That’s definitely the difference.”

That something is a potential playoff berth.

With the change to a points-based “competitive equity” system, the Dolphins aren’t necessarily guaranteed a playoff spot as the league’s No. 2 representative as they would have been the last time they made the playoffs in 2013.

However, Dana Hills is making its case with its run of play, and that tangible possibility brings an energy to each player’s face.

“It would be a dream come true for me,” Diba said. “I’ve been watching Dana, I’ve been on the team for four years. I’ve been waiting to make CIF and play in CIF and to do it with this team would be amazing.”

“It would be amazing,” senior captain and leading goal-scorer Bobby Reynolds said. “Not playing in CIF the past three years I’ve played here, it’d just be electrifying for us. What a payoff for a great season.”

What sparked this turnaround season? Coach Mark Torrianni cited the buy-in from his players.

“Without a doubt, everyone is committed to the cause,” Torrianni said. “We’ve had some ups and downs. We’ve made some mistakes, but overall, I think the boys have a vision of where they want to be and what they want to do and they’ve stuck to it.”

“I think we just play really well together,” Reynolds said. “We’re clicking. The team chemistry is great this year. In past years, we haven’t been on the same page. This year, we’ve been like one team and one unit.”

All of these good feelings and the positive movement have cultivated a united atmosphere among the Dolphins.

“There’s just this cohesiveness with the team that’s really never been there,” Diba said. “We’ve had a lot of ego in the past, and there’s none of that anymore. I feel like a family with this team for the first time in four years.”

The head of that family is Torrianni. In his first full season as head coach, Torrianni’s ability to communicate has helped foster this positive environment, according to Diba.

Torrianni’s X’s and O’s have hit as well. The Dolphins have recently embraced a more direct attacking style, and it showed with two goals by Reynolds in the first six minutes against Tesoro on Jan. 31.

Dana Hills is likely to split its final two games against last-place Laguna Hills and first-place Capistrano Valley. That would keep the Dolphins in a solid second place.

No matter the final result, the hard work and commitment has already paid off.