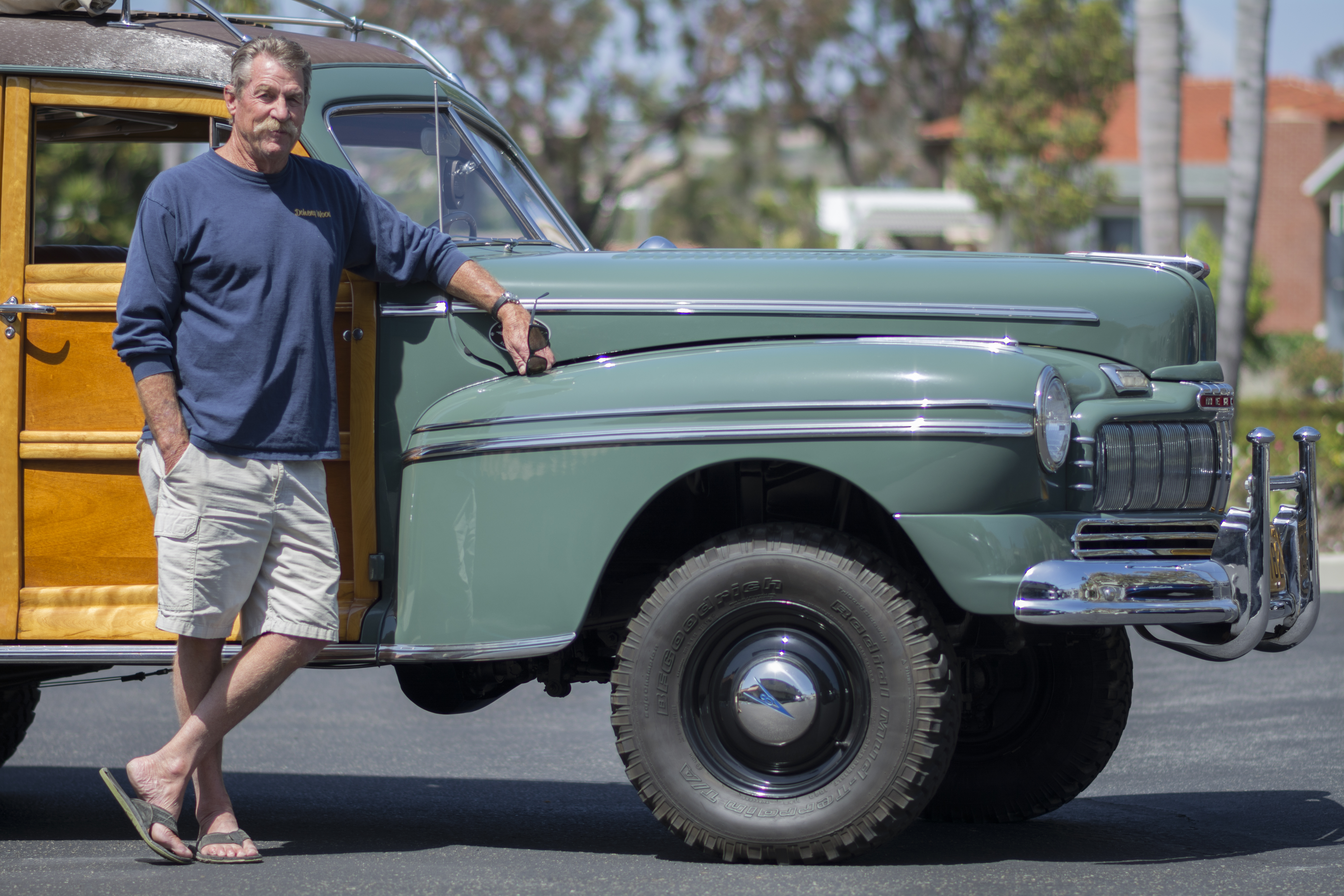 By Dave Holmes, Special to the Dana Point Times

With Doheny Wood—the SoCal Woodie Club’s annual all-woodie car show coming up Saturday, April 23 from 8 a.m. to 3 p.m. at Doheny State Beach—we are highlighting a local club member’s vehicle as an example of the automotive artistry to be on display at the event. The 1947 Mercury 4×4 camper wagon owned by San Clemente resident Dave Holmes is one of the most popular vehicles in the woodie show circuit. Below is the story behind the vehicle submitted by its owner:

This car is one of just five Mercury wagons built with this drivetrain in 1947 and the only one of any year customized for camping by Coachcraft, Ltd. of Hollywood (early 1950s). The wagon was built for Don Bleitz, the United States’ foremost photographer of birds from the 1940s to the 1960s, and was featured in the October 1952 issue of Motor Trend magazine in an article titled, “Unique Cars for Sportsmen.”

Mr. Bleitz used this car for extensive rough-terrain expeditions throughout the southwestern U.S., which is why he ordered it with the very rare Marmon-Herrington all-wheel drive (4×4) conversion; this nearly doubled the original $1,849 cost of the new Mercury.

After flying to Indianapolis to take delivery, Mr. Bleitz and his wife, actress Joyce Mackenzie, drove the wagon back to North Hollywood and had the Coachcraft shop install a stainless steel ice box and water tank in the rear floor, a cot that is stored up against the roof, a reinforced rooftop luggage rack and numerous other modifications for camping. I think of it as the Range Rover of its day.

I bought the car in 1990 from a restorer who had worked on my first woodie, a 1942 Ford, and was to do a lot of the work on this one. The birch structural wood is all original; only the mahogany panels and the interior roof slats were replaced during the restoration, which was completed in 1993. Maintenance and upgrades are continuing.

After I started showing the car, much of its history came drifting back to it. I was extremely lucky to have Joyce Mackenzie Bleitz’s son recognize her in an old photo I was displaying at a show, and he put me in touch with her. She hadn’t seen the wagon since she divorced Don Bleitz in the early 1950s and was quite thrilled to see it again. It turned out she later became a middle-school teacher right here in Dana Point. Unfortunately, I couldn’t meet Don, who passed away in 1986, but Joyce introduced me to his brother who was able to fill in some more details about the car’s history.

I consider myself very lucky to be the caretaker of such a unique part of American automotive history and I’m very much enjoy getting it out to events where people can learn about it.