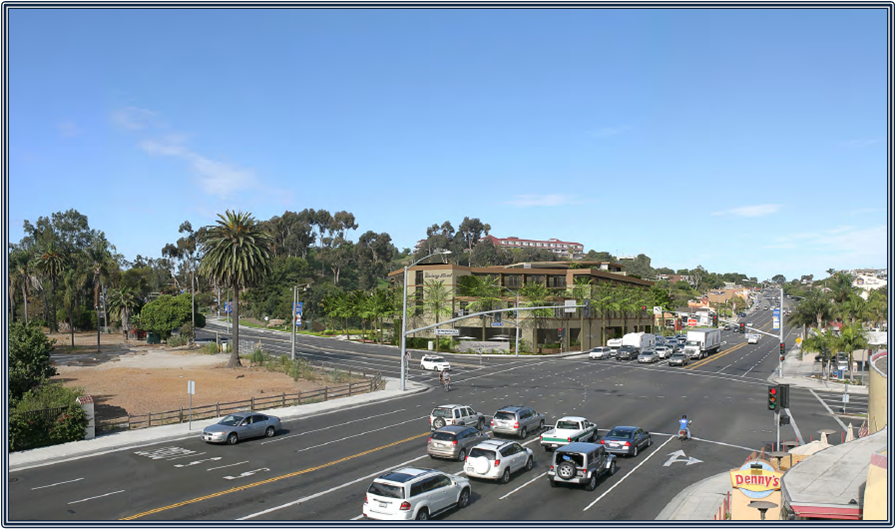 The Dana Point City Council on Tuesday voted unanimously to accept the withdrawal of a permit request for the 250-room, 248,850-square foot Doheny Hotel proposed for the corner of Pacific Coast Highway and Dana Point Harbor Drive.

The intended discussion of the project, as noted on the meeting agenda, was to be a continuation of the hearing regarding the appeal filed by the  developer, Beverly Hills Hospitality Group, following the Planning Commission’s April denial of their 2009 application.

The recommendation listed on the meeting agenda for the item asked the council uphold the Planning Commission’s action and vote to deny the project.

City Manager Doug Chotkevys introduced a letter received by the city from the developer on Monday expressing its wishes to withdraw their application, go back to the drawing board and submit a revised project at another time.

In response to this written request, the council instead voted to accept the wishes of Beverly Hills Hospitality Group, and allowed the developer to withdraw their application.

The motion the council ultimately voted on, made by Mayor Pro Tem Steven Weinberg, was worded as follows: “If and when a revised project is submitted to the city, staff treat it as a continuation of the current project, analyze it and submit it to the Planning Commission in the normal course of business. And two, this action is intended to reflect the council’s action on the appeal, is to direct that the matter be returned to staff for further consideration, if and when a revised project is submitted by the applicant.”

Weinberg further explained, it meant the Planning Commission’s denial would be thrown out completely, giving the applicant the ability to start the process over again without a denial “hanging over his head with his investors.”

“I think it’s the fair thing to do,” Weinberg added.

Long at issue were the hotel’s requested variances including exceeding the city code mandated 35-foot height and three-story limits; traffic and density concerns and the proposed use of 0.76 acres of Lantern Bay Park for the hotel’s driveway, among other concerns.

In April the Planning Commission voted in accordance with the vocal majority and denied the permit. The applicant filed an appeal to the City Council.

Despite a number of revisions made by the applicant and presented in a series of public hearings, the letter dated Oct. 6 from Robert Theel Company, on behalf of Beverly Hills Hospitality Group, said that after listening to comments from city officials and the public they wish to withdraw the project and “pursue a project design that better comports with the community comments and Zoning Code.”

Theel said several months are likely to pass before the applicant is ready to submit a new plan to the Planning Commission.