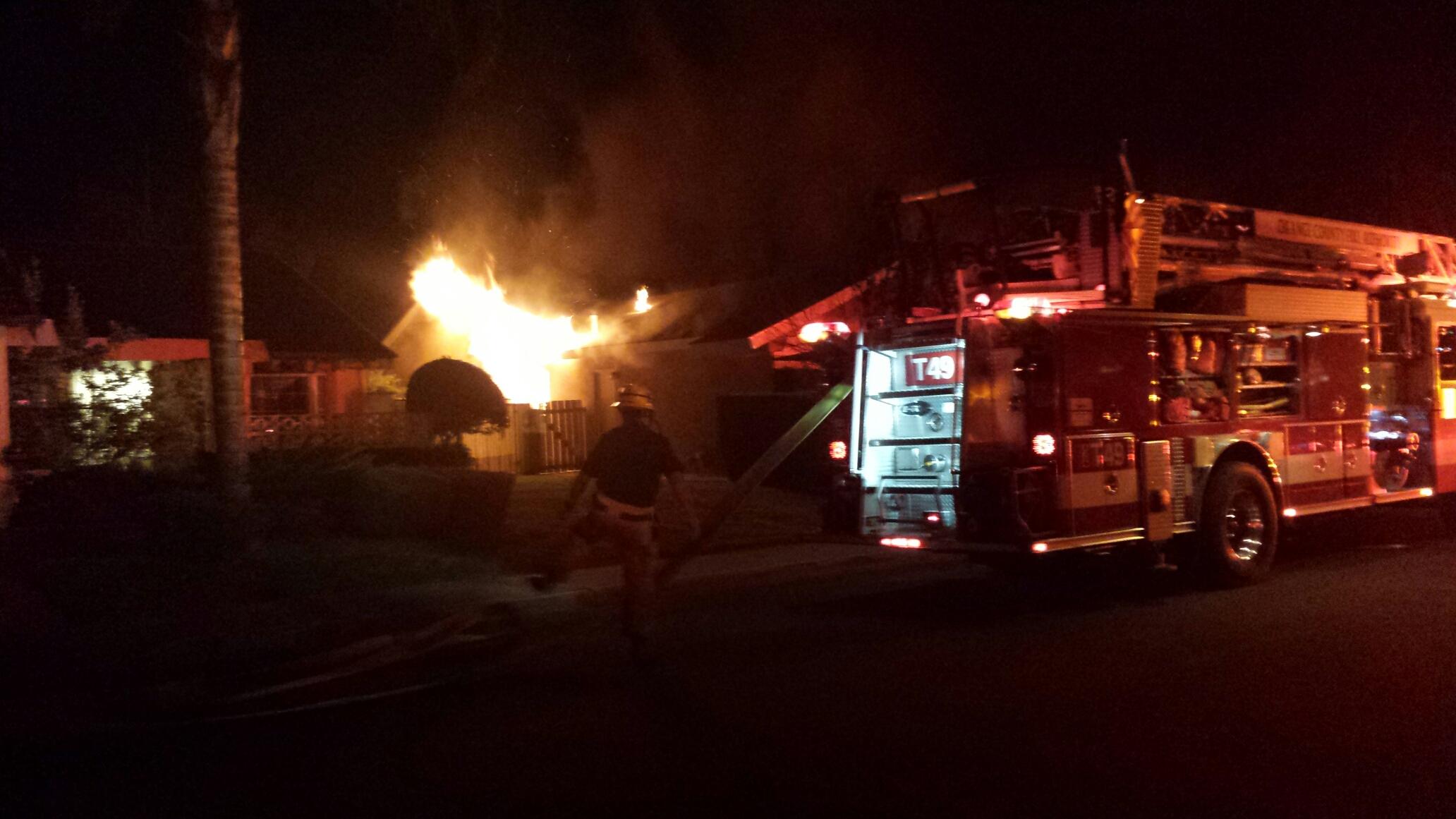 A dog was rescued from a fire that broke out Saturday night in a Dana Point home, fire officials said.

Captain Larry Kurtz with the Orange County Fire Authority said a fire was confined to two bedrooms of the home and extended to the attic.

“The cause of the fire is still under investigation,” Kurtz said.

Kurtz said the occupants of the home were not present at the time and there were no injuries. He said the dog was a large brown unknown breed, but was unharmed and in possession of animal control. Currently, he’s not aware if the dog was picked up by the owners.

The fire was distinguished in 20-25 minutes, and 29 Orange County firefighters were on the scene, Kurtz said.

Dana Point – Knock down on fire; Damage to bedrooms and attic. No injuries to OCFA or civilian personnel. Cause under investigation. pic.twitter.com/m5w5EIhKVb