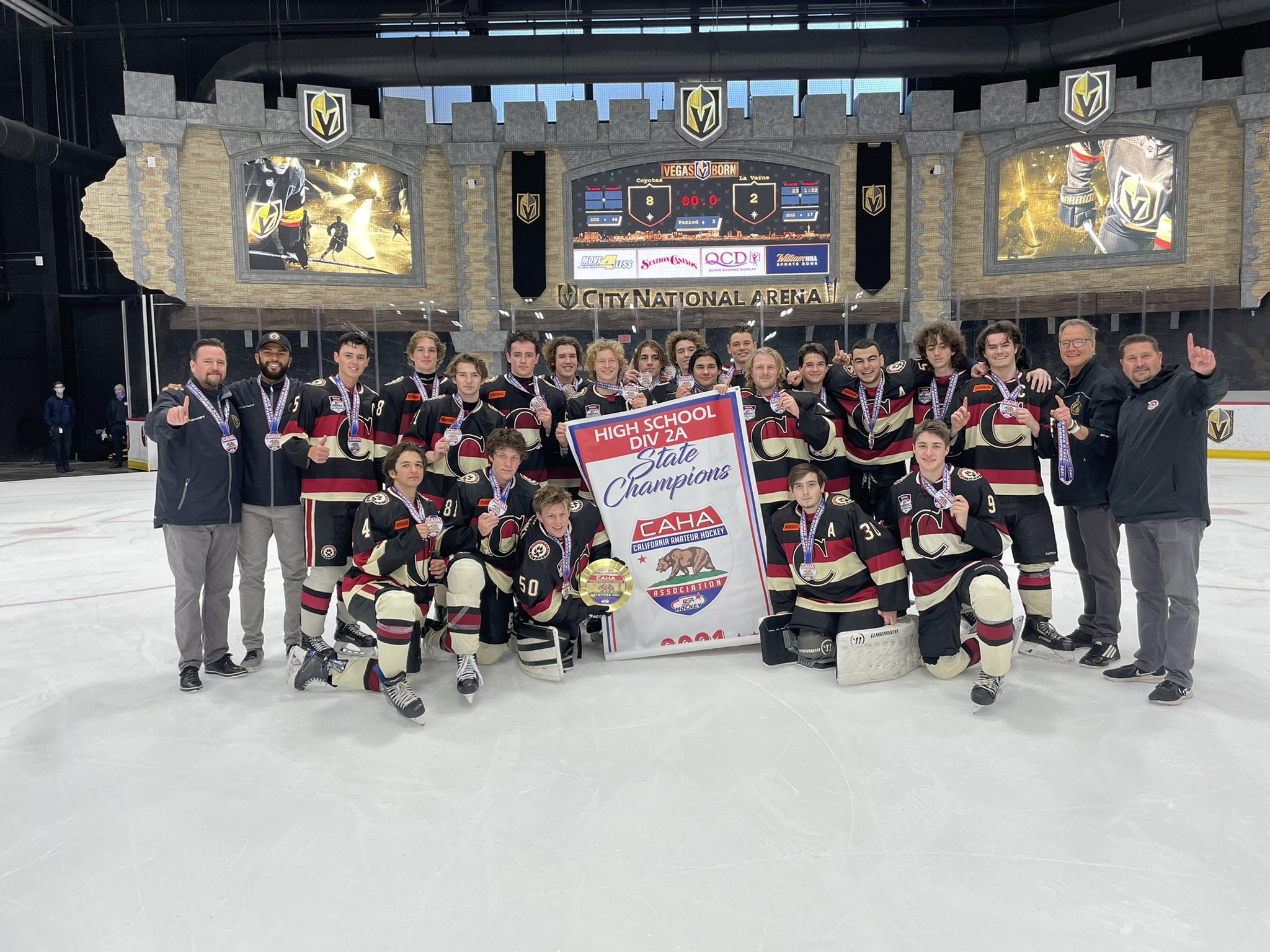 By Zach Cavanagh The Capistrano Unified School District’s combined high school hockey team—the Capistrano Coyotes—made program history on Monday, April 19, as the team competed in its first national championship game. In the USA Hockey High School Division II National Championship in Omaha, Nebraska, the Coyotes went out to a 3-0 lead in the first period, but the hometown Omaha Junior Lancers pushed back to force overtime, 4-4. Ten minutes into the extra session, Omaha scored off a faceoff to win the title, 5-4. Capistrano went 4-1-1 overall in the tournament, with wins over teams from Kentucky, Utah, Colorado and Florida. The Coyotes qualified for the tournament by winning the CAHA High School Division 2A state championship in March.

Capistrano’s leading point-scorer in the tournament was Dana Hills junior defenseman Quinton McElligott, who scored three goals and added six assists for nine points. All three of McElligott’s goals came on the power play. The Coyotes’ leading goal scorer was senior Nathan Brunelle, who attends the Capistrano Connections school, with five goals. Dana Hills senior forward Joe Pratt also contributed with two goals and two assists for four points, and Dana Hills junior forward Luke Baker also got ice time for the Coyotes. The Capistrano Coyotes have four games remaining in their Anaheim Ducks High School Hockey League season and returned to the ice on Thursday, April 22, against Orange Lutheran at Great Park Ice in Irvine. Results were not available at press time. The Coyotes play next against St. John Bosco on Saturday, April 24, at Great Park Ice.
Zach Cavanagh Zach Cavanagh is the sports editor for Picket Fence Media. Zach is a California Journalism Award winner and has covered sports in Orange County since 2013. Follow him on Twitter and Instagram @ZachCav and follow our sports coverage on Twitter @SouthOCSports. Email at zcavanagh@picketfencemedia.com.