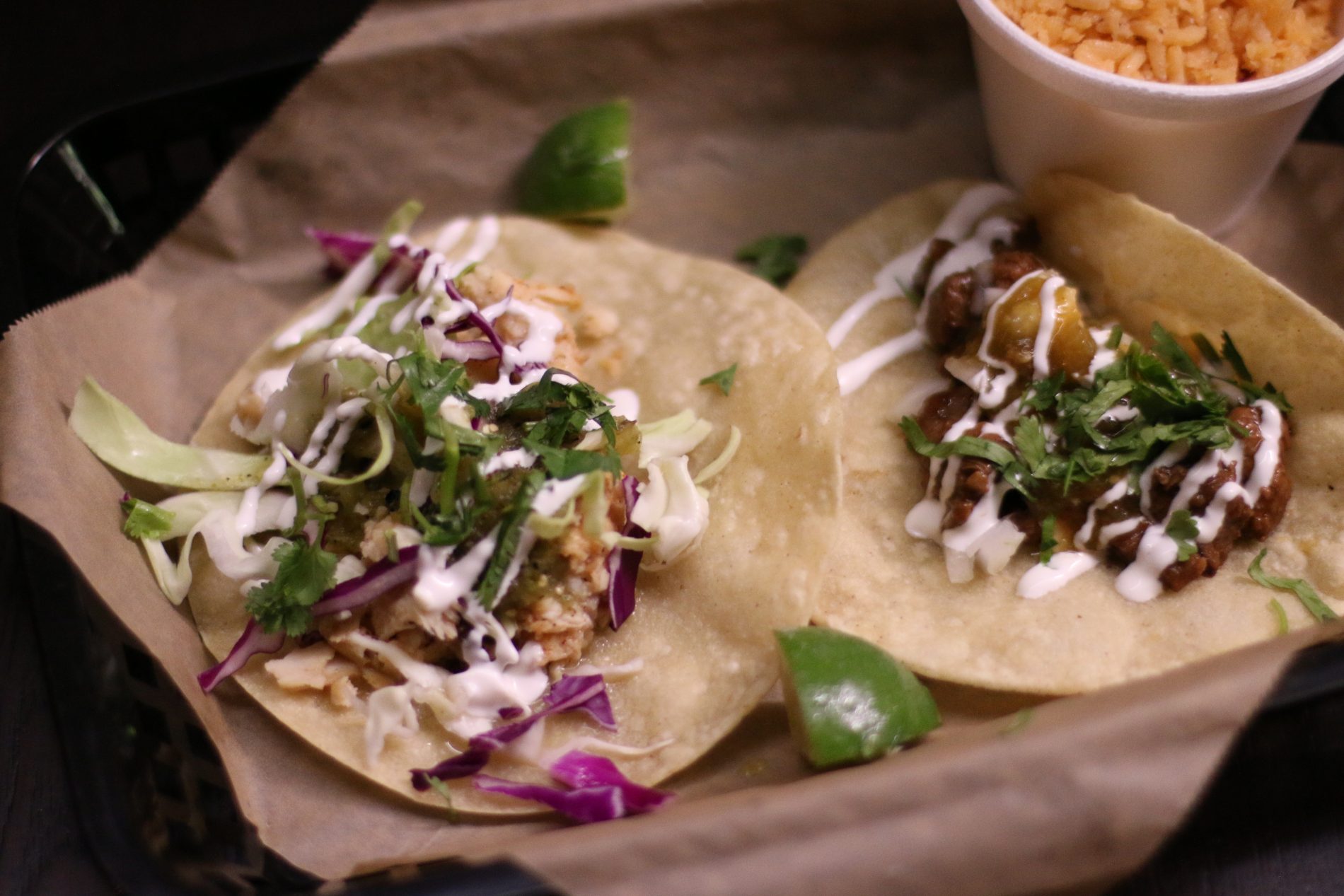 GETTING OUT, Restaurant Guide

This taqueria is not bashful, especially when it comes to flavor. Sancho’s Tacos offers a gourmet take on the classic street taco. On the menu, dishes are categorized in nomenclature of historical, authoritative endearment, such as “Yard Bird” and “Federale.”

The restaurant prides itself on the heritage of street tacos and pays homage in its recipes to the origin as much as modern cuisine.

The choice this week was to roll two deep with the “O.G.” and “Flounder Pounder” tacos. The marinated fish along with powerful cilantro sauce packs a punch to each segments of the taste buds. This could be the mischief of something called “Chubbie Sauce,” that miraculous ingredient every successful restaurant keeps in ambiguity. You do not question the sauce; the sauce does not question you.

The blend of contributions is inspiring and well-balanced, and lime juice can be applied to the mixture as needed.

The second taco, O.G., was truly a unique experience. Made with tri-tip steak, the meat had a caramelized texture, similar to Chinese orange chicken but not nearly as formidable or thick. It was more to highlight the flavors, which were also accompanied by the Chubbie sauce and cilantro, rather than make its own statement.

Sancho’s Tacos has been open for two weeks in San Clemente but has locations around Orange County. As a city with residents and visitors always clamoring for fish tacos, Sancho’s has found a solid location, right at the gateway to Trestles.