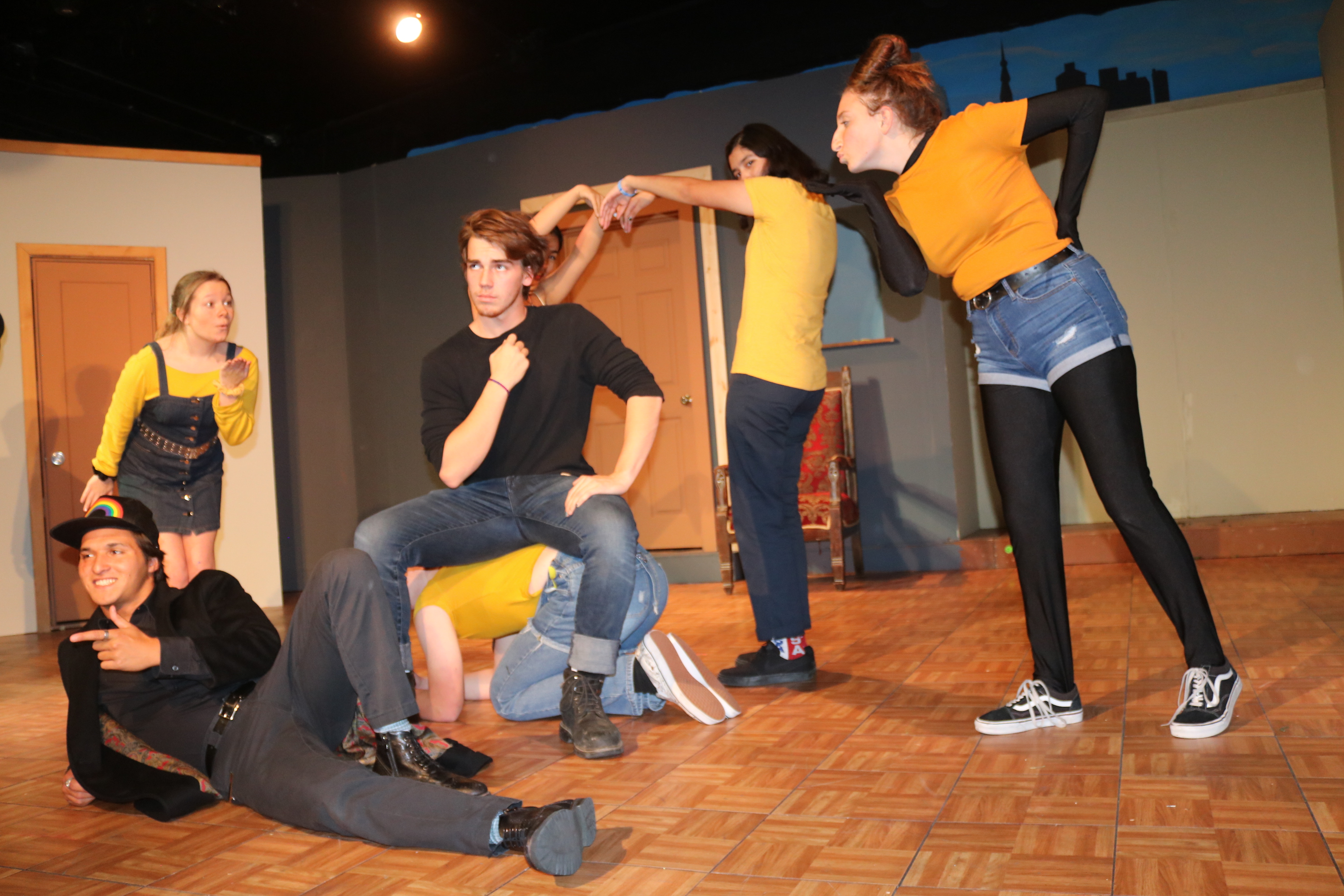 Evan Gordon, a junior at Dana Hills High School, says that in co-writing and co-directing an original play, he’s learned that it’s really hard to get high schoolers to be quiet.

Gordon partnered with Ty Sterling, a Saddleback College student, to write and direct the play Souvenirs—a satire on storytelling cliches. Audiences can enjoy the play 7-8:30 p.m. on Friday and Saturday nights, Nov. 1-2 at Camino Real Playhouse in San Juan Capistrano.

Sterling and Gordon held auditions in Gordon’s home after announcing casting on social media. Students that Gordon had never met showed up to audition. Now the majority of the cast and crew is comprised of current and former members of DHHS’s South Orange County Schools of Arts program.

The toughest part about production has been building the set pieces. Gordon says they’ve either borrowed props or built set pieces from scratch, including a five-foot-tall treasure chest. The cast and crew have been rehearsing twice a week since summertime, which includes character building activities.

“All of this has given me a lot of experience,” Gordon said. “Some of us have severe social anxiety and we’ve had to learn how to manage it while developing leadership skills. This whole experience has been aggravating, fun and hilarious. My hope is that the audience walks away afterward catching at least a glimpse of that.”

Gordon says Souvenirs is meant for a fun teenage audience, ages 13 and older due to inappropriate language. Tickets are $10 each and can be purchased in advance on eventbrite.com.