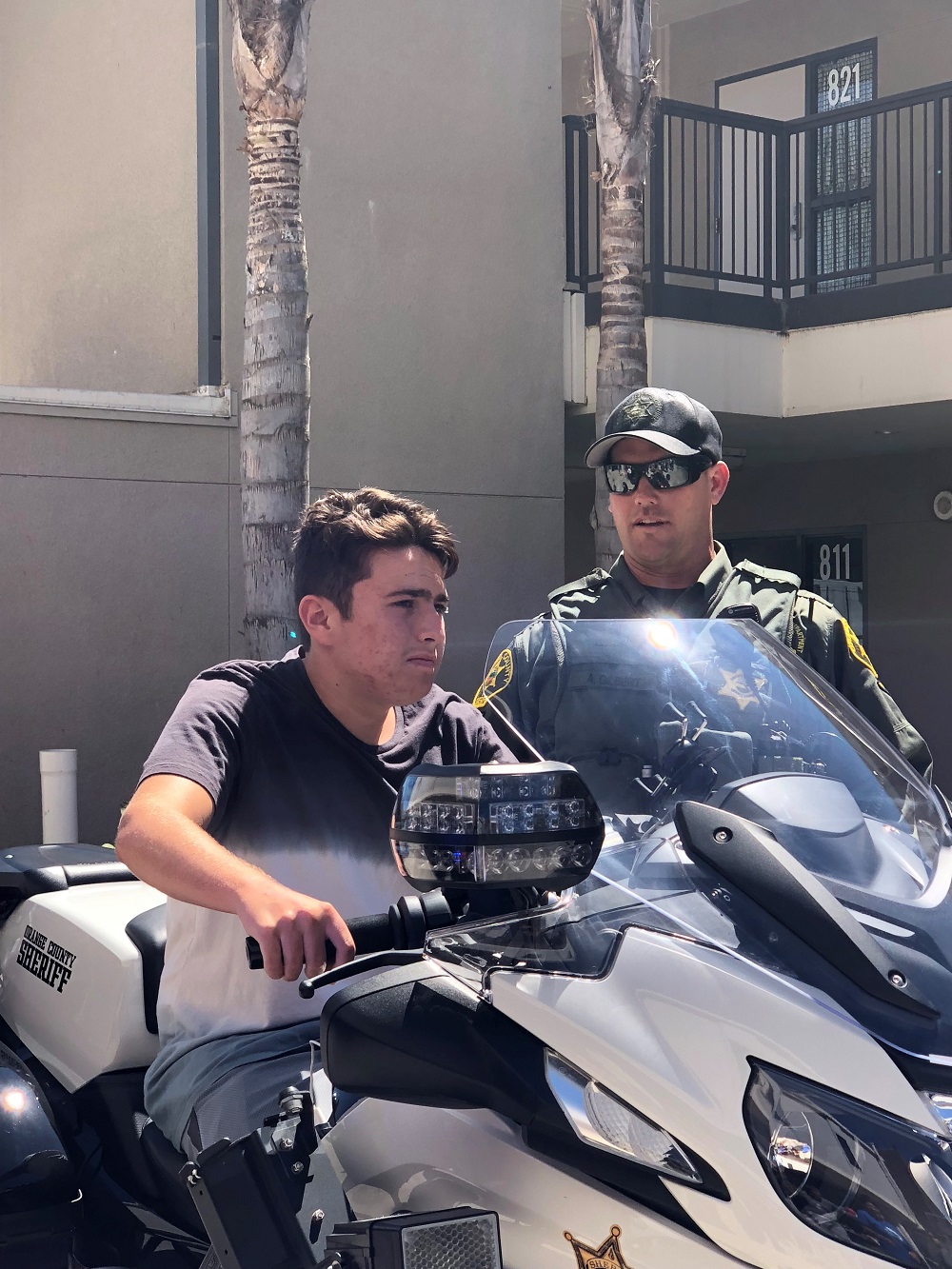 The party was initially instigated by Deputy D. Tildwell as an event to show support for the department after they were burglarized and vandalized by a group of five or more current and former students.

Just after midnight the morning of Aug. 26, at least five current and possibly former students entered  DHHS. They proceeded to vandalize the special education department; drawing illicit images on the dry-erase boards in permanent marker, and stealing a variety of items including gift cards used by the students when off school grounds to teach and help them learn important life skills like spending and knowing their financial balances.

“It appears as if they may have specifically targeted the special education hall,” Tildwell said.

Tildwell, who is the DHHS OCSD School Resource Officer, immediately took action. She immediately began rallying her fellow OCSD Dana Point deputies. She asked her fellow deputies to pitch in to raise funds and allocate resources to assist replacing what had been taken.

“I saw Mike at City Hall and we were talking and I explained what I was doing. He said ‘Wait. The deputies are doing this?’”Tildwell recalled. “No way. Good idea, but we’re picking up the bill for this.”

So on Sept. 13, Killebrew and the various contingents of OCSD showed up at DHHS with a car loaded down with gallons of ice-cream and all the fixings. More than 20 OCSD members entertained close to 50 DHHS special education students.

Tildwell said at the end-of-the-day, most of the students were more interested in the officers and their motorcycles than the ice cream.

Angela Rinke is a special education teacher at DHHS. She compared the break-in and theft experience to having your home ransacked.

Rinke and Tildwell mentioned there are a variety of ways to support the program and that they are actively taking donations as well as looking for small local businesses interested in employment opportunities for some of their students.