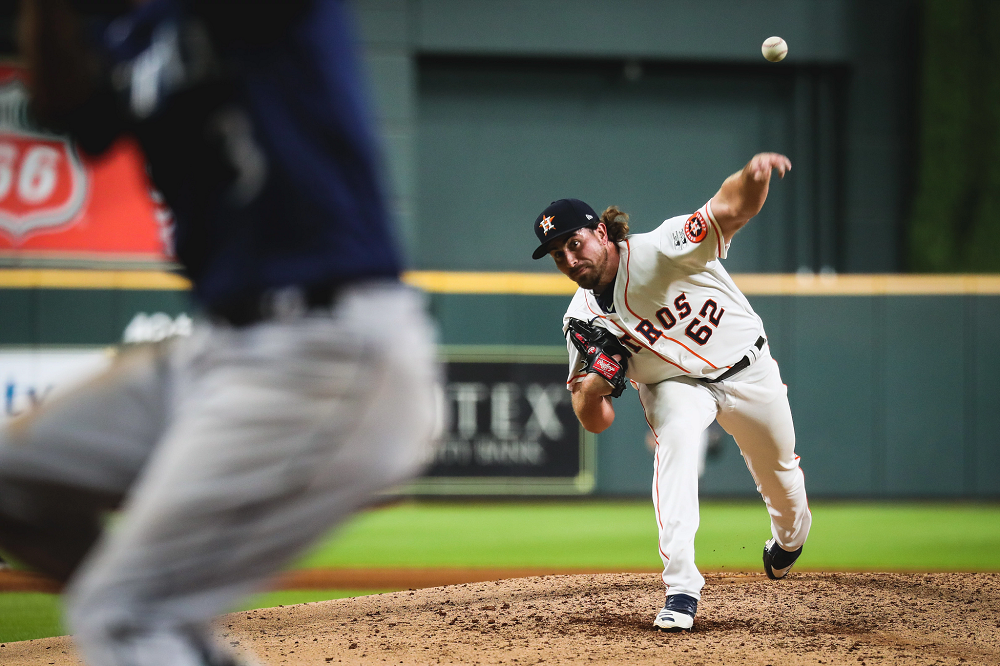 After a seven-year journey through the minor leagues, Dana Hills alumnus Blake Taylor made his major-league debut in this delayed and shortened MLB season for the Houston Astros on July 24.

Thirty miles away from his high school ballpark, the 2013 Dolphin graduate earned his first major league victory as the Astros defeated the hometown Angels, 6-5, in 11 innings on Sunday, Aug. 2.

Taylor came on in relief with two outs in a tied 10th inning and struck out Matt Thaiss looking to end the inning. The Astros grabbed the lead in the top of the 11th inning, and after fighting through two two-out walks, the 24-year-old left-hander closed down the bottom of the inning to seal the win.

Taylor threw 1 1/3 innings with no hits, no runs, two strikeouts and two walks. In seven appearances this season, Taylor is 1-0 and has not allowed a run in 7 1/3 innings pitched, allowing two hits and two walks while striking out nine.

Taylor was signed by the Pittsburgh Pirates out of Dana Hills in 2013 and was traded to the New York Mets organization in 2014. Taylor then spent the next six seasons on eight different teams in the Mets system before being traded to the Astros in December 2019. Taylor had been assigned to the minors in spring training but made the Astros roster out of their pre-restart summer camp in July.