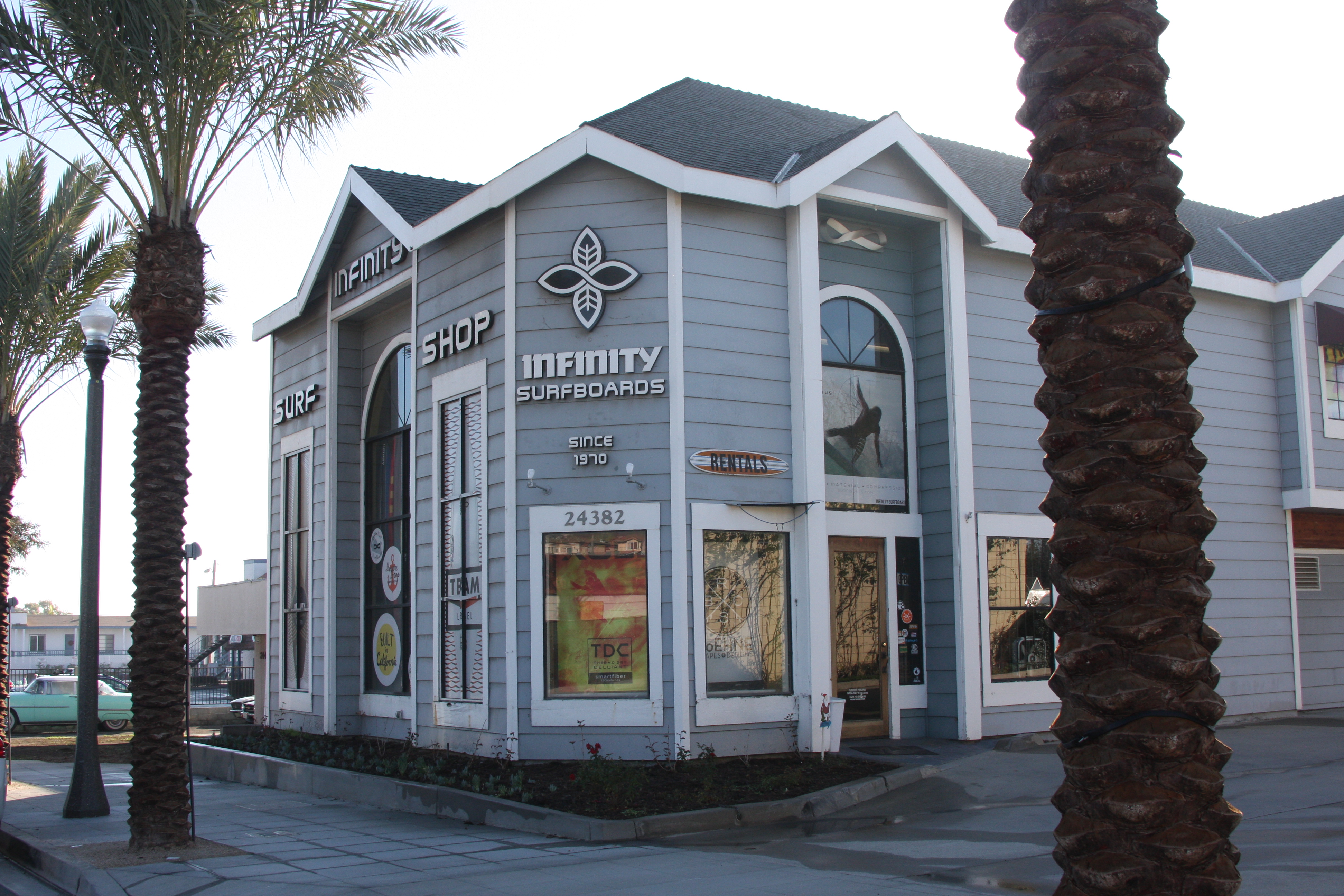 BY THE CITY OF DANA POINT, SPECIAL TO THE DANA POINT TIMES

When looking up the definition of tandem in the dictionary, it would be fitting to find a picture of Steve and Barrie Boehne. They’ve worked side-by-side for more than four decades—as tandem surfers, as a married couple and as business partners.

It’s a partnership that has traversed the globe with Steve and Barrie sitting amongst the top tandem surfers. It saw the birth of two sons, the beginning of a brand, the evolution of sport and the creation of more than 40,000 surfboards—most at the hands of Boehnes—bearing the infinity symbol.

And so, Infinity Surfboards has stood the test of time, due, in part, to Boehne’s ability to embrace change without reserve. Long, short, tandem and stand-up paddle, name the board and Infinity shapers make it. They haven’t fought surf’s cultural transformation; rather, they’ve accepted trends and ridden their waves.

“Surfboards are like clothing, in that they are things that evolve and styles that change,” Boehne said.

Boehne started surfing at 12. It was 1959 and he hit spots in Torrance and Redondo Beach. He shaped his first board a year later and landed a job with Gordie Surfboards in 1968. Soon after, he met Barrie—she was an accomplished tandem surfer, while Boehne was a novice.

“She really learned how to swim once she started surfing with me,” Boehne said.

The Infinity brand was born in 1970 when Boehne designed the brand’s first board—a 7-foot, single-fin, balsa wood board with “#1” printed on the tail. He and Barrie married in 1971 and opened the first Infinity shop in Huntington Beach. At one point in time, Infinity had shops in San Clemente, San Diego and Mission Viejo. But since 1986, Infinity, and the Boehnes, have called Dana Point home.

With Barrie on the books, Steve on the planer, eldest son David on the design and marketing plans and younger brother Dan, a local dentist, in the shop shaping boards on the weekends, Infinity has thrived.

But as Boehne put it, right now “is actually the best time over the last 40 years.”