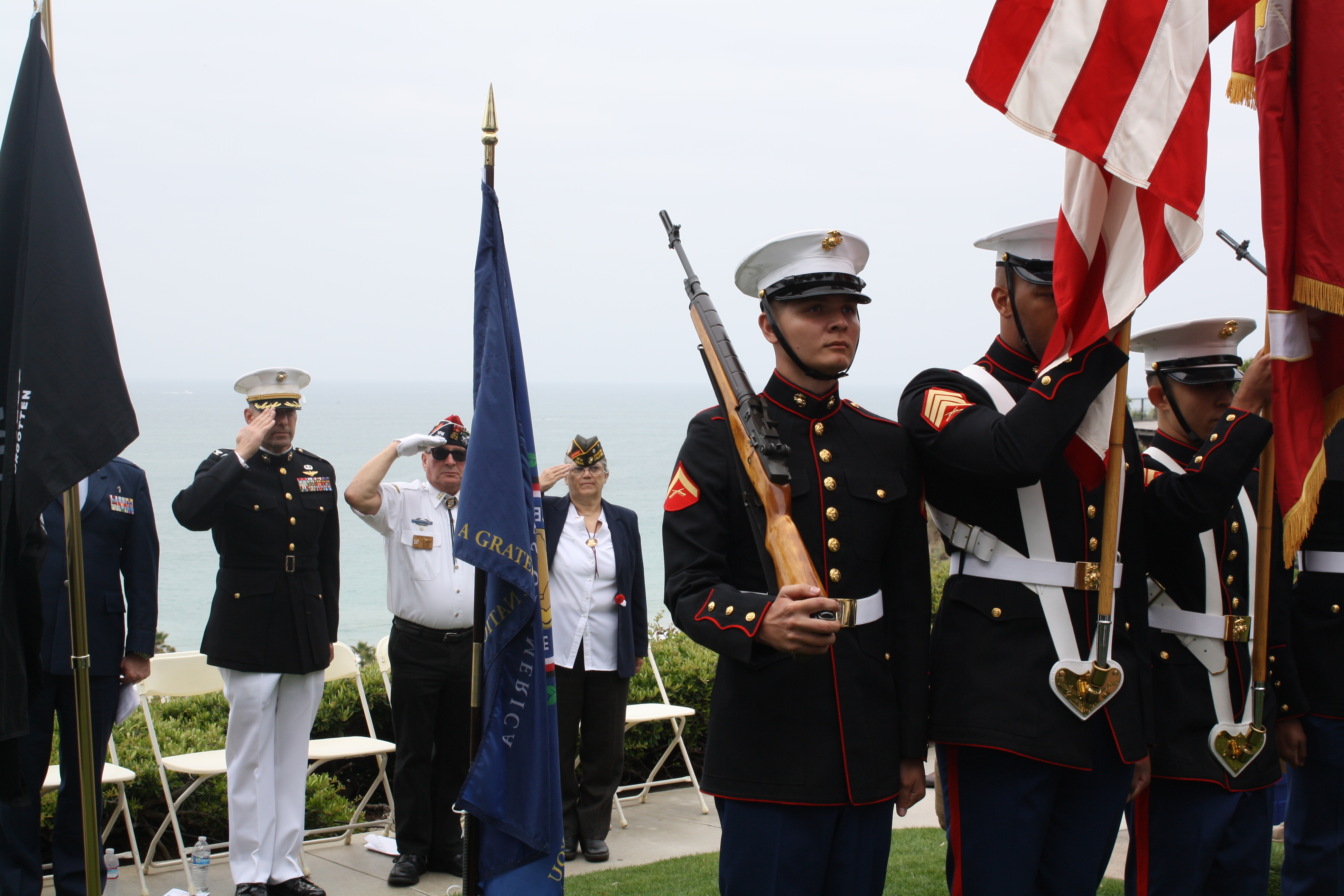 For some residents, Memorial Day means packing up the car and heading off for an extended weekend getaway. But for many, including those in the Dana Point Veterans of Foreign Wars Post 9934, Memorial Day is more than that.

Every year, the city’s VFW holds a ceremony to pay respects to the men and women who have died while serving our country as well as those who are still with us today. The Pacific Ocean provides a perfect backdrop for a few hundred guests who will gather for this important tribute.

“Memorial Day is America’s most solemn holiday in which it is the day when we honor those who gave their lives in defense of our country, throughout the decades ever since the Revolutionary War so that we can enjoy the lifestyle that we have today,” said Wayne Yost, commander of the Dana Point VFW.

The tradition will continue with this year’s ceremony.

“We will be honoring each individual with a commemorative coin as well as a pin-on ribbon medallion from the conflict in which they so valiantly served,” Yost said.

During this year’s ceremony, WWII and Korean War Veterans will be individually honored and recognized. Last year, which marked the 50th anniversary of the Vietnam War, veterans who served during the war received a special dedication.

Yost said, at the time of the interview, there were about 16 WWII and an equal amount of Korean veterans that would be in attendance.

“If you have never attended this special Memorial Day Service, it is very moving. It is 90 minutes out of your holiday weekend that really brings home how fortunate we are to be Americans,” according to the VFW’s website.

Former Councilman and Mayor Carlos Olvera will be the Master of Ceremonies.

The ceremony will close with the presentation of the “Boots and Rifle,” to honor five service members have died in the past year in combat. Members of the Dana Point VFW Post and Auxiliary 9934 will present these honors.

Leading up to the event, volunteers will be distributing Buddy Poppies to raise money for the Service Funds, which helps support veterans, family members and active-duty members.

Over Memorial Day weekend, volunteers will be at Albertsons off Golden Lantern in Laguna Niguel, at Stater Brothers off La Paz in Aliso Viejo and at Trader Joe’s off Aliso Creek Road in Aliso Viejo.

The VFW members will be at the locations May 26-28, according to the VFW website.