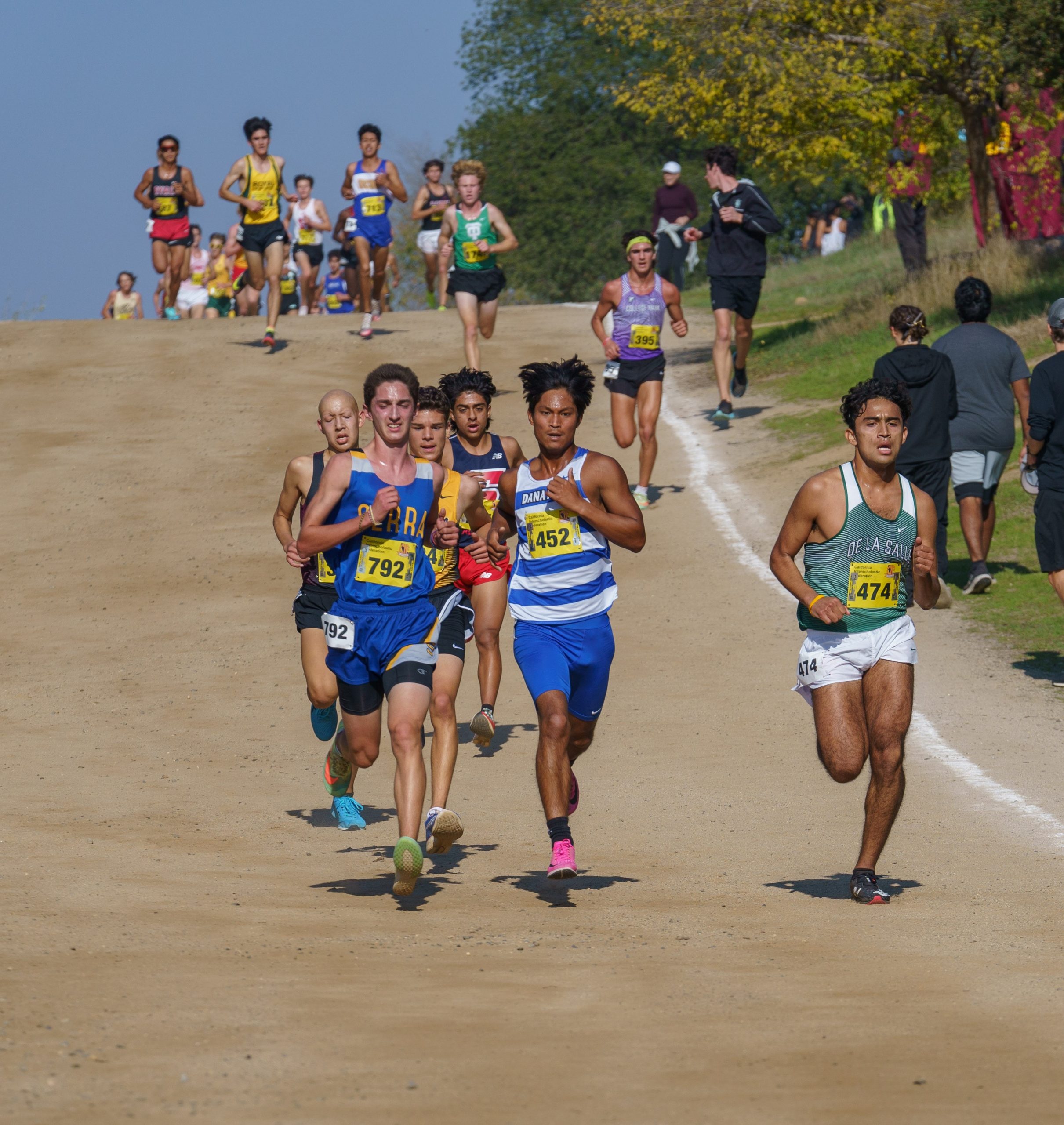 Dawson hung just behind the lead runners over the first two miles, sprinted ahead in the final third and held off the field down the stretch to win the Division II individual crown at 15 minutes, 19 seconds in the CIF State Championships at Woodward Park in Fresno.

Dawson became only the second Dana Hills boys runner to win an individual state championship after Tyler Valdez, who won the state title in 2008. Dawson and Valdez are the only Dana Hills boys to win both CIF State and CIF-SS individual titles. Jake Ogden is the only other Dana Hills boy to win a CIF-SS title, in 2013.

Dawson’s state title caps off a golden season for the senior from New Zealand.

Dawson won six of the eight races he entered this season, and Dawson won nine of 11 races in the calendar year. He went three-for-three in the delayed and shortened season in the spring.

Dawson opened the fall season with a win at the Mt. Carmel Invitational on Sept. 18, and the senior then captured titles at the Orange County Championships, Mt. SAC Invitational, South Coast League Finals, CIF-SS Division 1 Final and the CIF State Division II Championship.

The only two races Dawson didn’t win were an earlier race on the state course with a faster time than he ran at the state meet—15:17 for 13th place at the Clovis Invitational—and a third-place finish at the CIF-SS preliminaries to qualify for the finals.

Dawson saved his best effort of the state meet for the end of the 5,000-meter race at Woodward Park.

Dawson sat in 20th after the first mile with a split of 4:53, just behind a tight leading pack. The 1-mile leader clocked in at 4:51 and ultimately finished in 112th.

The leading pack thinned out by the 2-mile marker, but Dawson still lingered just behind the leaders in fourth at 10:33. The 2-mile leader came in at 10:32 and ultimately finished fourth.

In the final mile, Dawson used his closing ability and the draft from the leaders to pull ahead and push out to a nearly four-second lead on the second-place finisher. Dawson won the race at 15:19.1, with second place coming in at 15:22. Dawson’s time was also good for 20th overall across all divisions.

As Dawson advanced up the pack, so did Dana Hills’ spot in the overall standings. The Dolphins were in ninth after one mile and eighth after two miles before finishing seventh overall.

After Dawson, the next Dana Hills runner to cross the line was junior Jack Jones in 33rd place with a time of 16:01. Senior Nathan Scheer was the next Dolphin runner in at 16:11 in 45th, and senior Nick Burke came in at 16:24 for 67th.

Freshman Evan Noonan finished 100th at 16:44 to round out the scoring five. Dana Hills’ alternate runners, sophomores Garrett Woodruff and Mike Ayala, finished 118th and 146th at 16:53 and 17:15, respectively. There were 188 runners in the Division II field.

Dana Hills was once again paced by junior Allura Markow, who moved up and down the field to settle in at a 14th-place finish at 18:17. Markow was in 16th after one mile and up to sixth after two miles.

The Dolphins were bolstered by plenty of youth this season, and that showed as freshman Annie Ivarsson was the next Dana Hills runner in at 19:04 in 40th place. Sophomore Paige Scheer came in at 19:14 in 57th, and sophomore Cooper Murphy finished 62nd at 19:17.

Sophomore Tessa Anderson was the fifth scoring runner in for Dana Hills at 20:05 in 103rd. Alternate runners Quinci Lott, a sophomore, and junior Angie Lopez finished in 113rd and 121st at 20:11 and 20:18, respectively.

There were several other notable local finishers at the state meet.

History Made in Division I

As it was in the CIF-SS Finals, the Division I boys race was won on a thoroughly dominant performance by Newbury Park.

Newbury Park, considered by many as the best cross country team in the nation and arguably the best of all time, posted a near-perfect score of 16, with its runners taking the first four spots and its fifth runner coming in sixth.

Newbury Park broke the state scoring and team-time records with those 16 points and a 73:25 overall time, and its top three runners posted the second-, fourth- and sixth-best times ever on the 5,000-meter course.

After Newbury Park’s 16 points, Great Oak of Temecula was second at 119 points, Loyola of Los Angeles was third at 143 points, and San Clemente finished fourth at 175 points.

At the last state meet in 2019, Newbury Park beat Dana Hills in Division II, edging the Dolphins for the title, 37-88.