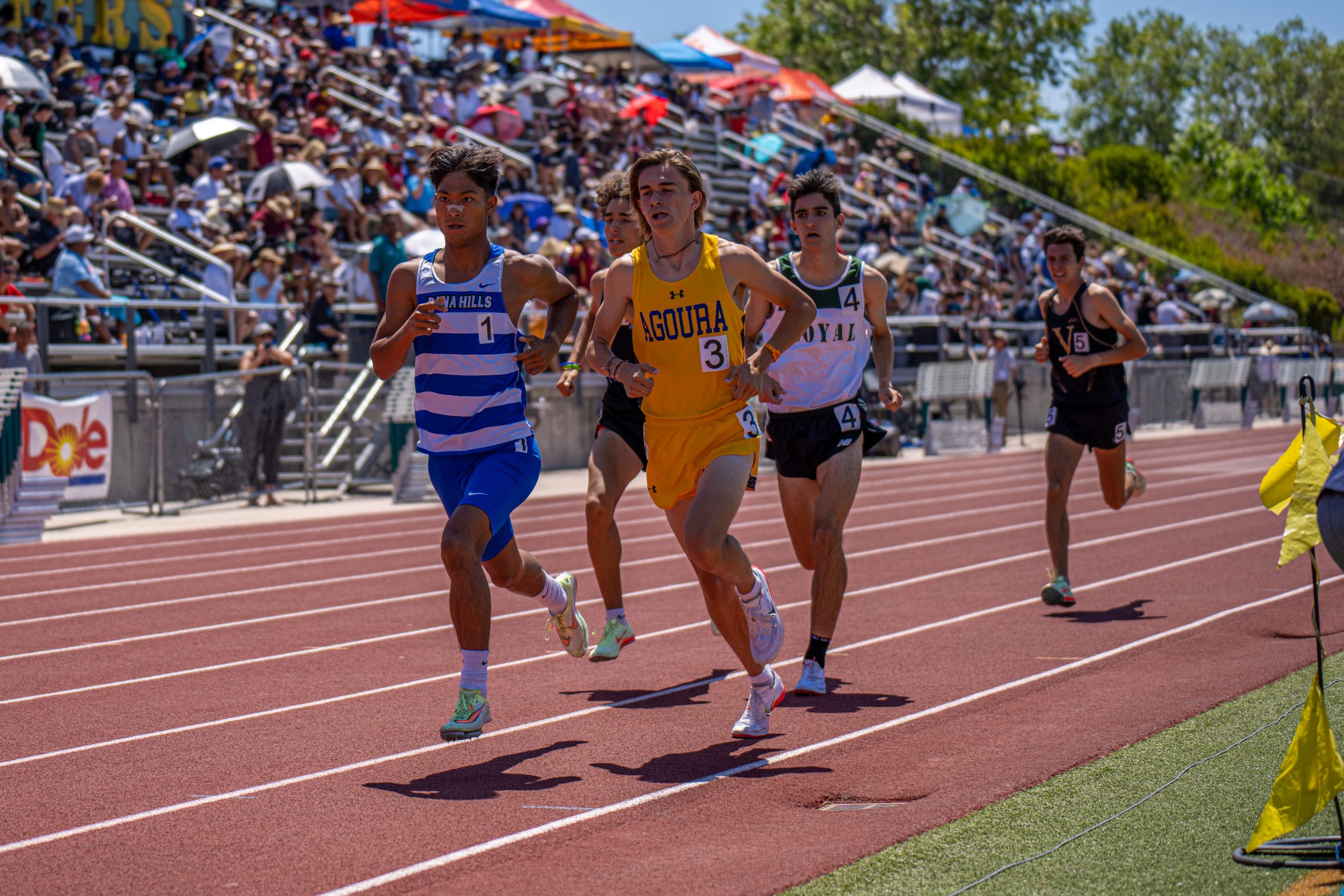 Dana Hills senior runner Jai Dawson finally claimed his CIF-SS track crowns and two of the Dolphins’ five entries that advanced to the Masters Meet with swift performances at the CIF-SS Division 2 Finals on Saturday, May 14, at Moorpark High School.

Dawson was once again the star for Dana Hills on the track.

The New Zealand native posted the best time in the boys 1,600-meter run across all CIF-SS divisions on Saturday with a Division 2 championship time of 4:12.55. Dawson finished second in the event at last season’s Division 2 Finals, despite posting his personal record (4:09.26) that day. Dawson has won five of the six times he’s run the event this season, with one second-place finish at the South Coast League preliminaries.

Dawson doubled his CIF-SS championship total with another strong run in the 800-meter run. The senior edged the field by a half-second with a winning time of 1:52.73, which was good for third overall across CIF-SS. Dawson has won the 800 six of the eight times he’s run it this season, with two second-place finishes—at the Arcadia Invitational behind a runner from Utah and at the South Coast League preliminaries.

Dawson’s two events will headline the Dolphins’ five total entries at the CIF-SS Masters Meet, where the top six finishers in each event will advance to the State Championships. The Masters Meet will be run back at Moorpark High School on Saturday, May 21.

The top 12 finishers in the 800-, 1,600- and 3,200-meter runs across the CIF-SS Finals, regardless of division, advance to CIF-SS Masters. The top nine finishers in the rest of the track events, and the top nine marks in the field events also qualify for the Masters.

Markow, a junior, was the defending CIF-SS Division 2 champion in the girls 3,200 and was coming off a personal-record performance in the preliminaries. However, Markow finished nearly six seconds behind the leader and took second in her race at 10:52.48. Markow’s time was the eighth-best across CIF-SS.

Markow was also coming off another personal record in the 1,600 at the preliminaries last week, and she stayed just behind that record pace on Saturday. Markow finished fifth in Division 2 with a time of 4:55.94 and qualified in seventh overall. Freshman teammate Annie Ivarrson finished seventh in Division 2 with a personal record of 5:03.96, but she missed a Masters qualifying spot by just more than three seconds.

Junior vaulter Allison Karner rounded out Dana Hills’ Masters qualifiers with a fourth-place finish in the Division 2 girls pole vault. Karner cleared 11 feet, 6 inches, which equaled the ninth-best mark across the CIF-SS Finals and placed her 12th of the eventual 19 qualifiers for the Masters.

Elsewhere in the Division 2 Finals, senior Sienna Frederiksen finished ninth in the girls 400-meter sprint with a time of 60.55, and the Dolphins’ girls 4×400-meter relay team finished fourth at 4:00.16.