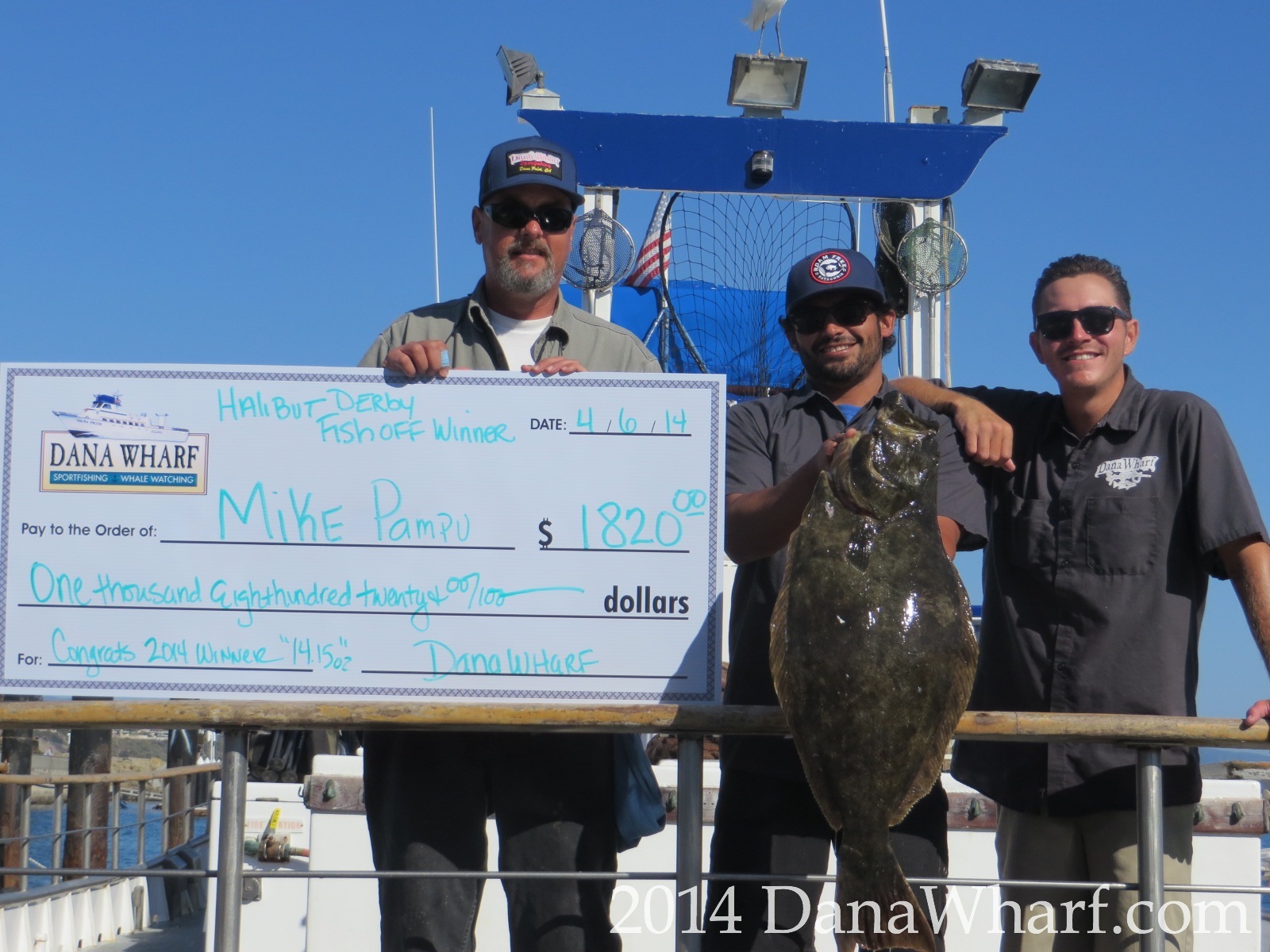 After catching a large, 40-plus pound halibut back in October, Staff Sgt. Stephen Green almost repeated his feat at the Dana Wharf Sportfishing & Whale Watching one-day “fish-off” on April 6.

When all of the top-25 anglers who entered the contest came back for the one-day fishing excursion on Sunday to compete for the remaining prize money, Green was in the top-3, but was bested by Mike Pampu from Upland, who reeled in a 14.15-pound halibut and claimed the $1,820 prize.

The halibut derby lasted six months and Green’s fish sat atop the standings for almost five.