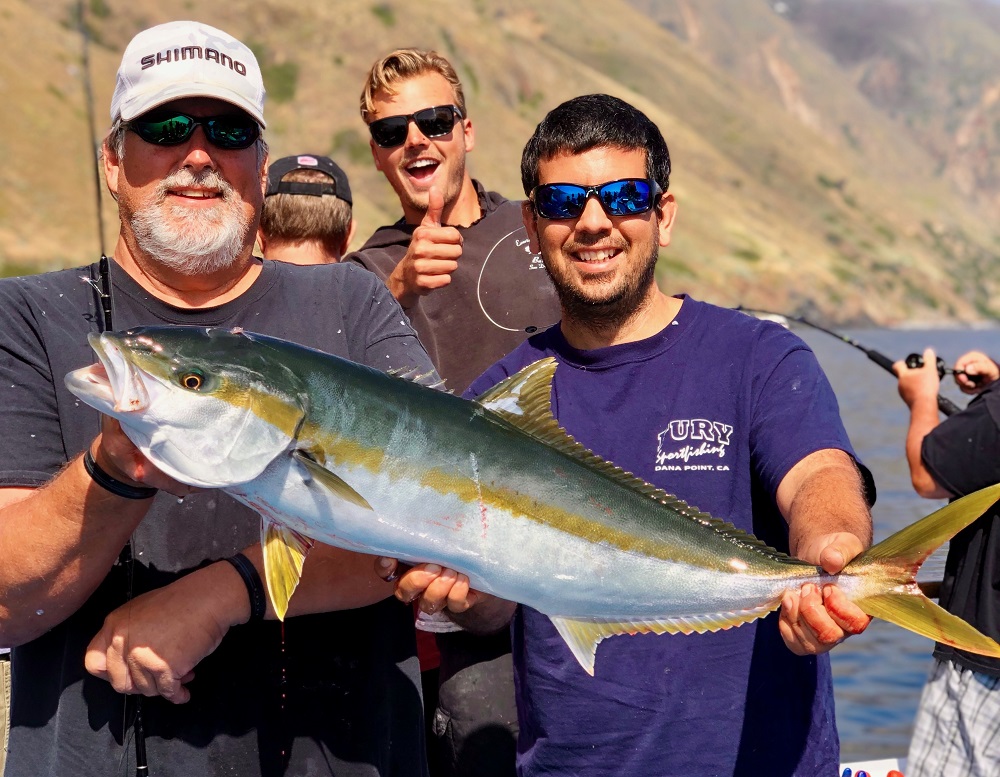 The June gloom has had a hold on the weather, but other conditions have counteracted it for a rise on the coasts at Dana Wharf Sportfishing & Whale Watching.

In his weekly report, Captain Brian Woolley said that the lack of wind has helped to not spread the cooler water temperatures, and the coastal waters have perked up on the half-day trips. Bass fishing picked up with some fly-line fishing on the surface and a strong reaction to the chum the boats have laid down. Sheephead and sculpin joined bass in the half-day counts.

The three-quarter-day trips are still fishing deep to the bottom. Woolley said that rockfish move around more than people expect, and the rockfish had been pushed from the hard rocks into the mud. Boats had to use side scan to locate the fish, and they grabbed plenty of vermilion rockfish and sculpin.

Once again, the Fury made its way over to San Clemente Island, but the catches are down there recently. Woolley said there is “still good signal over there,” but there haven’t been as many yellowtail catches as the previous few days. Still, the trip was able to get a variety of bottom fish, calico bass, sheephead and bonito.

The Fury is now also offering 1 ½-day trips with options depending on how the fish trend. It can still head to San Clemente Island if the yellowtail is the best option, but it could also head south if the signs for bluefin are good. The Fury has Mexican permits available if they do go for the bluefin.

Here are the latest fish counts out of Dana Wharf Sportfishing & Whale Watching: