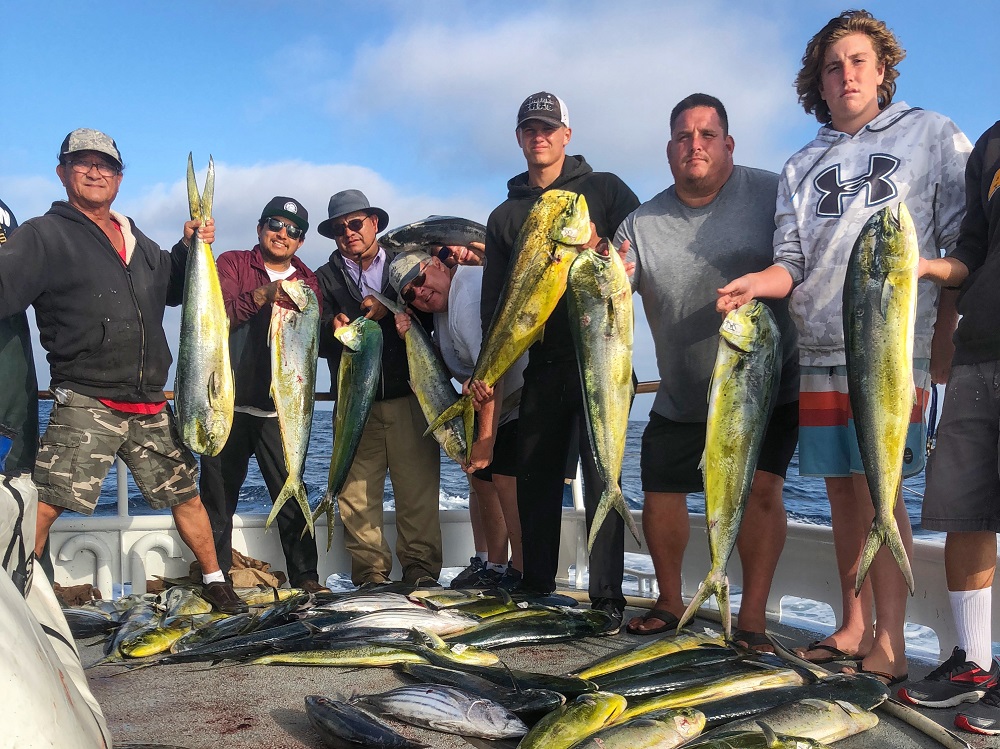 In his weekly report, Captain Brian Woolley said the fleet “got a taste of some super fun offshore fishing” throughout the week. There were some good signs early in the week, and when the conditions opened up later in the week, the group was able to take advantage.

Woolley said the dorado has been the highlight. The dorado were plentiful out in the open water. Private boats have pressured the dorado, so Woolley and Co. kept tabs on the fish later in the week.

Despite the pressure, nearly every trip boast were able to hook into some dorado. Last Thursday, the Sum Fun pulled in 71 dorado with only 20 anglers with the fish weighing between 8-20 pounds. The dorado trips were also grabbing some skipjack along the way.

Bass fishing took a dip this week with some cooler water and winds. Woolley said he expects things to straighten out to get the bass fishing rolling again.

Another highlight of the week, an angler on the Boardroom caught a 170-pound blue fin tuna overnight last weekend near San Clemente Island.

Here is the latest fish count out of Dana Wharf Sportfishing & Whale Watching: