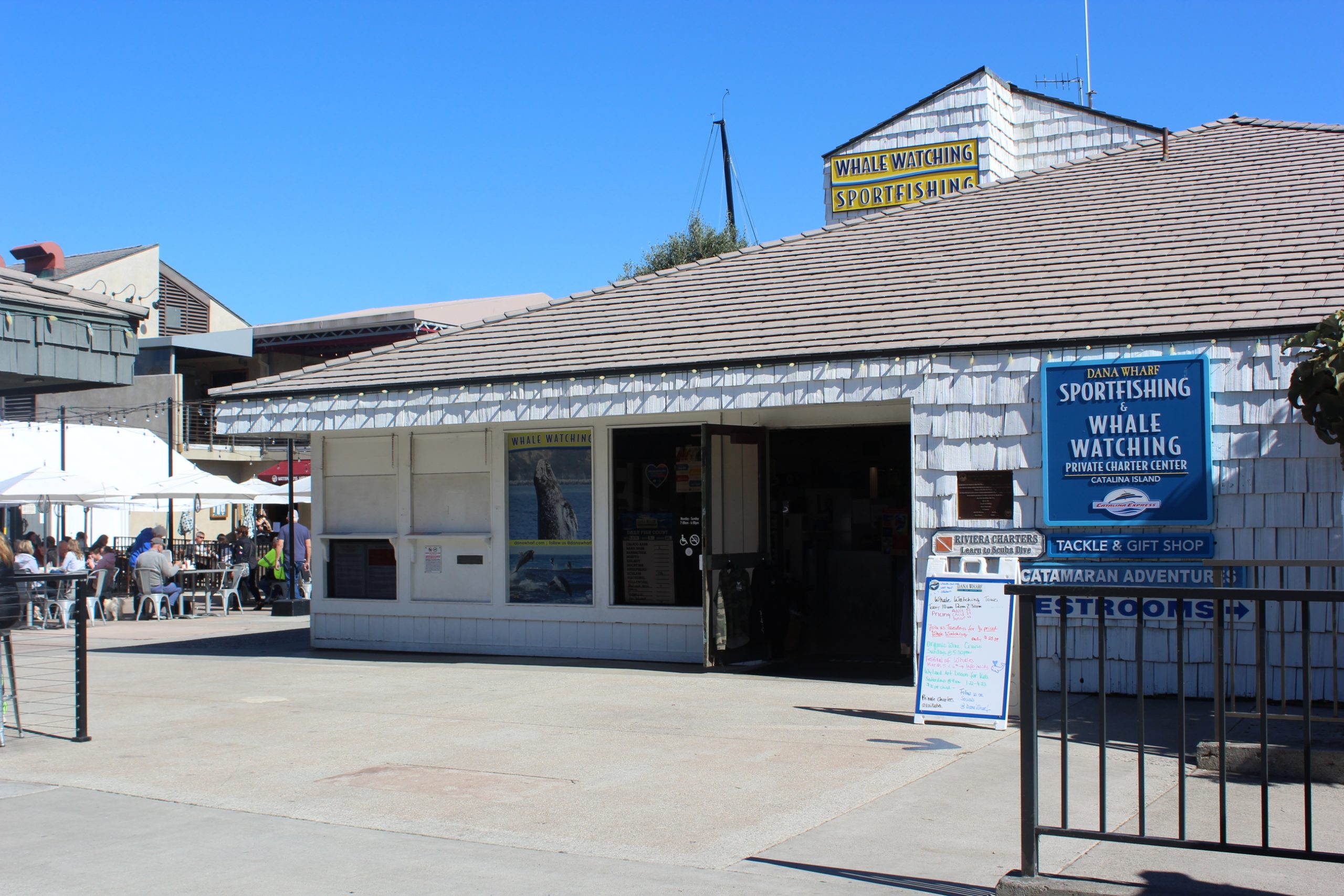 Dana Wharf Courtyard to Be Dedicated to Founder Don Hansen

Bartlett announced that she intends to have a bronze plaque placed in the courtyard, officially recognizing the area as Hansen Plaza. The plaque will detail Hansen’s legacy as a pioneer of whale watching and sportfishing in Southern California.

“Don Hansen was synonymous with whale watching and sportfishing in Dana Point,” Bartlett said in her announcement. “His passion for sharing his love of the ocean and these amazing creatures with residents and visitors alike, put Dana Point on the map and left an indelible mark on our community.”

Hansen started the local whale watching company at the harbor in 1971. He took over the San Clemente Sportfishing, Inc. in 1966 and moved the business to the newly built Dana Point Harbor, where he established Dana Wharf.

“It is important that visitors know the story of Don Hansen, and that much of what they see today in the Harbor would not exist without him,” said Bryon Ward, president of Burnham-Ward Properties and a partner of Dana Point Harbor Partners.

“We will ensure that the plaque we create to honor Mr. Hansen will be incorporated into the harbor revitalization so that future generations know Don Hansen’s story and the legacy he left behind,” Ward added.

While Bartlett had initially planned to rename Puerto Place as Don Hansen Way, she explained in her announcement that the “the proximity of Hansen Plaza to Dana Wharf Sportfishing & Whale Watching seemed more fitting and is supported by the Hansen family.”

“Our family wishes to thank Supervisor Bartlett for her constant support to make sure that our dad’s memory is very meaningful and ensures his legacy will live on forever through the Hansen Plaza,” said Donna Kalez, Hansen’s daughter.

Plans for a dedication ceremony of the new Hansen Plaza are in the works.

“Our family loves the idea of a Hansen Plaza in honor of our father, Don Hansen,” Kalez said. “Friends, family and visitors alike can gather at the Hansen Plaza, and a plaque will explain to all what his contributions meant to the community.”

In addition to the courtyard, a city street in the Dana Point Harbor will also pay tribute to Hansen’s memory. The city met with Kalez to decide on the location and signage. City Council voted unanimously at its Feb. 15 meeting to install the 8-foot-wide, 4-foot-tall sign that will read “Don Hansen Memorial Drive” on Dana Point Harbor Drive, just past Park Lantern.

Hansen is also credited with being the first to offer whale watching in Orange County and launching the Dana Point Festival of Whales, which is set to celebrate its 51st year on March 4-6. The upcoming Festival will also be dedicated to Hansen.