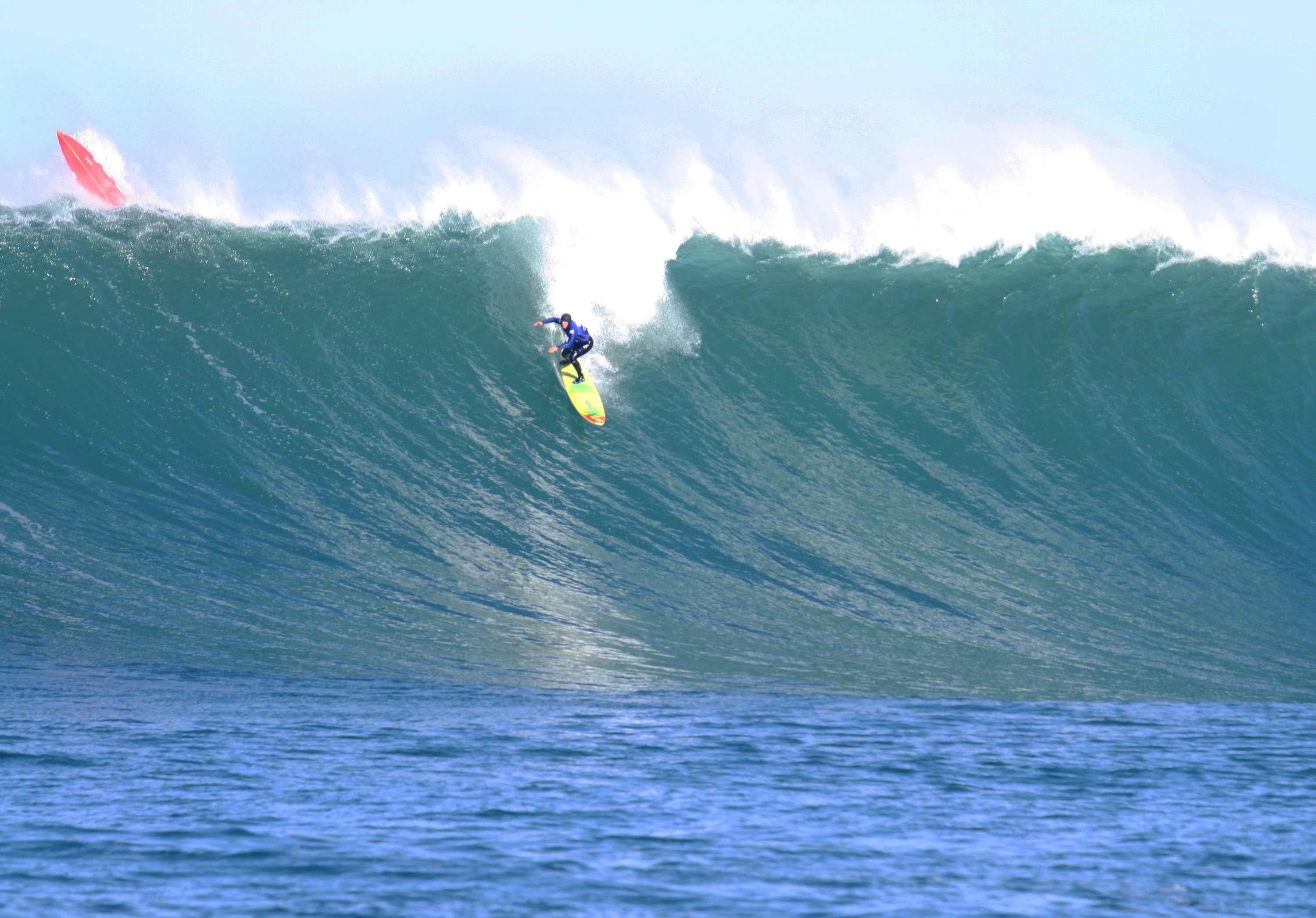 A “maven” is defined as an expert, connoisseur or someone in-the-know. When it comes to conquering giant ocean waves, Dana Point-raised surfer Bianca Valenti has become just that.

The world of professional big wave surfing had its largest gathering of female competitors ever this month and the Xpreshon Big Wave World Tour crowned Valenti its first female champion.

When invitations went out and the Nov. 1 through March 31 waiting period for the Dive N’ Surf Oregon Pro at Nelscott Reef was announced, Valenti marked it on her calendar and got to work.

“Training is an ongoing thing for me, but writing it in my calendar was a reminder to stay focused,” Valenti said. “I wanted to be ready for whenever the event was called on.”

She began rigorous training in the gym, yoga, swimming and breath-holding exercises to prepare for hold-downs.

In an athletic competition that gets the green light only when conditions bring waves in the 30-foot-plus range, being hold-down-ready is an absolute must.

The notoriously treacherous break, off the central coast of Oregon, met the 30-foot minimum and the event was a go on March 12.

Despite having suffered a knee injury while surfing in December and Nelscott being only her second time in the water since being cleared by her doctor, Valenti was ready.

Before being invited to the event, her career had included surfing at the elite level in both longboard and shortboard contests as well as years of experience riding big waves just for the challenge.

Her big wave dreams began during college after getting pounded at Ocean Beach in San Francisco.

“That day the waves were in the 15- to 20-foot range, big and perfect. I was so bummed I got demolished,” Valenti said. “It really motivated me to reach a new level of comfort where I could ride waves of that size because they looked so fun.”

She participated in a three-woman expression session at a Big Wave World Tour event in 2010 but this was her first pro big wave contest. This first ever BWWT women’s roster hosted eight of the world’s best and most well-known female big wave pros, including Hawaiians Keala Kennelly and Paige Alms.

Each surfer’s top two waves—on a scale of 1 to 10 with the highest wave score being doubled—were combined to determine the final score. Risk equals reward according to the BWWT rulebook, as the system ensures a surfer with an exceptional ride—taking off in the most critical part of the wave and exhibiting control—will beat a surfer with two “safe” rides in the 4- to 6-point range.

“It was an awesome drop, super fast and steep,” she said. “As I paddled back out, the water safety crew was giving me the thumbs up. It was a great feeling but I knew I needed a back-up wave.”

With just five minutes left in the heat, Valenti locked onto a wave that was barely missed by runner-up Andrea Moller of Brazil. Valenti’s second score came in at 6.83 for a grand total of 23.83 to Moller’s 19.37.

While Valenti said she was thrilled by her victory, satisfaction also came from being part of the advancement of women’s professional big wave surfing.

“It was a huge success for all of us. They gave us a chance not knowing what to expect. So to have so many of us show up charging, I think broke ground,” Valenti said.  “Down the road, I’m hoping this leads to a full women’s world tour. Whether that happens or not, I will keep competing, pushing for sponsorship, chasing swells and elevating my game by surfing bigger and better waves.”

Valenti grew up in Dana Point, graduated from St. Margaret’s Episcopal School in 2003 and UCSB in 2007. She now lives in Mill Valley and is co-owner of Valenti and Company, a new Italian restaurant in San Anselmo, set to open at the end of the month.