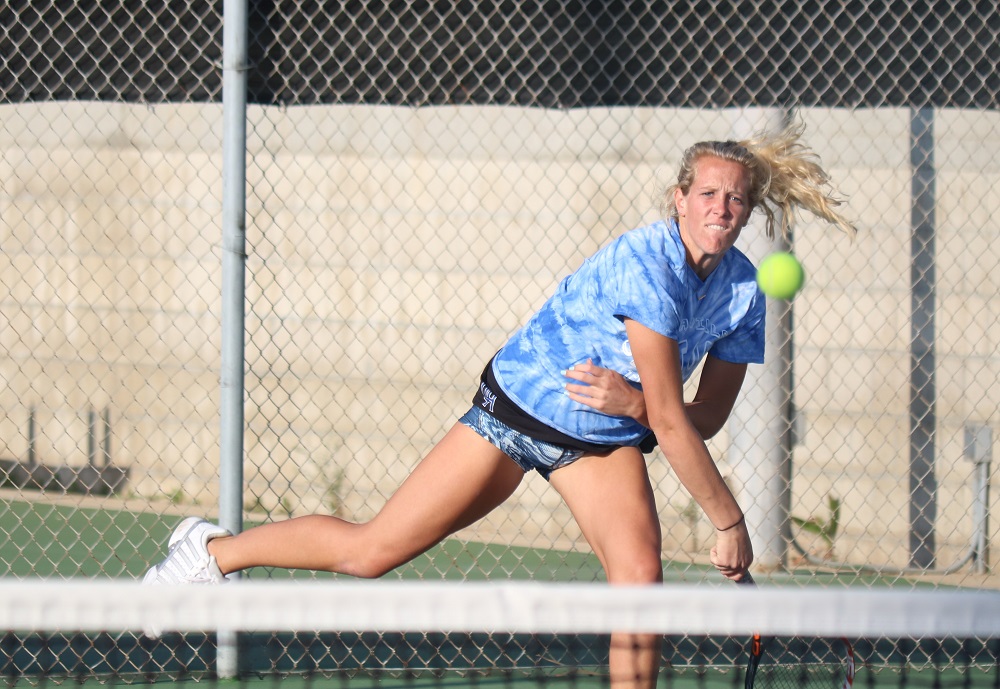 Drae Fresenius has a twin sister, Stila, and both played for the Dolphins girls volleyball and tennis teams. The two play together as a setter and hitter on the volleyball team, but they do play apart on the tennis team. Even there, both are half of different doubles pairs.

However, no matter where she was, Drae Fresenius was always a standout.

For her efforts and accomplishments, Drae Fresenius has been chosen as the Dana Point Times’ Girls Athlete of the Year.

Fresenius was also unique in competing for the volleyball and tennis teams in the same season. There are plenty of dual-sport athletes at every school, but that’s usually done with a fall sport and a spring sport or winter sport. Fresenius tackled both at the same time.

On the volleyball court, Fresenius was vital to Dana Hills’s success as setter. Fresenius’ passes would dictate where the ball would go and who was getting the kill. Her sister, Stila, was the main kill force for the Dolphins, and the twin connection was undeniable, with Drae routinely contributing at least 40 assists per match.

On the tennis court, Fresenius had two doubles partners during a successful season. In the regular season and team playoffs, Fresenius paired with Megan Delery as the Dolphins rolled to their 20th consecutive league title. Dana Hills continued on to its 12th CIF-SS Final in program history, where the Dolphins took runner-up honors.

Fresenius and Swift dropped only two points in the CIF-SS Sectionals and advanced to the round of 16.

Fresenius will play volleyball at San Jose State next season and was named to the Dana Hills Wall of Fame.