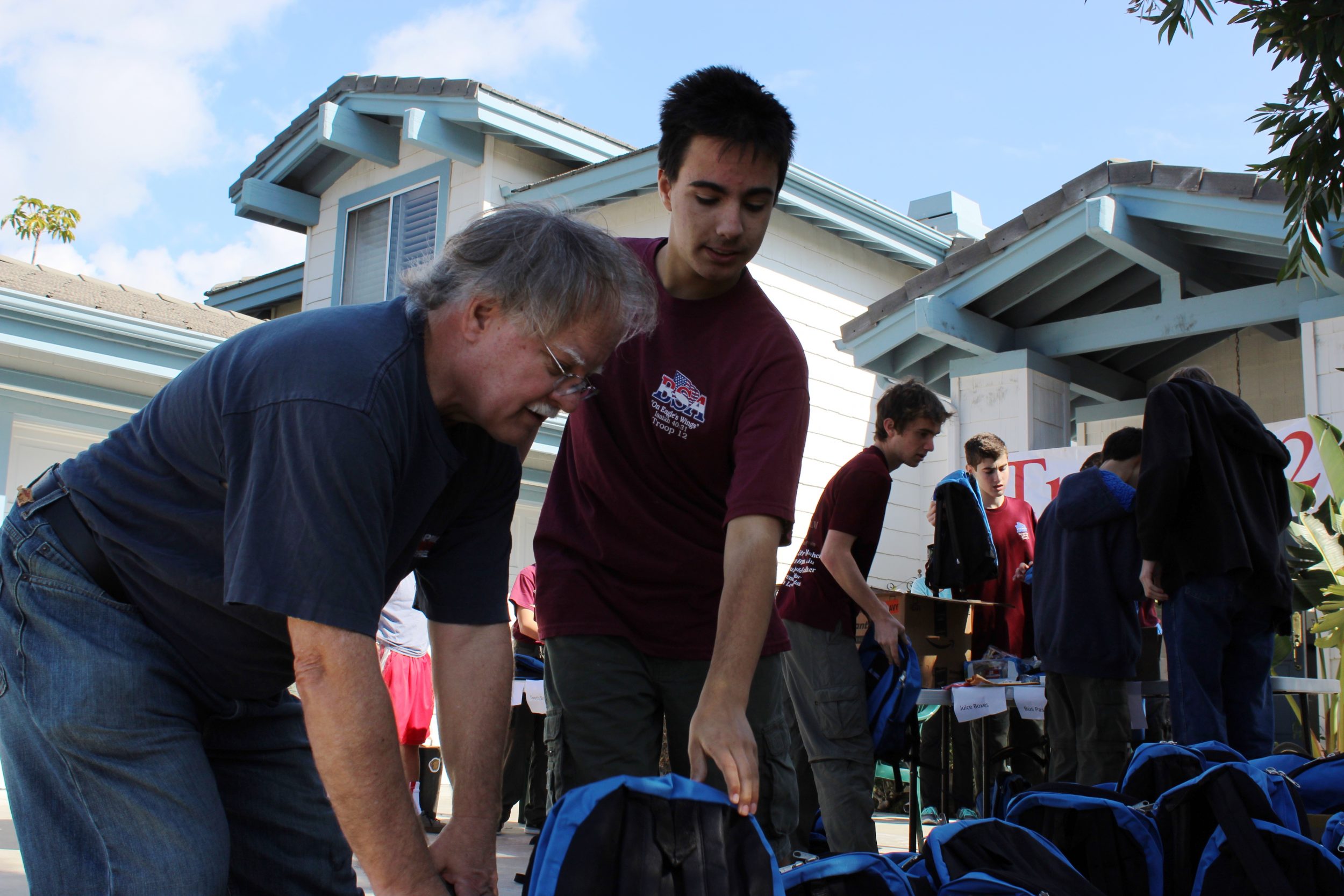 Danny Dubois, 16, works with his fellow scouts of Troop 12 on his Eagle Scout Project at his Dana Point home. Photo: Kristina Pritchett

Danny Dubois, 16, worked on his Eagle Scout Project over the weekend. He plans to donate more than 100 backpacks to homeless in the area. Photo: Kristina Pritchett

Danny Dubois pushes plastic into the trashcan while working on his Eagle Scout Project. Danny collected backpacks and supplies to give to the homeless in the area. Photo: Kristina Pritchett

Danny Dubois and his father, Dan, organize the backpacks he will give to the homeless in the area as part of his Eagle Scout Project. Photo: Kristina Pritchett

A Dana Point teen has been working toward earning his Eagle Scout rank for months, and in doing so, he’s one step closer to helping the city’s homeless population.

“I just thought homeless people needed some help,” Danny said about the reason for his project.

Danny has been able to raise more than $3,000 for the care packages, which will be given to I-Hope, a charity helping the homeless in Dana Point.

He said he was happy about raising the money, especially since his goal was $1,500.

Danny’s parents, Dan and Mary, said he’s been working on the project since October, and was able to put together more than 100 backpacks over the weekend with the help of his troop, Troop 12.

“I encouraged it,” Mary said about Danny’s choice in project. “We see homeless people everywhere, and lately it’s been cold and rainy and they’re getting kicked out of places.”