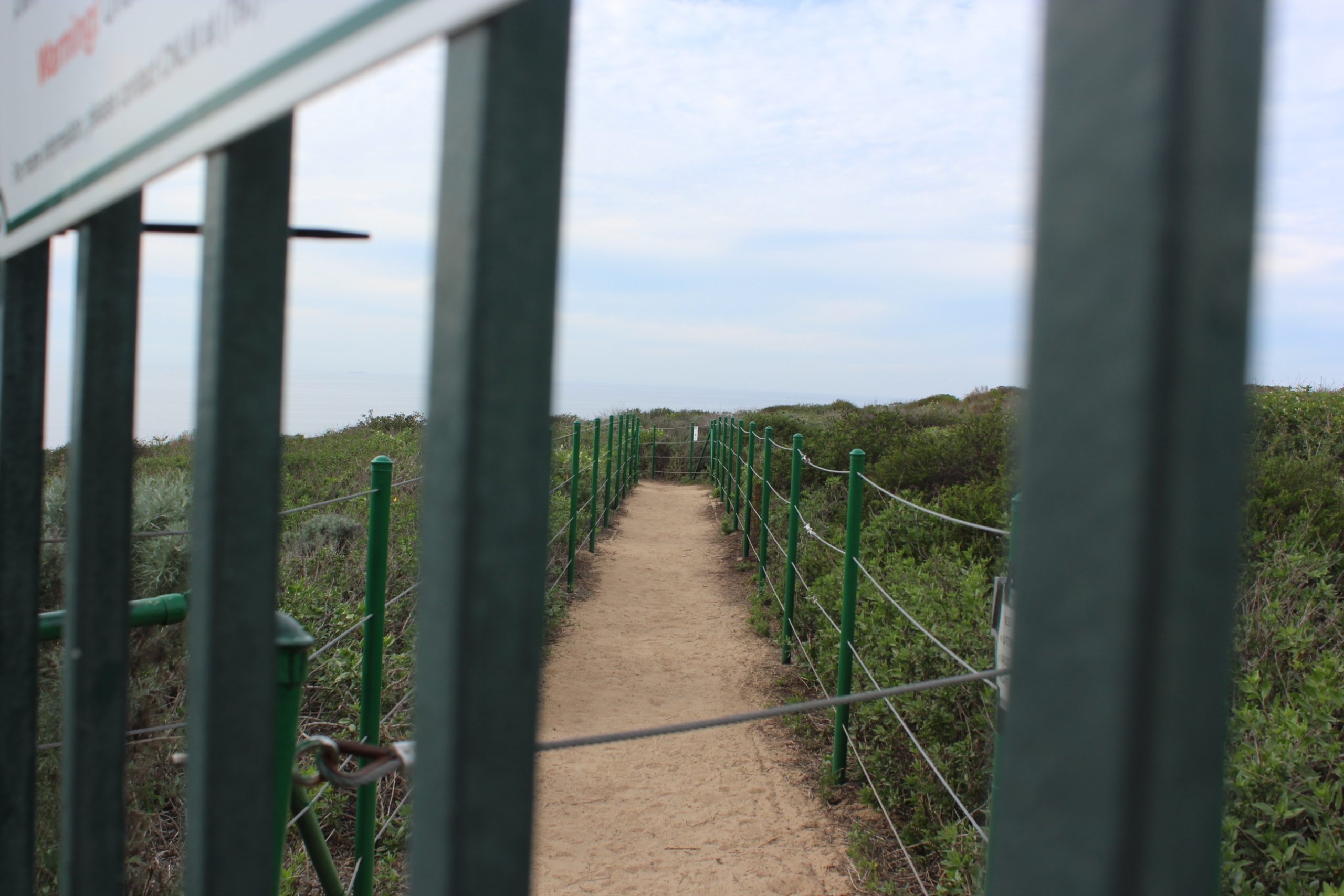 The City of Dana Point is suing the Center for Natural Lands Management (CNLM) for restricting access to a public trail it manages on a 29-acre coastal preserve since the start of the COVID-19 pandemic.

In a lawsuit filed on Jan. 21, the City of Dana Point argued that the center, a nonprofit tasked with protecting West Coast preserves, has unlawfully restricted public access to the ​​blufftop Nature Trail and Dana Point Preserve.

“Simply put, the Center for Natural Lands Management is trying to keep the public out,” Dana Point Mayor Joe Muller said in a press release. “When we agreed to development on the Headlands, we required, in exchange, public access to these beautiful trails and coastline for our residents and visitors.”

In a statement regarding the city’s lawsuit, CNLM defended its decision to continue restricting the trail’s access, citing scientific studies that have concluded that the sights, sounds and smells of visitors can harm protected species, especially when visitors go off trail.

“We understand the public’s interest in walking on the trail, and we intend to continue to provide public access,” CNLM said. “But it’s also our responsibility to safeguard the sensitive natural resources along the coast, including the endangered species that, unlike ourselves and other hikers, do not have other options for their well-being.”

Since its opening in April 2010, the Nature Trail has allowed public access from 7 a.m. to sunset, seven days a week. In response to the pandemic in March 2020, the city closed the public trails it manages and CNLM closed the blufftop Nature Trail for public safety.

By mid-May 2020, the City of Dana Point reopened its public trails in accordance with state and county health guidelines.

From mid-October 2020, CNLM allowed limited public access from 9 a.m. to noon on Tuesdays and Thursdays, the lawsuit states. The lawsuit added that the city advised CNLM that the hours did not meet the requirements set on the nonprofit organization for public use, and requested that the trail’s operating hours return to 7 a.m. to sunset, seven days a week.

In mid-June, CNLM increased the trail’s hours of operation to 8 a.m. to 4 p.m. on Tuesdays, Thursdays and Saturdays. On June 18, 2021, the City of Dana Point issued CNLM a Notice of Violation to encourage the organization to resume regular hours of operation for the trail.

According to CNLM, the city has fined the center $500 for every day that the preserve is not open.

“Trying to protect these species while simultaneously providing access to the public for their enjoyment has been a challenge for the Center,” CNLM said in its statement. “When the trail on the Preserve was closed in March 2020 due to COVID-related public health directives, Center staff took the opportunity to revisit the amount of public access, the impacts on the Preserve and its resident species, and the growing scientific literature that revealed impacts from public trail use on natural areas.”

In early September 2021, CNLM filed a complaint, appealing the city’s citations for closing the trail. The lawsuit filed by the City of Dana Point is a cross-complaint against CNLM.

CNLM argues instead that opening the trails from 7 a.m. to sunset puts species that reside at the preserve at unnecessary risk when they are most vulnerable, at dawn and dusk.

The city’s lawsuit claims that any changes to the hours of operation for the trail would require a Coastal Development Permit.

The lawsuit also says that the California Coastal Commission asserted in November 2021 that CNLM must apply for a coastal development permit (CDP) from the City of Dana Point, specifically for the purpose of changing the hours of operation.

The Coastal Commission, according to the city’s lawsuit, stated that without obtaining a CDP to set hours that restrict public access to the trail, CNLM is in violation of the Coastal Act.

“People want and need access to the outdoors and fresh air for walking, hiking, jogging and bird watching,” Muller said. “This entire trail system is fundamental to our city’s commitment. Despite the city issuing numerous citations against CNLM over the past several months, CNLM has been unwilling to abide by our original agreement, which is why we are now forced to take this latest action.”

The City of Dana Point is seeking the maximum penalty authorized by the Coastal Act: $15,000 per day that access to the trail was restricted. The lawsuit states that the city is requesting a total of $9.18 million, reflecting the 612 days and counting that the trail has not resumed the pre-COVID hours of operation.