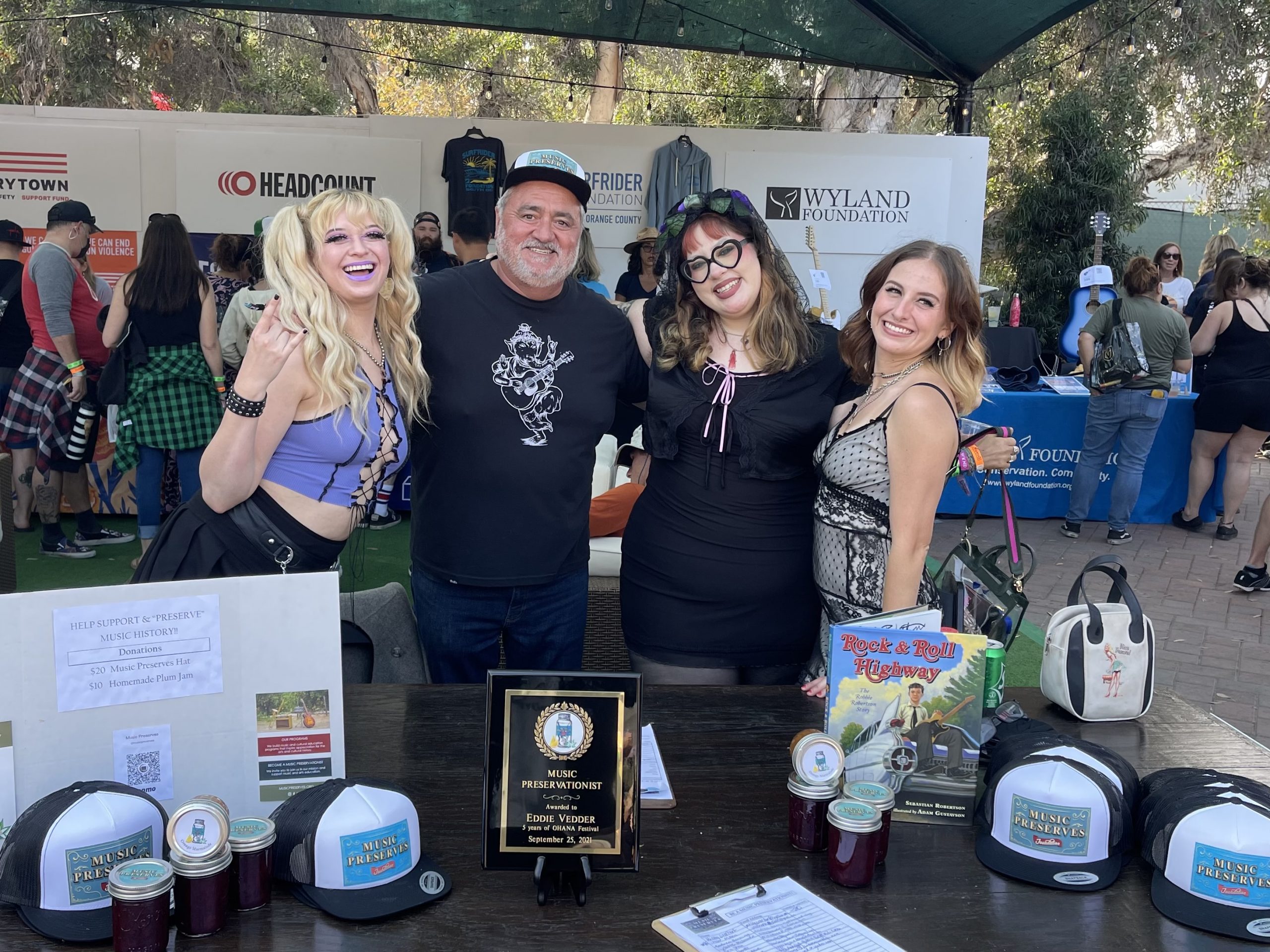 Last weekend, Ohana Festival returned to Doheny State Beach, a place that host Eddie Vedder himself has referred to as hallowed ground. The thunderstorm that caused a temporary weather delay and crowd evacuation on Friday seemed like a sonic boom signaling the return of live rock and roll.

On Friday, emerging Orange County band Greer was in the middle of an outstanding set on the Tiki Stage, when the weather stoppage occurred. “This venue is so cool, and we feel like the people really enjoyed it, despite the weather situation,” said lead singer Josiah.

Greer is upfront about challenges in today’s world.

“We’ve all had struggles, dealing with grief, acceptance and mental illness, and we’ve bonded as a band because of it. We express those feelings in sound and there’s a bit of chaotic anxiety in our music. We hope our music encourages people to make music of their own, to get creative in exploring their own emotions,” bassist Seth shared.

Having recently opened for The Flaming Lips and signed to Epitaph Records, Greer has a new EP coming out Nov. 5, and the excellent video for their single “Happy People” is out now. More info at greertheband.com and Instagram: @greertheband

Kings of Leon had to cancel their appearance as Friday headliners, as the true band of Followill brothers went to be with their mother, Betty Ann Murphy, who passed away on Friday. Condolences and love to the band and their family and friends.

The Aquadolls, graced the Tiki Stage on Saturday with a rowdy set that engaged the crowd from the start. Lead singer and songwriter Melissa Brooks shared, “We really got to expand our show this year, use the bigger stage to do more energetic stuff versus 2019 on the Storytellers Stage, where the vibe is very chill.”

Brooks continued, “We’re pulling from personal stuff inside of us and talking about things very few people want to talk about, especially mental health.”

With Keilah Nina on bass and Jacqueline Proctor on drums, The Aquadolls video for the new single “Disappearing Girl” is out now, and upcoming tour dates will be announced soon. More info: the-aquadolls.com and Instagram: @theaquadolls

Shout-out to Celisse, whose scorching solos during Brandi Carlile’s set on Sunday exemplified the powerful performances of the women at Ohana Festival, including Carlile, YOLA, Sharon Van Etten, and Maggie Rogers.

After closing out last Sunday with an out-of-this-world show, Pearl Jam returns to headline both dates of OHANA Encore this Friday and Saturday, Oct. 1-2. Friday’s bill includes Beck and others, and Saturday’s lineup features Brandi Carlile, Margo Price and Sleater-Kinney. Ticket info: ohanafest.com

Music Preserves Foundation was honored to be among the Ohana Festival nonprofit partners, sharing with festival attendees about our cultural history programs in the schools and community. We’ll be at Ohana Encore with other nonprofits including Doheny State Park Foundation, Surfrider Foundation, Wyland Foundation and Surfers Healing. More info: musicpreserves.org

Anthony Small is Executive Director and co-founder of Music Preserves Foundation, a local musician and former City of Dana Point Arts and Culture Commissioner. Small and his family have lived in Dana Point for 23 years.