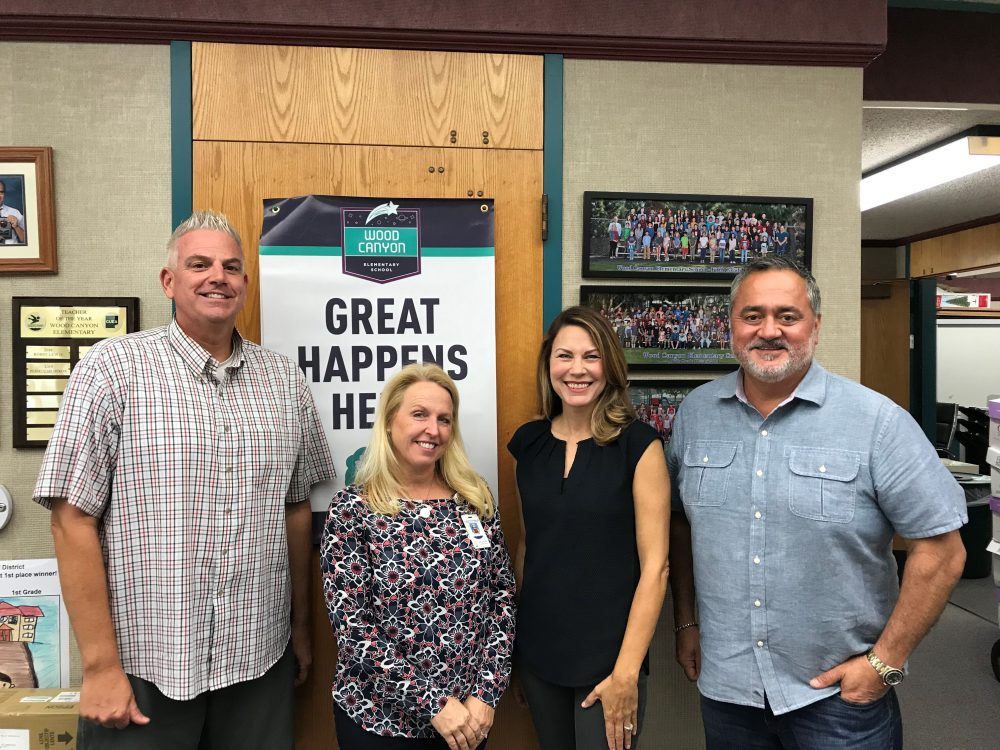 This Sunday, August 18, from 3 to 6:30 p.m. at Sea Terrace Park, is the “End of Summer Luau” at Dana Point Concerts in the Park. It’s literally a rocking picnic with 5,000 of our neighbors and friends.

The festivities include performances by local band Tunnel Vision and Surf City All Stars, as well as an exciting “halftime” Polynesian dance show by Island Inspirations. There will be a special “Surf Safari” area with boards, local shops and surf vehicles on display. Eric Diamond will be painting a vintage board on site to raffle off at the end of the concert, as a fundraiser for Dana Point Surf Club. Music Preserves Foundation will have our “Jam Stand” info booth there, and a variety of local nonprofits including Monarch Beach Sunrise Rotary will be in attendance. This iconic event is a major part of Dana Point’s musical identity, and I’m so grateful for it. Playing the concert over the years with my band, Small World, is on my life’s highlight reel, for sure.

City Manager Mark Denny says, “Dana Point’s Recreation team led by Sherry Murphy has worked really hard this year to produce a Summer Concert Series Dana Point can be proud of. The crowds this year have been a great recognition of their work, and we really appreciate all the extra effort they have put in to make the concerts something people really enjoy.”

Recreation Manager Sherry Murphy adds, “The 2019 Dana Point Concerts in the Park series has seen record-breaking attendance this summer, in particular the August 4 concert featuring Queen Nation with an estimated 8,000-plus in attendance. The City has been putting on the Concerts in the Park series for over 28 years, and over the last 10 to 12 years, the concerts have grown in popularity.  We strive to produce an outstanding music series for the public to enjoy, with selections of a variety of music genres featuring local talent and the very popular tribute band experience.  The concerts draw not just Dana Point residents, but residents from all over Orange County. To produce a quality concert series, it takes a lot of planning, coordination and hard work from our dedicated city staff, Starway Productions, our stage and sound vendor, our volunteers and all of the local nonprofit organizations that have fundraising or informational booths at each event.”

The fun continues after Labor Day with Ocean Institute’s legendary Tall Ships Festival taking place September 6-8. Started in 1984, the festival highlights California’s rich maritime history and our connection to the ocean. There are boatloads of fun to be had at their evening ticketed events, Sails and Ales on Friday and Saturday nights. Music Preserves Foundation has curated the bands for the events, and we’ll interview Rod Piazza and Billy Sherman and friends before their performances, talking about the history of West Coast blues and West Coast surf ska and reggae.

September will continue to rock with the fourth annual Ohana Festival September 27-29. Headliners include Red Hot Chili Peppers, The Strokes and, of course, your host, Eddie Vedder. Ohana has expanded the Storytellers Cove with the Storytellers Stage Presented by Zippo. Come get inspired by a collection of pro surfers, conservationists, National Geographic photographers. Music Preserves Foundation is honored to be included and will have a slot on the Storytellers Stage.

The County of Orange and OC Parks add to the mix with their own Summer Concert Series at Bluff Park at Salt Creek Beach on Thursday, August 22nd with local legends Family Style and Tijuana Dogs and Thursday, August 29 featuring Lit with opener Crash Boom Bang. This free event opens at 5 p.m. for guests to enjoy the food trucks and beer garden and the concerts are from 6 to 8 p.m.

Make sure and mark your calendars for the Dana Point Lantern District Car and Motorcycle Show, to be held on Sunday, September 22 from 10 a.m. to 3 p.m., presented by the Dana Point Chamber of Commerce and sponsored by Dana Point Harbor Partners, City of Dana Point and the Toll Roads.

A special shout-out and job well done to Rachel Kupfer-Weinstein. On August 4, I attended her Art Community Showcase, which was part of her Girl Scout Gold Award project. The Gold Award is the Girl Scouts’ equivalent to an Eagle Scout. Rachel developed a week of arts workshops for kids, each day having a different discipline. It was taught by Rachel and her friends from South Orange County School of the Arts, and the students who participated performed pieces they worked on at the workshops at San Juan Capistrano Community Center.

Anthony Small is the Executive Director of Music Preserves Foundation, Chairman of the City of Dana Point Arts and Culture Commission and a singer-songwriter. Small and his family have lived in Dana Point for 22 years.

Guest Opinion: Newspapers’ Role in the Time of Coronavirus

Letter to the Editor: Measures H & I Didn’t Pass, but You Can Still Help