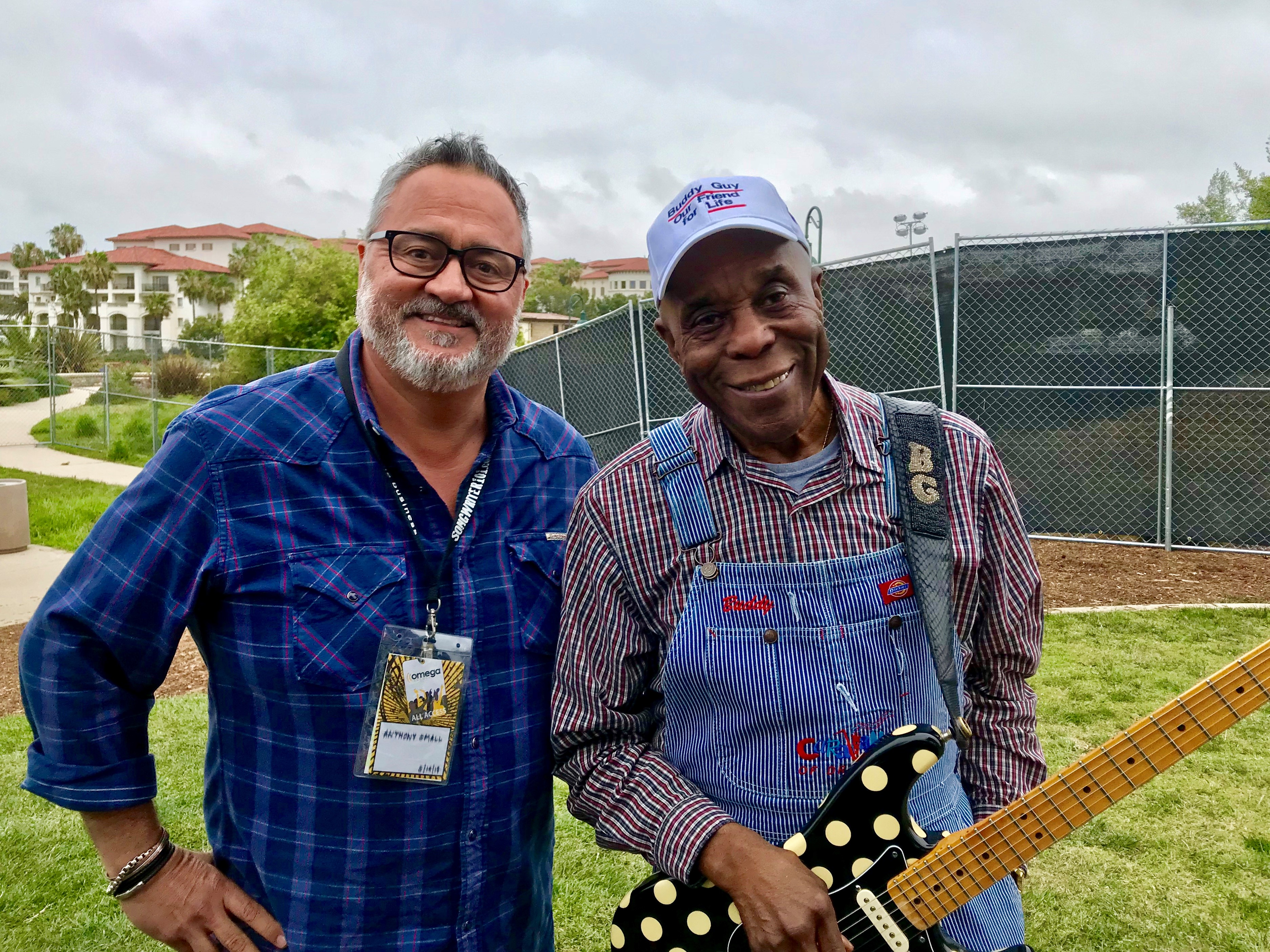 Dana Point ROCKS by Anthony Small: Blues By You

The iconic Doheny Blues Festival will return to Sea Terrace Park on May 18-19 with one of the strongest lineups in years. Headliners Ben Harper and the Innocent Criminals and Jonny Lang will be joined on the bill by Blues legends Taj Mahal, Robert Cray and John Mayall, as well as the next generation (literally) of Blues hotshots including Marcus King Band, Allman Betts Band and North Mississippi Allstars. Devon Allman and Duane Betts are the sons of Allman Brothers Band royalty Gregg Allman and Dickey Betts.

The North Mississippi Allstars’ Luther and Cody Dickinson are the sons of Memphis musician and producer Jim Dickinson. (Luther is also a former member of The Black Crowes). Marcus King also performed songs primarily by The Black Crowes with Chris Robinson in the band As the Crow Flies. More on passing that torch to the next generation in a moment . . .

There are also some fan-friendly changes this year, and festival producer Omega Events President Rich Sherman shared these thoughts: “Every year, we try to enhance the festival using feedback from the attendees, so after surveying 2018 fans, we made a few changes. First, we moved The Backporch Stage from its former location in the Food Court, because it was a bit crowded down there last year. Plus, we put all the artists on two main stages, so that everyone can see all of the music with no overlapping sets. We are also excited about introducing the Music Preserves Stage, as this should be an awesome setting to listen to guest speakers and catch a different side of the artists . . . as they all talk about the importance of preserving our music history.”

Music Preserves Foundation will also be taking local music students backstage to have exciting in-depth conversations with Duane Betts and Jonny Lang, immediately after their respective sets on Saturday and Sunday.

“We are looking forward to hosting artists and music historians on the Music Preserves Stage and discussing the history and cultural significance of the music. It will be a great opportunity to learn about the blues from their perspectives,” said Music Preserves President and co-founder Patti Compton.

Kid Ramos added his thoughts. ”I’m trying to teach Johnny that we stand on the shoulders of the people before us,” he said. “If we stand on the foundation of the history of the music, we can take it to the next generation. I’ve taught him that by looking back, we are able to make a more informed view looking forward.”

Full disclosure: this reporter is the Executive Director and co-founder of Music Preserves Foundation, whose mission is to inspire and educate our community through the preservation and presentation of music.

The Levin Letter: A Year of Progress for South OC